The Frowning Pony
srsbsns
We'd like to have a system for the featured image where one recent (<1 week) image is featured for 3 days, then an older image (not everyone's been in the fandom since S1 or scanned through the whole site) for another 3 days, and repeat. Preferably these are images that either somehow slipped by unnoticed or are absurdly remarkable.

So here's where you can call attention to images

They must be SFW (Safe, Suggestive or Semi-grimdark) and Preferably either somehow slipped by unnoticed or are absurdly remarkable. Keep in mind that we already have the 4 "3 day top scoring" images "featured" as well, so it doesn't make much sense to nominate something that's comfortably sat there already (unless it's bloody amazing). Keep in mind that an image might have a low score here (especially older pics) but have over 4000 faves on deviantArt.

And needless to say bickering in this thread about what gets featured and what doesn't or whatever else.

Note: please link to pictures using >>######t. Yes the post preview doesn't work with that but it will work when you actually click Post.
Posted 6 years ago Report
Link Quote Reply

The Frowning Pony
srsbsns
List of images already featured can generally be found with this tag.

Or in this thread.
Posted 6 years ago Report
Link Quote Reply

More than 1 week but within 1 month:

Posted 6 years ago Report
Edited 5 years ago because: images have been featured
Link Quote Reply

h
@The Smiling Pony
I thought you said alternating between less than 1 week and an older pic. Was my 2 way back pics not good enough?
Posted 6 years ago Report
Link Quote Reply
ЅℰℒᎯℙℋℐℰℒ

Pomegranates :P
If only we had the list of Featured Images from Old Ponibooru. Then we would be able to add them along with Derpibooru's Featured Image.
Posted 6 years ago Report
Link Quote Reply

✨DRAW MORE FLEETFOOT✨
@Grieffon
I was heading to bed and no one had suggested anything new, so I chose a recent safe high scoring image as I didn't want to spend more time hunting through old images or taking two suggestions from the same person.

Plus it being blatant TSP bait served its purpose of making people look for this thread. Maybe by the 14-15th there are a few more people suggesting images.

Some random old ones:
This image is blocked by your current filter - click here to display it anyway

EDIT: welp one of them has (at the time of writing) a score of 53. That's quite high for my standards O.o

h
@The Smiling Pony
So… any chance for those 2 to get picked?
Posted 6 years ago Report
Link Quote Reply

By which I mean I dunno, site has a lot of images =/

I'll bug another mod into choosing what to feature on the next go.
Posted 6 years ago Report
Link Quote Reply

☀Welcome Princess Celest
Some from way back on derpi
>>3980

Blows my mind how this stuff goes unnoticed.

If derpi had video support this would be on the list too.
>>573622
Beautiful animation.

@Grieffon
That Vinyl Scratch deserves to be noticed, it was also the very first pony pic I used as a screen saver.
Posted 6 years ago Report
Link Quote Reply

bg pony nymphomaniac
Is it bad to suggest own artwork? Because the amount of nonpopular background ponies is too damn low.
Posted 6 years ago Report
Link Quote Reply
ЅℰℒᎯℙℋℐℰℒ

Pomegranates :P
This image is blocked by your current filter - click here to display it anyway

h
What about cosplay?

Man, what's with the constant suggesting of already high-scoring images (especially the way back ones)? I think there even was some already +350 ponykillerx pic in there somewhere.

@bluemeganium
Don't see why not. Though it's kinda flipsided I think. If every artist started suggesting his or her own pics only, while it would be a great way to feature new/upcoming/relatively unknown artists, it shouldn't get to the point where this thread consists of nothing but "Pick me next! Pick me!" if you catch my drift. I guess trying is okay though?
It'd also better be really good if it has to compete with really cute princess twilights etc.

@Grieffon
I… don't know. If there's one single thing that everyone on here has (or should!) have in common, then it's definitely ponies. Anthro, humanized, cosplay and irl humans, even equestria girls; they're all, well, still very pony-related, but at the same time, they're also not ponies. Like, there might be a few users that actively dislike the pony that happens to be featured at any point in time, but there might be (and I'm pretty sure there is) a much larger part of the userbase that passively dislikes (ie, hide) things other than pony.

I should add that I'm totally biased in this, since I hide anthro, humanized, irl human, etc on my alt account. I'm also not going to promise that if a cosplay like the one you gave as an example got featured I won't downvote it, because I know I will. There's a reason there's no irl human cosplay in my favourites
Posted 6 years ago Report
Link Quote Reply

h
@barbeque
Yeah, I don't like cosplay either, but that one is particularly great.

Man, what's with the constant suggesting of already high-scoring images (especially the way back ones)? I think there even was some already +350 ponykillerx pic in there somewhere.


The two last ones in my first post, one has less than 100 and the other less than 50. PICK THEM! PICK THEM!

(Sorry, those two are among my all-time favorite, it's such a shame that not many knows swaetshrit)
Posted 6 years ago Report
Link Quote Reply
ЅℰℒᎯℙℋℐℰℒ

I think I remember it as the 100K post on that site. I wonder if this image was already posted on this site.
Posted 6 years ago Report
Link Quote Reply

✨DRAW MORE FLEETFOOT✨
It is now.

Kind of off topic.
I recall it was already posted on this site a long time ago. Have images been disappearing from this site, even though there is no DNP, rule violation, or take down requests involved?
Posted 6 years ago Report
Link Quote Reply

Pomegranates :P
>>4346t
This image is blocked by your current filter - click here to display it anyway

Profesional Disappearer
I nominate these 3 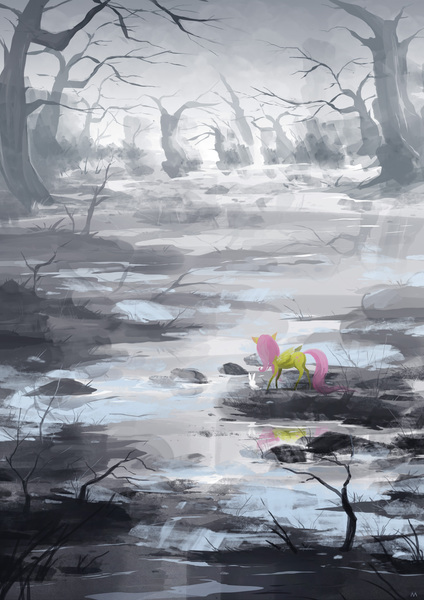 ☀Welcome Princess Celest
Some for the recent side, all < 1 week

@barbeque
I don't think the 350+ one was 350+ when I linked it, maybe a dupe got merged.
As for the rest I personally don't think they are that high scoring in comparison with newer stuff.
Posted 6 years ago Report
Link Quote Reply
Interested in advertising on Derpibooru? Click here for information!