@Ohvist
Bionicle was LEGENDARY.
Also the “it’s just an ad for toys” is a weak excuse and claims G4’s success was because we liked the toys for 10 years and nothing else.
Posted 2 days ago Report
Link Quote Reply 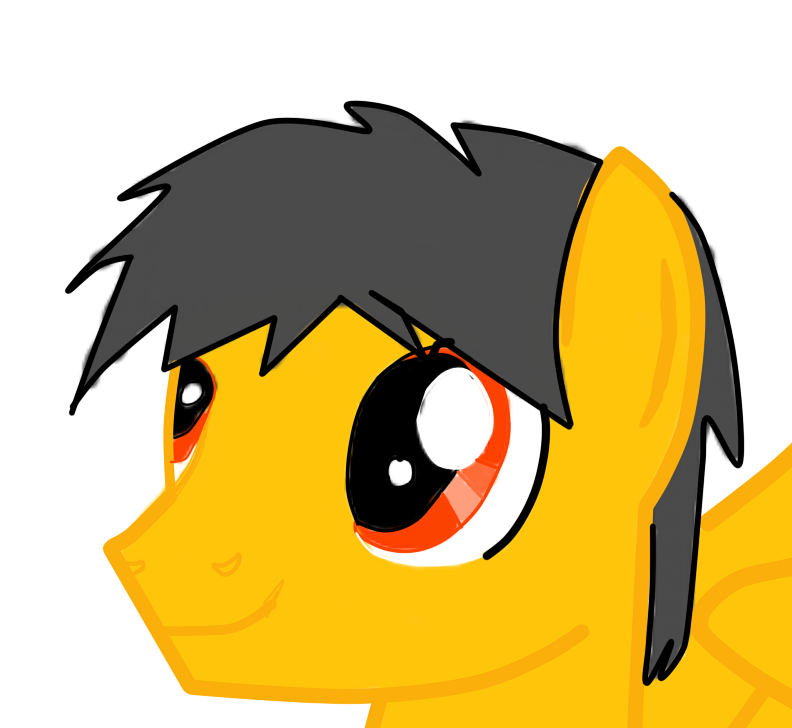 @northern haste
yes but no, because in the case of the king sombra it was when the comics were neither canon nor relevant and later the comics began to be canon and to have connections with the central series but not being indispensable (the series directly ignored the reformed shadow same as the comics but the comics did not ignore the events of the series so as not to create plot holes)
that is the problem, that now if they want to connect and be something relevant or important the comics and things like bringing an old discord, explaining the origin of the crystals and how the chaos started while in the animated and what is the main thing they bring? villain OC alicorn?

Enter if you dare
@Gmaplay
kind of like how the comics reformed sombra But was still evil when he returned in the show.
The comics also showed us the dazzlings Banishment and end the show showed us a completely different version

@northern haste
So why do they put such important data and put interesting or important plots in comics if they are not going to matter or since they are made by different people then it is going to be irrelevant?
before they could do what they wanted but they didn’t put important things about the series in the comics (imagine that twilight had become an alicorn in the comics and not in the series and appears in the next season as an alicorn)

Enter if you dare
@Gmaplay
Again the comics are still made by completely different people. Just because the comics said something doesn’t mean the show is going to say the same thing
Posted 3 days ago Report
Edited 3 days ago
Link Quote Reply

@northern haste
This time it is different because a doubt or question that is asked in make your mark is: who created the crystals? and here we see that the comics clearly say that it is twilight who created them so… unless they ignore their own comic yes or if they will have to answer it like that in the series
Posted 3 days ago Report
Link Quote Reply

@Ciaran
If it was so simple, then why did I manage to create such a huge fan base? I say if that was all it was about, people would have forgiven transformers for example for making those mistakes and would never have failed
Posted 3 days ago Report
Link Quote Reply
Background Pony #6736
@Ciaran
@Ohvist

You really are overthinking this.
Remember that it’s an ad for toys.

Now I’m thinking of Mel Brooks’s lines on “moichandising” from Spaceballs. Are you saying it’s where the real money from the comic is made or something?
Posted 3 days ago Report
Link Quote Reply
Ohvist
@Ciaran

You really are overthinking this. Remember that it’s an ad for toys.

Enter if you dare
@Daneasaur
Again not lasting forever is not the same as failing.the comics are still made by completely different people the g4 comics never left an impact on the show i Don’t think this will be different
Posted 5 days ago Report
Link Quote Reply

Moderator
友情は魔法だ
@Daneasaur & @Gmaplay
Or maybe someone thought it would be nice if the voice talent from G4 got a cut of the movie revenue. Hell, they even managed to update their trademarks for basically free, avoiding the mistakes they made with some of the G1 and G2 assets.
You really are overthinking this. Remember that it’s an ad for toys.
Posted 5 days ago Report
Edited 5 days ago
Link Quote Reply

@Gmaplay
It fits with modern writing; “destroy and slander the heroes who worked hard for a positive outcome, they weren’t “really” all that good and were total idiots, not like our NEW protagonist who never makes any mistakes and is perfect from birth in every way.”
Posted 5 days ago Report
Link Quote Reply

@Daneasaur
It is the worst of all, and if it is Hasbro’s fault because by force it wanted to link g5 as a sequel to g4 when it was thought of as a separate story, if it were separate and those who committed the bad acts or mistakes were others that we do not care about It would be perfect and interesting to think who those were and not that the fault lies with the protagonists that they developed for 10 almost 11 years
Posted 5 days ago Report
Link Quote Reply

@Gmaplay
This is why G5 having anything to do with G4 makes the entire G4 cast look like complete and total buffoons, all so the G5 gang can “do it right this time.”
Posted 5 days ago Report
Link Quote Reply

@Daneasaur
literally that ended up making the g5 clear, so why did they stop cozy and starlight if twilight would do it on a planetary scale almost a week after the epilogue?
Posted 5 days ago Report
Link Quote Reply 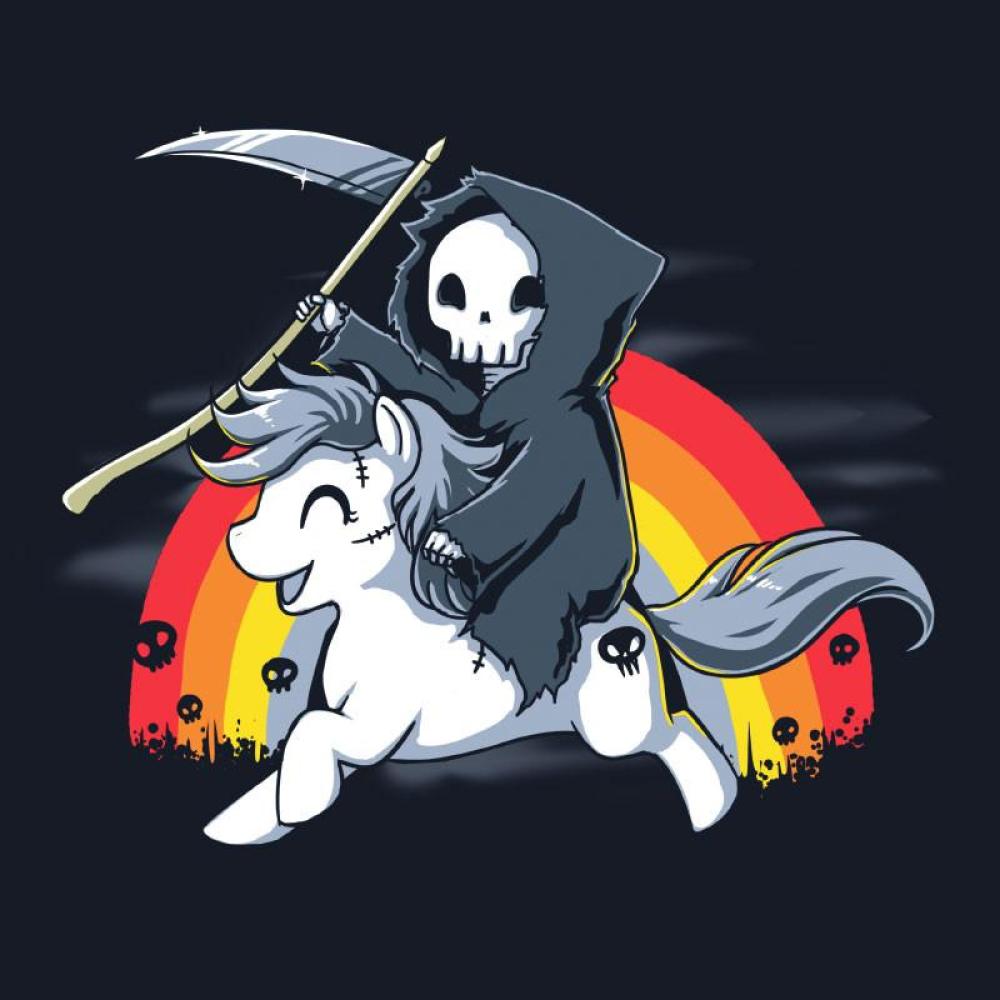 This… is like two-thirds the premise of Harmony Theory.
Only really stupid and nonsensical.
Posted about a month ago Report
Link Quote Reply
Ohvist
@TOMNICE

They defeated all kinds of villains before. Yet they could not face one pony spreading racist BS? A slow burn could have made more sense.

There was an all-too perfect catalyst to ferment distrust with because of her unique condition. Someone whose very existence would have served to divide ponies in ways long after her imprisonment.
You know very well who I’m talking about.
Can you imagine how many times a war broke out because a child was killed or just hurt in Media? Especially in such a highly ambiguous situation like was presented in Season 9. Sure, they were trying to destroy Equestria at the time, but let them slowly think things out later on, start to ask uneasy questions such as “Where’d Cozy Come From?”, “Who are her Parents?”, “Is it right for Adults to be Forgiven but not Children?”, “Is there a fine line?”
Having Cozy Glow remain stoned indefinity while Unicorn Criminals that had done far more lasting harm such as starting cults, waging wars, or enslaving other creatures are allowed to walk freely will really give plenty of ammunition for the Pegasi to break away from Equestria…
Posted about a month ago Report
Edited about a month ago
Link Quote Reply

@TOMNICE
it’s hasbro, if with transformers they made this mistake not once but too many times (transformers beast machines, energon, age of extinction and the last knight, RID 2015, ETC) I’m not surprised they did it with FIM, basically fuck everything what our heroes did, everything goes back to how the other series started and we have to do it all over again but shitting on the legacy of the series that gave us the most popularity or that went well and if we can get “in the mood with the boys” with current trends better
Posted about a month ago Report
Link Quote Reply

Hungarian G1 pony fan
“Let’s do a SVTFOE! Bcuz people really loved that, right?”
Is it really hard to just make the devision happen hundreds of years after the mane six or make a better reason for this? Also, trying to justify this with “no one is perfect” is dumb. The mane six has their own strenghts and weaknesses but those still do not hold up anything about why they would do something like this. They defeated all kinds of villains before. Yet they could not face one pony spreading racist BS? A slow burn could have made more sense.
Posted about a month ago Report
Link Quote Reply
Background Pony #467B
@Daneasaur
Its funny how you enjoy projecting. But yes, continue to make a fool out of yourself for us. Though its not like you are actually gonna respond because we are apparently not cool for you. Or you refuse to actually listen
Posted about a month ago Report
Link Quote Reply