Hello everyone! As we reach the end of 2021, it’s time to begin our annual massive art collaboration project! I know some people have been asking about this, or getting excited to the point where they’ve already submitted their character over a month early (looking at you, Bolt). So without further ado:
The 2022 Derpibooru Community Collaboration Project has begun!

What is the Derpibooru Community Collab?

The Derpibooru Community Collab is an annual event on Derpibooru where hundreds of artists and fans gather to create a massive group photograph showing off all the original characters of the Derpibooru community and beyond. The event is open to everyone, regardless of if you’re an artist, a member of the site, or just someone who has an OC they want to show off.
For example, here is the 2021 Community Collab, featuring over 1500 characters and drawn by over 600 artists:

How do I get my OC in the photo?

It’s simple! Just upload (or commission and have the artist upload) a picture of of your OC posing for the metaphorical camera, and then add the 2022 community collab tag to it. That’s all there is to it! As long as your submission meets the rules and guidelines below and has the tag, it’ll be added to the image.
It is very important that you add the 2022 community collab tag to your image. If the tag is not on your submission, then it will not be included.

When are submissions due?

The goal of this collab is to allow everyone to show off their current character designs and abilities as an artist. Therefore, please submit some newer artwork – either something drawn within the past few months, or even better, create a brand new image for the collab! We won’t say “no” to an older image, as we understand that not everyone has time and we want as many people as possible to be involved, but please do not resubmit an image that was already in a previous collaboration.

There’s no specific theme to the collab. However, since the previous two collabs have been against Autumn and Winter backgrounds, I feel like it’s time for something warmer .
This year’s collab will be set against a beach background, so if you’d like to draw your character dressed for some summer fun, feel free to! As always, this is completely optional. And remember, the collabs are rated “safe”, so please keep things rated G or PG.

Since characters should be facing the camera, it’s preferable that they either be looking straight towards the viewer (portrait view) or at an angle (3/4ths view), as shown in the below examples. Although allowed, it’s discouraged to submit characters that are looking/facing straight to the side (profile view), as those are harder to place within the image, and likely will be pushed towards the sides of the image.

Accessories and clothing are always allowed and welcome, but due to how crowded the picture will likely be, things may be covered up as well. It’s recommended that any accessories be held close to the character’s head, as shown in the examples below.

If you’d like to submit a photo featuring multiple characters (such as your OC with a friend), that is completely welcome! But again, due to how crowded the image will be, please keep the characters close together and don’t have any large gaps between them. Likewise, if you and your friends are submitting multiple “solo” images that you would like grouped together, please just post such a request in this thread, linking all the images, and we’ll see what we can do!

your current filter.
It is strongly preferred that group photos are submitted as a single image. If you need to submit multiple images that you would like grouped together, you must post such a request in this thread.

Non-canon species are allowed so long as they’re not too far of a departure from a show canon species. There’s not really any clear way to describe it, but just ask if you’re unsure.

Generally, all characters in the image will be standing/sitting on the ground. However, we typically have a few flying OCs in the air so that there is no empty space above the main group. These characters are a subject to quality control, and their owners are strictly encouraged to make their submissions as interesting as possible without going too extravagant. As such, group submissions for flying characters will get priority in our selection process, as well as applications which feature the most interesting idea(s) for the pose/activity.
These applications are NOT first-come-first-serve, you can submit them at any time and have equal chances as those who submit on day 1.
Click here to request a flying spot
The deadline for requests is December 3nd.

But I can’t draw!

Q: How do I submit an OC to this project?
A: Just upload it to Derpibooru, and add the 2022 community collab tag. That’s all there is to it!
Q: I’m not an artist/I can’t draw my OC. Does that mean I’m excluded?
A: Not at all, if you’re part of Derpibooru’s community, or the MLP fandom in general, you’re welcome to include your OC in the project, even if the picture was drawn by someone else!
Q: Can a submission have multiple OCs?
A: Of course! If you would like to submit one image that contains multiple OCs, that is completely welcome! Though it is highly recommended you check with the owners/creators of the other OCs first before doing so.
Q: I hate those rules! My OC/image doesn’t meet them!
A: If the image you want to submit doesn’t fall within the rules for the collab, or would like an exception made, or anything like that, just ask and we’ll can see if we can work something out.
Q: My friend and I are both submitting images, can our characters be placed next to each other?
A: It is prefered that group submissions be submitted in a single image. However, if you need to upload two or more images and wish to have them placed next to each other, you must post in this thread with links to those images. Make sure I reply and acknowledge your request too (I may miss a post or two occasionally). Do not post such requests in the descriptions of images, as they will not be seen there.
Q: If I submit an image of my OC, is it guaranteed to get included in the image?
A: We will try to include as many submissions as possible. However, some submissions may be rejected, including ones that:
→ Are particularly low quality
→ Appear to be made as a trolling attempt
→ Are overly obtrusive (large accessories, action poses that take up a ton of room, etc)
→ Are made using Pony Creator or any other form of image generator
→ Appear too far removed from the MLP universe (Dinosaur OCs, etc)
→ Are otherwise against the above mentioned rules
Q: Will there be badges for this event?
A: Probably. Every year there’s been a badge for anyone who’s character was in the collab, and another badge for anyone who drew someone else’s character for the collab. I retired from staff last year, so I have nothing to do with badges anymore and can’t speak on behalf of the staff, so I can’t promise badges, but I imagine there will be badges.
Q: When will the group photo be posted?
A: When I finish it. I wish I could give you a more direct answer, but it depends on how many submissions there are and how busy I am. It’ll be announced heavily once it is posted though.
Q: I’m not an active member on Derpibooru, can I still participate?
A: Sure!
Q: Do submissions have to be vectors?
A: Not at all! Most submissions are not vectors, in fact. Any form of 2D visual art is welcome, including vectors, digital drawings, and traditional drawings!
Q: I have another question!
A: Just ask! Preferably in this thread instead of PM. Definitely not on Discord.
And that’s about it for this post. If you have any questions or comments, just post here…. Otherwise here’s something cute that has absolutely nothing to do with any of the above:

2022 Collab Coordinator
PM me your cute OCs
@ichiban iceychan 1517
I can’t make announcement banners. I asked one of the admins to post one for me
Posted 7 days ago Report
Link Quote Reply

2022 Collab Coordinator
PM me your cute OCs
@ArmadilloEater
I wasn’t in any particular hurry - that was ichiban :D
Posted 7 days ago Report
Link Quote Reply

I miss the show so much
Oh, here we go again!
Posted 7 days ago Report
Link Quote Reply

Return to the Sauce
Excellent.
I’ll try to get mine in asap as I don’t like cutting it close towards the deadline.
Posted 7 days ago Report
Link Quote Reply

Woohoo!
Not sure if I’ll go through with this, but out of curiosity, would it be a problem to include a breezie character alongside a submission for another character, similar to how people give characters plushies? Both characters in this case would be my own.
Also, any deadlines for the flying slots? Again, not sure if I’ll apply for it.
Posted 7 days ago Report
Edited 7 days ago
Link Quote Reply 2022 Collab Coordinator
PM me your cute OCs
@Litrojia
Yeah, that’s fine. And you got two weeks to submit a request for a flying character
Posted 7 days ago Report
Link Quote Reply

Moderator
Undead inside
Shame my idea involved 3 characters, but I’ll trim it down to two and try for a flying slot with them.
Posted 7 days ago Report
Link Quote Reply

Ocs,Boops,Tickles&Memes
Got aquick question
i wantto include two of my own ocs, but i also have two ocs that are like the “mascot” for a discord server i made and i want to include both of my discord mascots too
would that be allowed? Since the 2 discord ocs were a group effort made by my server
Posted 7 days ago Report
Link Quote Reply 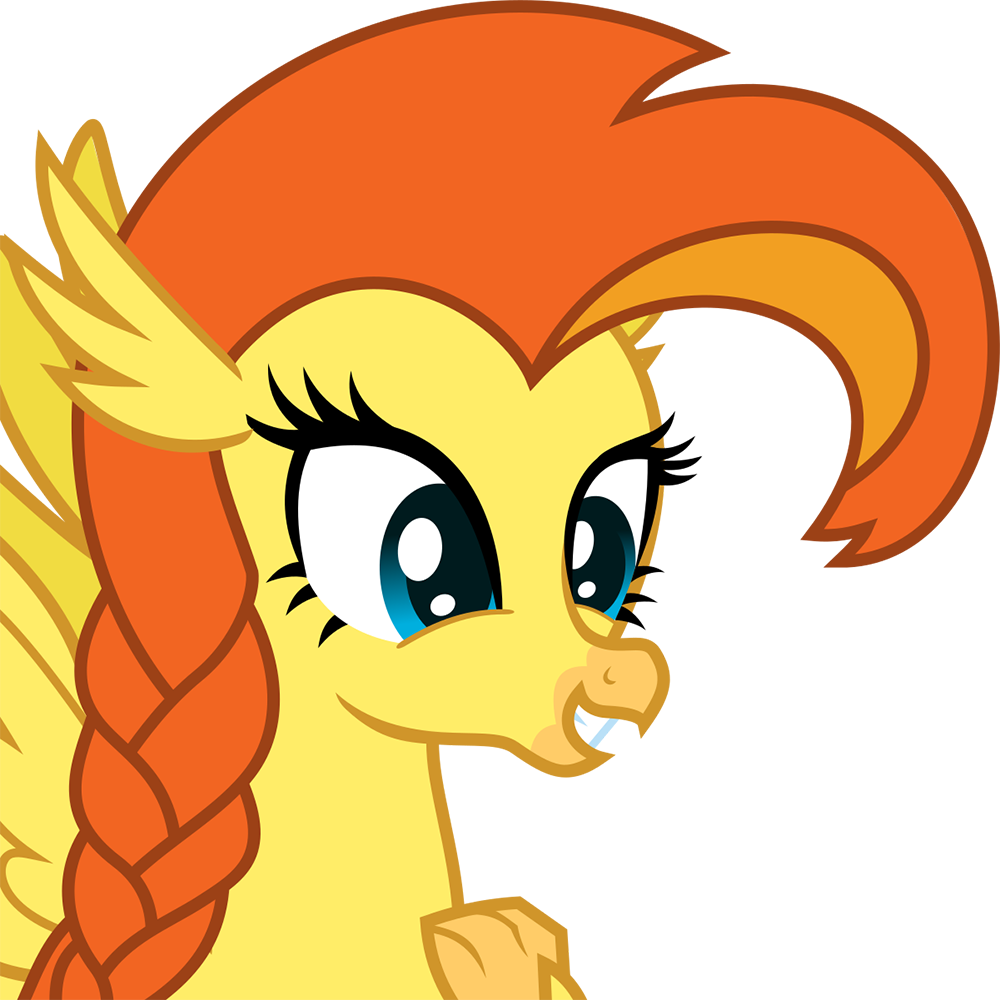 Hug a birb today!
It’s finally here! I love this time of year so much. I can’t wait to draw again its been a while
Posted 7 days ago Report
Link Quote Reply

Complete fool for pegas
Depending how many artists volunteer this year & how busy they seem, I might request someone draw Autumn this year. ^^
@ArmadilloEater

Many of us do just that in fact! x3
Posted 7 days ago Report
Link Quote Reply

Many of us do just that in fact! x3

I mean, here’s my furry oc holding my horse oc:
This image is blocked by your current filter - click here to display it anyway

Undercover feline
Omg, it just begun, amazing! I already had my submission ready since a month ago >•<. I’ll see when I can do something about it.
Posted 7 days ago Report
Link Quote Reply

Moderator
Undead inside
I set up the tag to match the one from last year so hopefully that will mitigate any potential confusion.
Posted 7 days ago Report
Link Quote Reply

sTs trinity
is doing a vector group with a friend’s oc ok, as long as i have their permission to have it?
Posted 7 days ago Report
Link Quote Reply

2022 Collab Coordinator
PM me your cute OCs
@Zaknel
I have no idea what that is. Do you have an example?
Posted 7 days ago Report
Link Quote Reply
Interested in advertising on Derpibooru? Click here for information!