Another dream from an alternate universe in my anthro MLP dreamscape. It was set after the war against the Realm of Shadows, but it still dealt with the activities of the Royal Equestria Security Forces. Commonly referred to as the RESF.

“I hate to break the news to you darling, but that dress isn’t avant-garde. It’s avant-gross!”

The crowd of ponies gathered around Rarity laughed as the unicorn delivered the punchline of her story. The fashionista smiled and took a sip of her champagne and looked around the room. Technically this was the world she yearned for. The realm of high society, fashion, and elegance. However tonight Rarity was here for darker reasons.

The thick, gold hoop earring on Rarity’s right ear started vibrating gently. Excusing herself from the ongoing conversation. The white unicorn started walked out of the main hall; as she did her gaze settled on Octavia who was playing with the other members of a string quartet who were providing music for the event. Rarity’s recommendation had helped the earth pony get the evening’s gig. Like her superior officer Octavia had been able to keep her identity as RESF operative a secret. Their eyes met and the cello player nodded her head as she continued played. Rarity smiled at her and then left the room.

The war against the Realm of Shadows was behind the kingdom of Equestria, but the conflict had unveiled an older and more insidious foe that the Royal Sisters had hoped they’d banished from the realm.

Now the RESF was confronted with addressing this threat. Fortunately some of the Changelings has actually rebelled against their former queen. They’d been essential in helping deal with this foe. Due to their assistance and further field intel from RESF field personnel had led to tonight’s operation.

While Rarity had been critical in organizing covert field operations during and after the war, her role had been a carefully guarded Crown secret. This had allowed to her continue to move through the world of fashion and high society. Tonight she was leveraging that influence to her advantage.

Normal protocol strongly dissuaded senior officers from directly conducting field operations, but Rarity’s influence had enabled her to get a much coveted invitation to tonight’s gala at the estate of one Lord Milky Mane. A minor noble, but prominent individual in Trottingham’s local government. However RESF intel had identified the lord and his family as being directly involved in harboring and aiding Changelings loyal to Queen Chrysalis. Now they wanted to obtain more evidence to see how far the Changelings were controlling the family and other members of Trottingham government.

So for tonight Rarity’s job was to plant several eavesdropping wards around the estate. The main house of the estate had extensive warding that prevented external surveillance. Thus the need for this mission.

Rarity found a quiet hallway in the mansion. She looked and down the hall, then slipped into an empty library and then closed the door behind her. Taking a moment to confirm that she was alone in the room she tapped her right earring twice. With this accomplished she closed her eyes and visualized the face of her favorite sharpshooter Coco Pommel. A couple of seconds later over the sound hissing static she heard the her voice in her head.

Hello ma’am. I’m in position about 500yds from the front entrance I’ve got a clear field of fire if required. Over.

Rarity replied. Very good dear. Please standby. Over. Next she visualized the face of Applejack . Soon she heard her longtime friend.

Evening Sugar Cube! Yer forces are in place and ready fer if ya need them. If ya git inta trouble just give the call and the cavalry will come a calling! Over!

Thank you darling. Hopefully your services will not be needed. Over. Last she visualized Octavia.

Dear. I’m beginning the operation. Please inform me if anything or anypony in the main hall starts acting oddly. Over.

A second or so later the earth pony replied. Of course ma’am. Myself and the other quartet members are taking a break. So I’ll keep my eyes open, and I’ve got my SBR loaded in my cello case if its required. Over.

Hopefully only your musical talents will be needed tonight, but standby darling. Over. With her checks completed Rarity silenced the earring. Then slowly she shook her head. The new, silent sending charms had opened up all kinds of discreet communication. Even through heavy warding, but any extended use left the fashionista with a simply awful headache.

Rarity unzipped the top of her purse. From a hidden compartment in the bottom of the purse she removed a small, semi-automatic .32ACP pistol. Next she withdrew a suppressor and quickly screwed it onto the muzzle of the pistol. She checked that safety was on then she stowed it back into the purse, but she left the purse unzipped

This was suppose to be a stealth mission. However if she was confronted in the next few minutes things might quickly become violent. If that happened she’d have to deal with it. This could be her last resort. 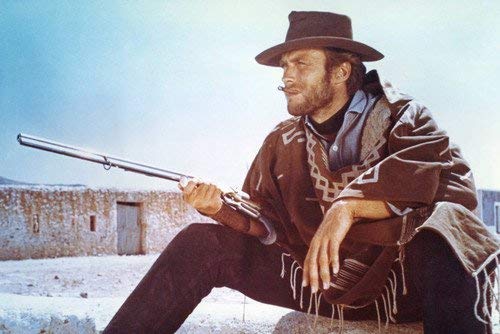