91 comments posted
Background Pony #2625
Can there please be a version of this with demon cozy?
This image is blocked by your current filter - click here to display it anyway

It seems "fitting" for a shipping pic given Tirek already looks demonic. 🙂

:𝐃
@AC97
Either way, I really like the idea of him having something of a personal moral code to what's right or wrong. It makes him even eviler, I think, that to him he respects intelligence and sees hoarding knowledge as wrong, but sees nothing wrong whatsoever with might-makes-right wholesale killing and enslavement. And yeah Discord's pretty smart, but he's also really childish and I figure Tirek would perceive that as stupidity :D
Posted about a year ago Report
Link Quote Reply

I think the reason he kept the deal with Twilight was because he had absolutely nothing to lose by keeping his word, from his perspective. At that point, after taking all the magic from Twilight, he was so powerful, he was pretty much a god, able to take anything and anyone apart effortlessly (outside of friendship magic he seemingly had no idea existed).

For what it's worth (if anything), Tirek did comment "I am surprised that someone with your intellect does not see this 'friendship' is but a new form of imprisonment," before he was really getting into the appealing to Discord's ego. Either way, whether Tirek sees him as such or not, Discord is indeed an intelligent being, and it might've also been that you can't trust a traitor, which Tirek questioning Twilight why she'd call Discord a friend after he betrayed them could point to that being the case.

I did find it interesting that Tirek seemed to display a hint of bitterness towards Celestia and Luna for hoarding knowledge. I think that was also the first time he said either of their names, actually. I don't think he's ever said Chrysalis' name so far.

:𝐃
@Prometheus labs CEO
I wonder if he's classist and only respects intelligence and conniving. He had no problem breaking his deal with Discord, while he's kept his deals with Twilight, Cozy, and Chrysalis. It might be he honors agreements with people he thinks are intelligent as he is, but sees anyone else as not worth the bother. One of his beefs with Equestria is that they hoard and don't share knowledge, and he's from ancient times when "lords" were the educated ones who looked down on others, which kind of goes in line with that :D
Posted about a year ago Report
Edited about a year ago
Link Quote Reply

@Badumsquish
That shred of honor and standards is the reason he lost. without it he would’ve been able to kill the more significant targets after draining them of magic, such as discord, the princesses, and twilight, Removing any chance of them ever being a threat again
Posted about a year ago Report
Link Quote Reply

:𝐃
@Starswirl
I like too how like in one episode (It might have been one of the early releases so) he mentions how ponies hoard knowledge for themselves. I like the implication that he has actual reasons, at least ones that make sense to him, for thinking lowly of ponies (not to mention, that he has standards and some semblance of a moral code) other than just seeing them as free targets :D

@AC97
Ironically, the only reason he failed in the end was not quite being pragmatic enough. Had he just gone that extra step and wiped out Twilight's friends anyways instead of keeping his end of the deal he would have won :P

@Starswirl
@AC97
Yeah. He does seem to have at least some sense of honor and standards. Maybe he deep down actually DOES miss his brother to some degree, but then saw an opportunity to use that medallion to trick Discord that was more important than sentimentality. Then again, maybe it was just a reminder of the betrayal :P

Indeed. The memento Tirek held onto for so long, whether he held onto it for so long for any reason beyond "must not become that weak" or not, using it as part of a lie ended up doing him in.

Though mementos or not, Tirek still doesn't seem to be completely devoid of sentimentality, since he got defensive over "Gram-Gram."

@AC97
Aye. Tirek ket focussed on his goal the entire time. He got tripped up by something he had no way of knowing was going to happen.

Hmmm. Wow, I just realized it now. Tirek was defeated through the medallion he gave Discord. If he hadn't given it to him, Discord would've had nothing to give Twilight in turn. Meaning it was the very symbol of their false friendship as well as the last mememto of his one relationship not based on personal greed that, in the end, did him in. Breaking with his family and that last lie, that was too far.

Tirek seems to have been notably more pragmatic than Chrysalis was in S2 especially, in his debut, rivalling how Sombra was doing in the S3 premiere (not to say he was really stupid in S9 by any stretch, but going with a theory of "Sombra" being a creation of Grogar, I wouldn't blame you for, with the real one regenerating from his horn sometime later or something, I wouldn't use that idea to redeem Sombra though, personally; I prefer him to be irredeemable).

Tirek didn't lose to anything he could've foreseen, while S2 Chrysalis… made a serious underestimation mistake.

Cozy Glow did pretty much everything right too, except for directly jinxing herself, with the Tree of Harmony.

At least with Chrysalis, she's still dangerous without her hive to gather love (and therefore power); being close to Twilight's level of power by default (in addition to being a shapeshifter) is not small fry levels of power by any stretch (she is presumably significantly weaker than Celestia and Luna though), but Cozy Glow could be snapped in half by a lot of characters.

Teamwork is indeed a very nice thing for the three of them. 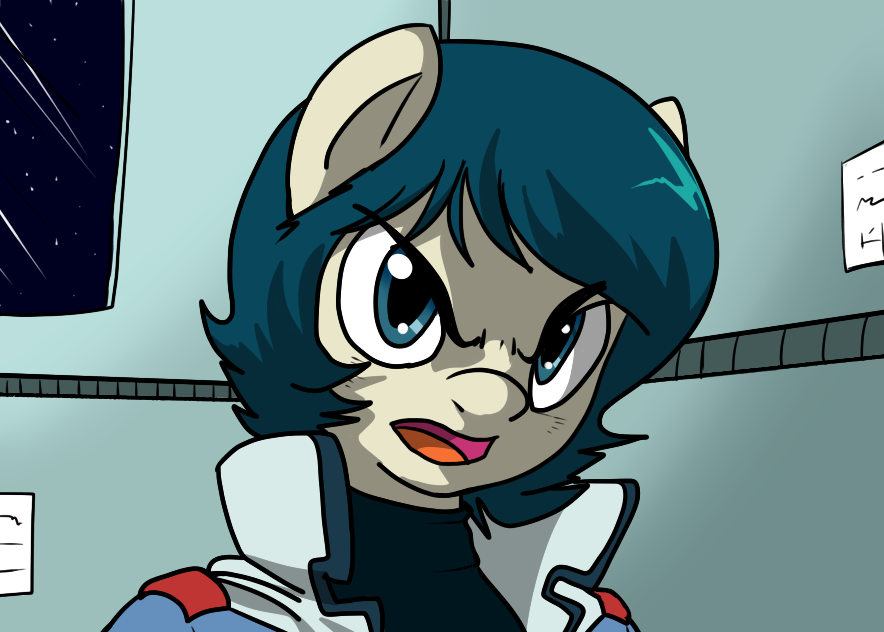 @Badumsquish
I don't ship Tirek/Cozy Glow. On any level. Romantic or Platonic.
Posted about a year ago Report
Link Quote Reply

@Badumsquish
Tirek can appear a meathead (kissing his own biceps!) but he's also the most clever out of the trio and the one least blinded by stubborn pride.
Posted about a year ago Report
Link Quote Reply

:𝐃
@AC97
Yeah. I like too how he's the only one of the Legion who clearly still has the same ability to victimize all of Equestria again (Cozy no longer has her artifacts and Chrysalis no longer has her army), yet he's holding back all the same. He KNOWS the last time his power wasn't good enough and he got his butt kicked for it, and this time he's holding back waiting for a better plan or opportunity to strike. It's neat too that the most powerful of the three is also the most level-headed :D
Posted about a year ago Report
Link Quote Reply

The fact that Tirek's completely willing to get his hands dirty with brute force, while also possessing a good amount of intelligence is indeed why I like him as a character.

While he does appreciate his muscles, he certainly isn't a mere meathead, otherwise he never would've been much of a problem (the angle he went with for Discord would've never worked if Tirek was an idiot, for starters, and he laid low for two seasons before doing anything, showing patience).

NOPE.
Posted about a year ago Report
Link Quote Reply

Two badasses mares <3
@Otterhand
Props mate, you are the 69 comment. You fit the image pretty well
Posted about a year ago Report
Link Quote Reply
Otterhand

@Chopsticks
LIAR SHE WILL BE BOOPED FOR HER CRIMES!!!
Posted about a year ago Report
Link Quote Reply