YOU WILL BOW TO ME.
@Background Pony #C2D3
I haven't seen WA, but I heard that Spitfire made a small smile at Dash when she addressed her. Which, of course, hinted that she DID know Dash.

Still, doesn't excuse the fact that ponies are still rude to PRINCESS Twilight…

Sorry, got it mixed up. I meant to say post-WA. 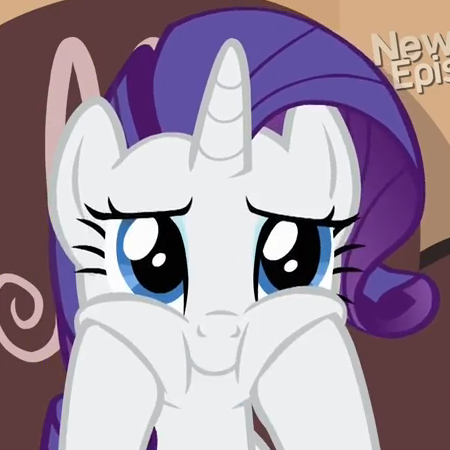 ExtremeLurkerHomeEdition
Know why this looks nice? Science. Go read about orange/blue contrast.
Posted 6 years ago Report
Link Quote Reply
Background Pony #12F8
This picture WAS made pre-Wonderbolts Academy, was actually made for myself by BlitzPony because of a small roleplay community in which Spitfire and Trixie had paired up. This dynamic worked specifically because of contrasting personalities (Spitfire was laid back, confident with her work, had tons of recognition for her accomplishments but remained friendly and level-headed; Trixie was high-strung, seemingly confident with her magic but secretly less so, had little to no recognition for her work, was hostile to challengers) while both shared common interests (peforming mainly).

Honestly, Wonderbolt Academy was something I could look over to make the friend/lover dynamic work for the two, assuming they could somehow meet (perhaps during their travels or something). Spitfire was on duty, and giving Rainbow Dash special treatment just because they already knew each other would have been foolish for a drill sergeant. But Rainbow Falls is what killed the ship for me. Spitfire was trying to better herself and the town she was representing, but she went about it in a way that completely contradicted her role as a team leader. She had previously struck me as someone who would work to make the weakest flyer stronger, rather than lie to get rid of him. While I don't hate or dislike Spitfire because I can clearly see her motifs and still find her an interesting character, that episode did sort of set me away from admiring her as a character and a team leader. It did make the Wonderbolts more realistic in the way of a real life athletic team, I suppose.

The fact of the matter is that we judged Spitfire too early by basing her whole personality on one or two scenes, just as we did with Luna. We can blame it on sloppy writing but I think we are also partially to blame.

Also, what I mean when I say she was "laid back"…look at this picture. Look how happy she is. I guarantee you that if this picture was made pre-Wonderbolts Academy, she would look VERY different.

Well, I guess that she didn't have much screen time, so most of the things I thought of her were fanon. Just think about this though…if Dashie saved Spitfire's life in Sonic Rainboom, how did she not even recognise her in Wonderbolts Academy?

The whole episode was a disaster if you ask me. One-up
Who's the pony on top?
Posted 6 years ago Report
Link Quote Reply
Background Pony #A9A9
@Sjogre
Sorry, made a mistake. It was Rainbow that they lied to. Though that's arguably just as bad, as they wanted her to be part of the team without telling her all the facts.

Spitfire: It looks like Soarin's wing won't heal in time for the trials. We want you to fly with us.
Fleetfoot: Of course, this means you won't be able to fly for Ponyville, but let's face it. Even with you on their team, their chances of qualifying for the Games-

Rainbow Dash: Well, hopefully your wing will be better soon.
Soarin': Oh, it's fine. I-I'm just keeping it warm in case my team wants me back.
Rainbow Dash: What do you mean, 'wants you back'? Spitfire and Fleetfoot told me that you were still too injured to fly!
Soarin': And they told me that they were worried I wouldn't be one hundred percent by the tryouts, so they were going with somepony else!

Rainbow Dash: You lied to me about Soarin's wing just so you could get a better flyer! You may be a winning team, but you're still not the kind of team I wanna be a part of.

Point is, no matter how you sliced it, they lied and deceived fellow team members or potential team members. And doing so stands against all codes of sportmanship. So the choice to lie to Rainbow Dash and deceive Soarin' is unreasonable.

@Background Pony #B93A
Actually, they did tell Soarin' that they had found someone else. That's why he was still in bed.

But, yeah, Spitfire was totally a jerk about it. My point was that her reasons were understandable, even if she went about it in a very underhanded way.

Something that I didn't think about them until recently is that the Wonderbolts have had Rainbow Dash's admiration since she was just a kid. The thing is, Rainbow Dash wasn't that nice a person at the start of the series, and from what little we know of her associates, was probably even worse before the series.

Given that her former best friend was Gilda, just what kind of team would get her respect? One that was interested in fair play, or one that would do everything to win?

Posted 6 years ago Report
Link Quote Reply
Background Pony #A9A9
@Sjogre
Trading a weak athlete for a stronger one is one thing.
But going behind his back and lying to him? Like straight up lying to his face? That's just unjustified any way you slice it. And cowardly if you really think about it. They didn't even have the guts to tell Soarin' they were replacing him to his face. They had the audacity to do it behind his back and lie to his face to cover it up. That action is unsportsmanlike and morally wrong. I expected better out of an athletic team like the Wonderbolts.

@Background Pony #B93A
No, but professional athletes and team managers are known to think about winning more than their teammates.

Trying to trade a (relatively) weak athlete for a stronger one isn't unreasonable, even if Spitfire was a jerk about it.

YOU WILL BOW TO ME.
@SpitzyTriple
And obviously, the "laidback" Spitfire was when she was off-duty. Just like real sergeants.
Posted 6 years ago Report
Link Quote Reply
Death2

YOU WILL BOW TO ME.
@SpitzyTriple
You…DO know that real drill sergeants act like that when they're on duty, right?
Posted 6 years ago Report
Link Quote Reply
SpitzyTriple
I kinda agree with everyone. Spitfire was my favourite character up until the abomination that was Wonderbolts Academy. I used to love her laidback attitude (along with other things…), but after that personality (and voice) change, she's been overtaken by Dashie as my favourite character.

I miss the old Spitty. Damn you Merriweather!

INFINITE DISAPPOINTMENT
@Lathius
To be fair, Trixie was an ass to people that were an ass to her first, and then to those she had an imagined slight against (while under the influence of a corrupting cursed item).

Spitfire being a dick kind of came out of nowhere and affected (heavily) someone that we assume was her friend, as well as pretty much trying to use Dash for her own benefit.

Posted 6 years ago Report
Link Quote Reply
Background Pony #79A5
@The Smiling Pony
@barbeque
Well, I do want to thank y'all for reaching back and featuring older images from when the site had far fewer active users.

@Background Pony #BD81
Yeah. I still have to go through the first 150k-200k or so pics some time. Then again, before it was featured this picture had I think 3 faves and a score of 29. If something like this were uploaded today, it would get a lot more than that.

I tend to try and find things that would otherwise remain unnoticed forever, recent or not. Featuring an animated pic that's going to get +500 anyway doesn't really do much for me. The people that like that sort of thing would've found it anyways, old or not. Same goes for if it already has thousands of faves/reblogs at the source. Hidden gems on the other hand, nobody ever bothers to go and find them.

And yeah, I only caught up with the episodes halfway through 2012 or something.

INFINITE DISAPPOINTMENT
@Background Pony #BD81
The idea for now is to feature a recent image for three days then an older one for three and rotate.

As for why this one, only barbeque (the mod that chose it) knows. He joined the fandom later than most, so he often goes through the older images to find things he'd never seen before.

Lathius
I exist, probably.
@Background Pony #E2D4
>"Spitfire ruins images for me because she’s an ass."
>Trixie is right there with her.
I laughed.

Posted 6 years ago Report
Link Quote Reply
Background Pony #79A5
I love that an older image was chosen to be the "featured image", though I am curious as to why this one was chosen. No complaints, it's a good one, just curious.

@Background Pony #E2D4
@Issol
There's been a definite shift in favor of Soarin' since "Rainbow Falls", though it's not strong enough to overcome 3 seasons of pro-Spitfire momentum. If they give Spitfire a significant role in another episode, though, that may change.

Anyway, I loved Spitfire from the first time I saw her in "Sonic Rainboom", and her friendly demeanor in "The Best Night Ever" just sealed the deal. Then there was the way she stood on the sidelines in "Hurricane Fluttershy", and I thought, well, it's just the writers not thinking that she could've joined in, and her dialog at the end was nice. Then "Wonderbolt Academy", but hey, she had to play the hackneyed role of the tough drill sergeant for that episode, though I wish the writers had given a glimpse of the friendly, encouraging Spitfire, and not given her such poor judgment in order to advance the plot. And then there was "Rainbow Falls", but… well, no, it's clear now the writers think of her as an antagonist. So she's fallen way down my list of favorite minor characters, though I certainly don't hate her.

Soarin', on the other hand, I liked almost as much as Spitfire from the moment of his first scene in "The Best Night Ever"; choosing to support Applejack's stand when free food was available really appealed to me. So I was delighted that "Rainbow Falls" gave him a pretty good role as well as a couple of other characteristics for the fandom to use other than "pie!", and he's pretty much taken over Spitfire's slot in my top 5 minor pony list.

Anyway, while I do agree it's too soon in the show's run to have Rainbow Dash join the Wonderbolts, there would be ways to accomplish that aside from showing Spitfire to be a lying, disloyal jerk.