640x360 GIF 3.77 MB
This image is blocked by your current filter - click here to display it anyway

One last preview for the 40 sec animation.

Learning to draw
@Beau Skunky
In what sense? In this case, explain for the words, I do not know where you saw it, and why you thought so.
Posted 10 months ago Report
Link Quote Reply

I'm a lasagna hog!
@Atlas_66
You say that, as if you weren't involved in said discussion. (And I apologize for contributing to the off-topic discussion too.)

Can we please just drop it, guys? It's a Nintendo game, not a huge controversial thing.

Learning to draw
@Carter Resado
And how it happened, no one expected this. xD
Posted 10 months ago Report
Link Quote Reply

Learning to draw
@Beau Skunky
I say, $ 60 per game is a lot if we compare the regional incomes of citizens. Not everyone in the world has such high salaries as yours in America.
Yes, I know about the problem with loot boxes, there is a way out — just do not buy the game.
But EA does not collect revenue from us, but from other players who most likely do not sit on the Internet.

I'm a lasagna hog!
@Atlas_66
If you think $60 is too much, (which has been a standard in the industry sense the 1990s) that actually feels like a bargain compared to allegedly free/cheap games that nickle, and dime you constantly with microtransactions, "pay to play" options, and randomized lootboxes that EA & Activision are known for.

Also, I think we should wrap up this video game discussion, as it's apparently annoying people whom just wanna talk about the above image.

Learning to draw
@Beau Skunky
I know that in your country the prices for ps4 and Steam are the same, but I have the same games can cost very differently.
But it’s more profitable for me to buy for example the Witcher 3 in incentive better than on the console.

I don’t like Sonya’s policy either, like Nintendo, the price of $60 games is horrible and disgusting. Moreover, the average salary in my country is $153
Steam knows this and provides regional prices, although recently even there prices have started to rise, this trend is not very good for buyers.

There are good games, for example I can advise some.
BioShock 1-Infinite, Dear Esther, To the Moon, Finding Paradise, Final Station, Alan Wake, Limbo, INSIDE, Layers of Fear, What Remains of Edith Finch, DARQ.

For my taste, this is a great style for games, but not everyone will like it.

I'm a lasagna hog!
@Atlas_66
Well, it's not always the company's fault, but your region/country's retailers also control the price of game discs/cartridges, so some other countries do have ridiculous prices for games, and high import costs.
Graphics, and such do not matter to me, Zelda's still one of my favorite games, and I don't care how "grown-up" a game looks. Even so-called grown-up games have some childish content in them, while "childish" ones can still have some things for older fans to enjoy. So it's really unfair to judge games on how they look, but it's ok if Nintendo games aren't your cup of tea.

Frankly, STEAM isn't for me, as there's hardly anything on it that interests me, and the games that do, I can just get on one of my console systems for the same price. I could never really get into PC gaming, as all my PCs are always cheap, (I'm not rich) and don't last long, or break down unexpectedly. Meanwhile, my oldest Nintendo system still works, so at least with those you don't have to worry about constantly upgrading, viruses, and such.

Yes, I feel nostalgia, but that's not the only reason I like Nintendo. I like them, because their games are fun, graphics don't matter to me, (I'll take expressionism over realism any day. All those "good graphics" FPS & such games look all brown, and dull to me) I prefer their franchises, I like their controllers, (gaming with a keyboard/mouse is a pain for me) I like their characters, their stories, their quality, their tendency to do new things, ect.
It's no strange thing people still like Nintendo, then how you like your Steam games. Everyone has their reasons, so it's unfair to just write everything as "nostalgia blind."

And it's ok if you're not a huge gamer. I don't play games all the time either, I just enjoy what I like, same as you.
So I guess we can wrap up this debate & discussion.

Steel/Lonely type
@Background Pony #D989
@Beau Skunky
@Atlas_66
I think the Video game thread is a better place for this.

Learning to draw
@Beau Skunky
Nintendo games are no less expensive? we seem to live in different countries. Sorry of course, but I have different incomes and other prices in Russia.
I like Steam because it provides regional prices, does not overstate them. Nintendo does not care about regionality, they have the same prices for all countries. And yes, if their games are for children, then this is a good prefix. I don’t like games with such a childish style, in general I don’t like Japanese games, as a child I didn’t have Nintendo, and I don’t feel nostalgia.
Managers are very good at playing nostalgia, fans have grown, now they have work, which means they already have money, so you need to release remakes of games and restarts.
I personally do not see the point in all of these online subscriptions when there is a torrent :) it is much cheaper.
Zelda I heard a good game, but it is not worth the money for which it is sold, especially at the start, it is horror and not price. And the graphics there are very poor, I don’t understand how people buy it. Although there are games with good graphics, but they are also bad, for example, games from Ubisoft or Activision, I don’t understand how people play this conveyor.

Well, you yourself answered your own question, you just feel nostalgia for their games.

p.s. In general, it’s worth admitting that I’m not a fan of games, out of everything that annoys me, I have little interest, I don’t care about graphics or gameplay, if this is an original game that can hook, I buy it in Steam. it is very difficult to surprise me in terms of games.

Pretty soft for a Sony.
@Beau Skunky
I'm always happy whenever I fire up my 3DS or Switch and check out the eshop and find a game that looks interesting on sale.
I have a PS4 for blu-ray movies and a few games, but my 3DS has waaay more milage on it than the PS4 or Switch.

Considering "Donkey Kong Country Tropical Freeze" on WiiU was rereleased as a "Selects" game, at $20, I can understand being a li'l upset over the remake being more, (and the only new thing is Funky Kong) but I've seen some places that sell it for $40, and they might lower the price eventually.
And actually, that's not true, as other companies have released remakes of old games individually, (at full price) and not just in collections.
That said, there actually are quite a few cheap compilation games on Switch now.

And in fairness, my local Walmart sells all Switch games at $50 or cheaper, so some places might sell games cheaper, and "Nintendo Selects" may come to Switch soon.

He's right on that issue. Nintendo has been known for not lowering the prices after games have been out for years while games on other systems get price drops after a few months. I remember seeing Super Mario 64 DS for the same price around 10 years after it was released.

Furthermore, when other companies release remasters they released them in collections of three games while Nintendo will release a port of a single game for $60 (that Donkey Kong game on the Switch for example).

Ironically if they did lower the prices then I would have bought a ton of Switch games. Instead I usually end up getting none when I go to the store and see the same games at $60 for the last few years.

And the digital sales are rare compared to the constant sales on PlayStation and Xbox. Admittedly they have gotten better with this then last generation when they only had like one or two sales in the entire history.

I'm a lasagna hog!
@Atlas_66
@Atlas_66
Honestly, I heavily disagree, Nintendo games are really no less expensive then rival consoles, PC games, and their Eshop occasionally has discount sales, their MyNintendo service also offers discounts, and actually they do have quite a few games $20, or less. I got alot of my Nintendo games quite cheap actually.
Not to mention, their yearly online subscription is honestly cheaper then Netflix.

As for Nintendo games looking like "children's games," that's quite ironic, (especially coming from an MLP site) because while some games like Legend of Zelda, or "EarthBound" may look childish, they have some rather mature, and dark themes in them. Even cutesy games like Kirby, or Paper Mario have some rather dark things.
When it comes to graphics, I got kinda sick of realistic graphics, or gritty "brown is real" games, as that's all you see in most games, so I don't mind cartoonier games, or ones with different art styles like Zelda.
Not saying I hate realistic games, but I'll take expressionism over realism any day.

While games like Super Mario may not be huge on story, or Oscar-worthy cinematic scenes, they still have an ageless, quirky, and cheerful appeal to them, and frankly I found Super Mario Galaxy's ending sequence more epic, then most games with 40 hours of unskippable cinematic scenes you have to sit through.
In fact, honestly there do exist games with good story, but boring gameplay, and I'd rather play a good game, then a quicktime "movie."

Maybe I do like Nintendo partially on nostalgia, (NES "Duck Hunt" was the first video game I ever played as a kid) but I like & prefer them for other reasons too, and I'm sure your tastes in games is partially influenced on your own nostalgia too.

Learning to draw
@Background Pony #D989
In my opinion, the price policy for Nintendo is disgusting. The same Witcher 3 in the incentive is cheaper, and the graphics there are better.
Posted 10 months ago Report
Link Quote Reply

I'm a lasagna hog!
@Barley citrus
Because she was invited too.
Posted 10 months ago Report
Link Quote Reply 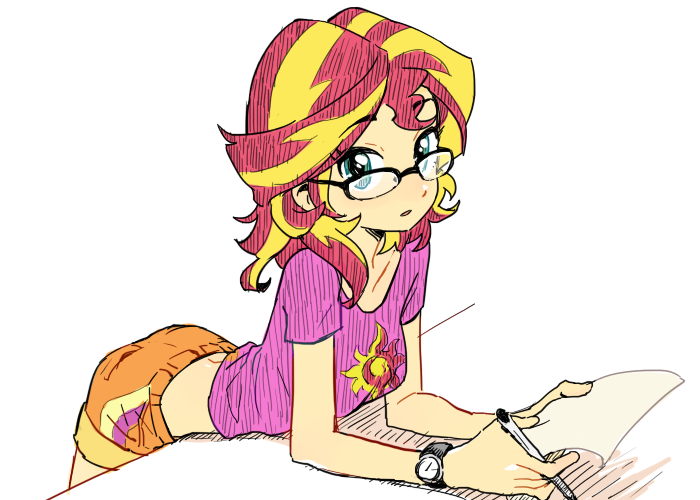 What happens you attach a Switch to your wrist?
You get a Swatch.