Generals » Don't blame me, I voted for the other guy. (Politics General) Search Posts
Started by Archonix
Posted 4 years ago
130471 replies
Subscribe

Constant Lurker
@Ereiam
No? If the filibuster remained in place, it would be Republicans hurting in that situation. They used the precedent of Democrats removing the filibuster for Presidential appointments to apply it to Supreme Court appointments as well.
Posted 3 months ago Report
Link Quote Reply

Gallusposting since 2019
What are your thoughts on NFTs having a sudden drop in value? Twitterites are celebrating.
Posted 3 months ago Report
Link Quote Reply

Manually Breathing
@HorsesandMuchMOAR
NFT prices themselves haven’t gone down, but Etherium, the crypto most NFTs are traded with, has, due to the Russian government making moves to ban all crypto mining and trading in Russia.
And before you cheer for the Russian government “doing the right thing”, know that their motivation is that the internal opposition to Putin and the oligarchs have been using crypto to fund themselves, as their bank accounts are highly monitored and regularly intervened and frozen.
(plus, Putin doesn’t like people getting rich without kissing his ring and helping fund his palaces)
Posted 3 months ago Report
Link Quote Reply

Gallusposting since 2019
@The Smiling Pony
Oh, thanks for the explanation. I would not support the Russian government for being too nationalistic, making Putin like a Tsar.
Posted 3 months ago Report
Link Quote Reply

(Foil Hat)
@Goku Black
Calling North Korea (and the others, for that matter) a democracy is like calling Demon’s Souls a spiritual successor to SimCity. You couldn’t be more off the mark unless you’re trying to say that Tourette’s and Vertigo are the same thing..
Posted 3 months ago Report
Link Quote Reply

Monde de merde
@Wiimeiser
It’s still a democracy in name only (specifically the People’s Democratic Republic of Korea).
People do vote in electoral masquerades where participation is mandatory (with a turnout always higher than 99.9%), the only candidates are hand-picked by the regime and dissident ballots are cast separately with no expectation of secrecy and considered an act of treason, same as abstention.

Zamasu
@Wiimeiser
Plus, I did use the qualifying “fake” when I called it a “fake democracy.”
Posted 3 months ago Report
Link Quote Reply

Latecomer
Hmm… and now I’m wondering how long it would take some ponies who landed in NK to realise how messed up it is. It’s not like the nigh-deification of an eternal ruler is a warning sign to them…
(As for the filibuster… it is a double-edged sword. But so is doing nothing…)
Posted 3 months ago Report
Link Quote Reply

CaptainXtra
KILL THE EARN IT ACT!
So some GOP elements are pushing for banning books written by Black Authors.
Gee, I wonder which other oppressive, genocidal, and war mongering entity started off by doing things such as what the GOP are doing now.
Posted 3 months ago Report
Edited 3 months ago
Link Quote Reply

In even more “MAGA really did send their best and brightest” news, the day after their Inbred Insurrection many of Y’all Qaeda called the Capitol police to ask for the return of any of the possessions they left.

Rioters were calling “asking whether there was a lost and found because they forgot their phone there, or they left their purse or what have you,” Rep. Jamie Raskin, D-Md., told Insider on Friday in a Q&A.
Police officers swiftly took down information from the callers, Raskin said.

“The officers quickly got on the phone and said, yeah, just give us your name, your address, your social, you know, and we’ll tie up those loose ends,” Raskin said…
These people legit tried to lynch government officials and law enforcement. Many of them stole items and objects from Congress, one of which was House Speaker Pelosi’s personal laptop that is under investigation for the possibility of planning to sell it to Russia (Make America Great Again amirite?), but these burglars are now asking for their lost possessions back from the people they stole from. Not only did they leave their feces all over Congress (again, it always needs pointing out, being a believer in MAGA doesn’t mean you also are house broken) but left things like phones or their purses, presumably even IDs. And not only were these people dumb enough to leave their stuff at the scene of the crime they also gave their contact information.
Donald Trump was a registered Democrat until he ran for office and knew he needed to find a party dumb enough to vote for him. And by God did he find that party in Republicans.
Speaking of the Orange Traitor, during the above-mentioned confessions many of them continued to point out that yes, their Dear Leader and Prophet was responsible for them being there.

The seemingly self-incriminating phone calls, Raskin explained, were also an indicator of how central former President Donald Trump was to the thousands of Americans who came to DC for a protest and ended up storming the Capitol.
“And when they were told that they were trespassing and invading the Capitol, they said the president invited them to be there,” he said. “They didn’t have any kind of subtle understanding of the separation of powers. They just thought that the number one person in the US government had invited them to be there, and therefore they had a right.
“It underscores the central role that Donald Trump played in it,” Raskin continued. “But it does create a problem for assigning guilt at different levels of conduct.”

Double post.
Newt Gingrich suggests that maybe the Dems investigating his party’s coup last year should face jail time for investigating his party’s coup last year.
We already know that if Republicans take back Congress is the moment all investigations into their coup last year is over. But now there’s the possibility that they’re going to remove the masks even further and start locking up their political opponents.
But do tell me how the GQP loves “Freedom” or “Democracy” or “America”. I could use a laugh at Not with. At. anyone who still believes that lie.
Posted 3 months ago Report
Link Quote Reply

Manually Breathing
@Dustcan
As a reminder that the Dem vs GOP fight is almost entirely spectacle and that both parties are essentially auth-right with only differing PR strategies: 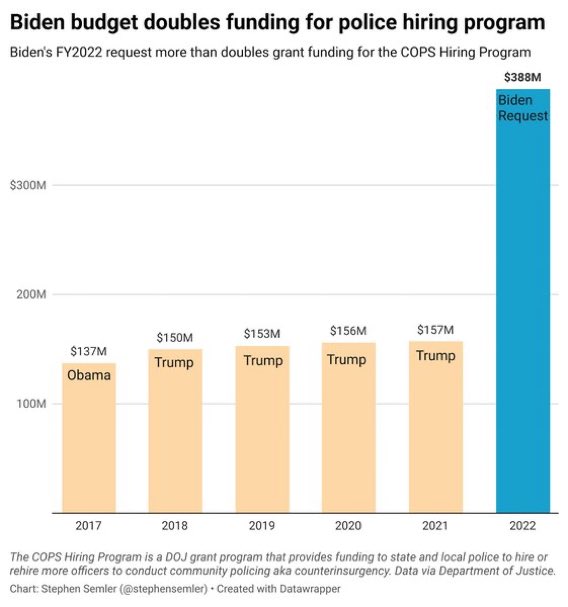 There are definitely a few officials in the Dem party that are for real, but the vast majority just pretend to care while the cameras are rolling, then go for drinks with their GOP “counterparts”.
Posted 3 months ago Report
Link Quote Reply 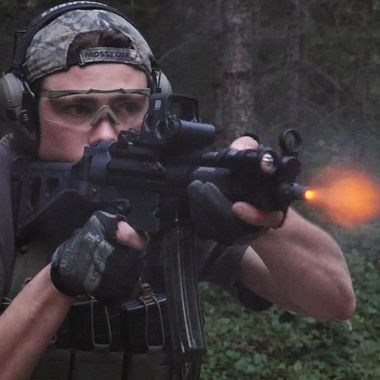 @The Smiling Pony
“Crime Bill” Biden is very pro cop. Looks about right.
And yeah. Look no further than Bernie or “The Squad” still a terrible name to see actual leftists believing the Dem’s lies, and how the Dems treat those leftists once they try to make them follow up on those “promises”.
Dems are better than Reps, but Dems are still the defensive half of America’s singular Neoliberal party.
Posted 3 months ago Report
Link Quote Reply

CHS, Class of 20XX
@The Smiling Pony
@HorsesandMuchMOAR
In a normal country, the Dems would be the right-wing party and the GOP would be the weirdos who struggle to hold one or two seats in national elections.

@Dustcan
As a reminder that the Dem vs GOP fight is almost entirely spectacle and that both parties are essentially auth-right with only differing PR strategies:

There are definitely a few officials in the Dem party that are for real, but the vast majority just pretend to care while the cameras are rolling, then go for drinks with their GOP “counterparts”.

Increasing COPS funding was one of Biden’s campaign promises. It was also one of Obama’s. It’s also not simply a program for hiring law enforcement. One of the intended goals of the program is community involvement, on the basis that encouraging interaction between officers and citizens they serve helps lower incidents of brutality and increase accountability. Not to mention that it includes funding for things like school violence prevention, community policing in Native American communities, and mental health and wellness programs for law enforcement (which as memory serves was one of the things the “defund the police” people wanted money diverted to in the first place).

I mean, seriously, if all it was for was hiring more thugs to bully and beat people into submission, don’t you think Trump would have increased it far more than that even?


@The Smiling Pony
“Crime Bill” Biden is very pro cop. Looks about right.
And yeah. Look no further than Bernie or “The Squad” still a terrible name to see actual leftists believing the Dem’s lies, and how the Dems treat those leftists once they try to make them follow up on those “promises”.

Bernie must be pretty pro cop too, since he also voted in favor of the 1994 crime bill. And multiple times for increases in funding to the police, particularly the aforementioned COPS program.
Posted 3 months ago Report
Link Quote Reply
Background Pony #EF3F
Companies and corporations making changes to shit like this that almost no one ever actually gave a damn about (regarding the thing’s very existence as it was, prior to the change) in the first place is not only completely unnecessary and unwarranted, but is also monumentally bereft of intelligence and common sense, critical thinking-wise, in nearly every conceivable regard.
Trash-as-fuck neoliberal normie corporate virtue-signaling like this was better off as absolutely philosophically-discredited dogshit that should’ve never even happened at all, to begin with.
Posted 3 months ago Report
Link Quote Reply

Monde de merde
@Background Pony #EF3F
Dude, you’re like a day and a half late. Can’t you see the news cycle has already moved on to manufacture the next tinpot controversy to be artificially outraged about, so airtime can be filled and actual looming systemic issues remain unaddressed? 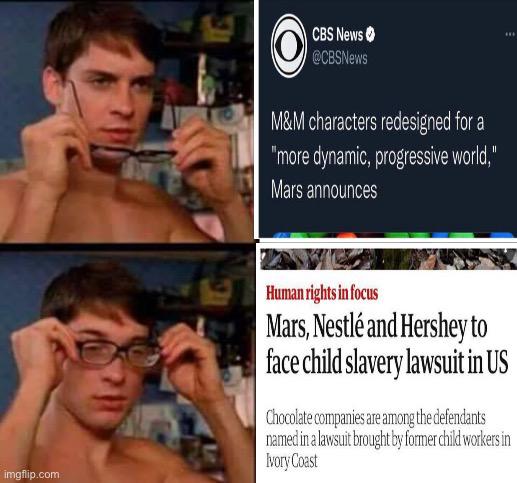 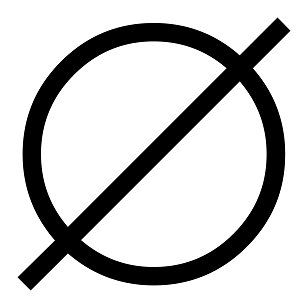 @ToyotaLC80
What do you have against Ukraine?
Posted 3 months ago Report
Link Quote Reply

Gallusposting since 2019
@VacuousTruth
It’s not against Ukraine, it’s for Ukraine in its army against a possible Russian invasion.
Posted 3 months ago Report
Link Quote Reply

Manually Breathing
@HorsesandMuchMOAR
Not sure that’s quite right, as the cyrillic text is Russian and translates to “ukranian swine”…
Posted 3 months ago Report
Link Quote Reply

Gallusposting since 2019
@The Smiling Pony
Oh, sorry for the mistake.
Then it’s quite sad to see some pan-Slavicist try to rebuild the Russian Empire and send it straight to Western Europe.
Posted 3 months ago Report
Edited 3 months ago
Link Quote Reply

CHS, Class of 20XX
@Background Pony #EF3F
If you’re expecting the marketing guy for a candy company to… overthrow capitalism or something, I have bad news for you.
Look, this is their job. They’re paid a probably shocking amount of money to think long and hard about the M&Ms characters. And apparently they’ve decided that making the green one less fuckable will help the company’s bottom line. I don’t know how they made that determination. I frankly don’t want to know. But because it’s what their life is all about, they’re gonna roll it out like it’s some big meaningful change. Like the guy at the fast food place who’s just a bit too proud of giving you those extra fries. The really fucked-up people in the world are the ones not pulling a paycheck from Mars Inc. who give such a damn about cartoon candy footwear.
Posted 3 months ago Report
Link Quote Reply
Interested in advertising on Derpibooru? Click here for information!