Music Connoisseur
Now that one of the album cuts in Nirvana’s “Nevermind” is popular thanks to a movie trailer and Tik Tok, I wonder how the Millenials who grew up listening to the band when they together feel about Zoomers discovering this song and using it in their videos.
Posted 6 months ago Report
Link Quote Reply

G5 enthusiast
@Khauntzat Adramélekhizarovich Searmaev
Oh wow yeah it was 1994 when I bought that one. It was by far the heaviest thing in my collection up to that point.
Posted 6 months ago Report
Link Quote Reply 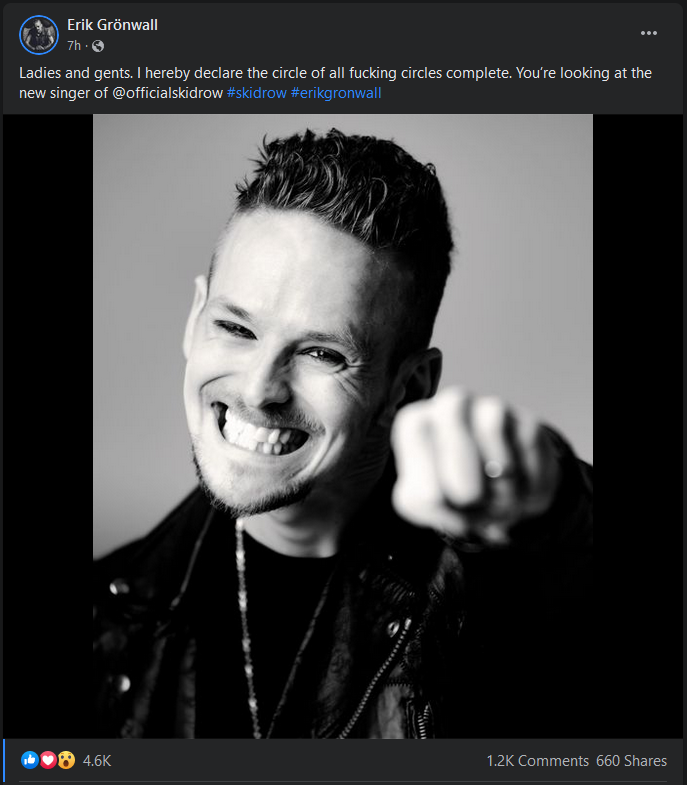 💙Glass Sight's Chocopon💙
@TheHappySpaceman
Brill!
That has to be a dream come true for him

Smiling Panzerfuchs 2.0
Skid Row… Hm. Good for them. But to be honest, I was never a fan of that. And the name Skid Row always makes me think of something else. Which, funnily enough, also has something to do with music. Namely the international Amiga cracking group, born in the summer of 1990. Here’s the music to one of their intros.
Skid Row - Pinball Fantasies - Cracktro (50 FPS)
Skid Row - Lemmings Final - Cracktro
Skid Row - Amiga 500 Crack Intro 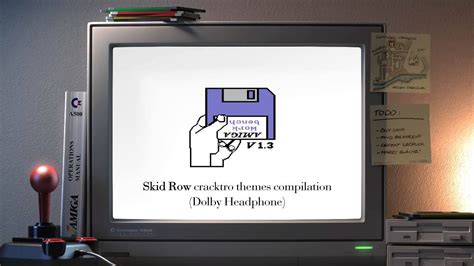 Just to show you young whelps (and I mean that with a humorous grumpy grandpa voice) that music in the early 90s was not only MTV and billboards. We had music on our computers in addition to our ghetto blasters, radios, and walkmans. Before the introduction of the Pentium. ;-)
Ah, damn. Now I feel old. Thanks music thread! ;-D
Posted 6 months ago Report
Link Quote Reply

Sweet F.A.
@Mellow Rhythm
@Myoozik
Indeed! Erik’s first big break, before he was in Jesus Christ Superstar and before he joined H.E.A.T, came from covering “18 and Life” on Idol in Sweden, so this is the natural conclusion. :)

@DarkObsidian
Fair enough, haha. They’re kind of a glam metal band, on the heavier side of the subgenre granted, but I understand that the genre’s not for everyone.
…Ideally, I’d honestly prefer that Skid Row reunite with their original lead singer, Sebastian Bach, which I actually did a rant about in my Slave to the Grind review, but at this point it’s pretty clear that there’s too much bad blood between them, so Erik is the next best option. Certainly a better choice than their previous lead singer, ZP Theart (formerly of DragonForce)…
Posted 6 months ago Report
Link Quote Reply

Sweet F.A.
@Mellow Rhythm
Yeah! He played a minor role, Simon Zealotes, but he did a fantastic job in the part. I wish I could find a video of it but they seem to have all been taken down. 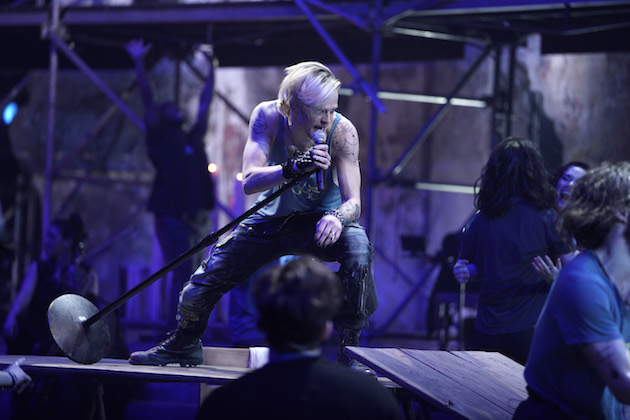 Music Connoisseur
Listening to all of Billy Ray Cyrus’ singles discography, dude is not that bad. For a guy whose biggest hit is a silly song with dumb metaphors, his other stuff ranges from good to alright. I think when the late 90’s came and he shed that cowboy casanova beefcake image was when he became more credible, and he began to take his music seriously like when he turned himself into a Tim McGraw clone when the new millennium arrived. My favorite song from him was a duet he did with R&B/soul legend Dionne Warwick in 2013, I wish that song became a hit instead of whatever Luke Bryan was putting out at the time. Other than that, most of his work is alright if you’re into safe, innocuous country music, like Tim McGraw.
Posted 6 months ago Report
Link Quote Reply

Sweet F.A.
Damn, so soon after announcing Erik as their new lead singer, Skid Row already dropped a new song, “The Gang’s All Here”!
I like it! It’s like… okay, I’ll tell you what it sounds like, it sounds like a H.E.A.T song with no synthesizers. But I love H.E.A.T, so I can’t complain. :D
Posted 6 months ago Report
Link Quote Reply 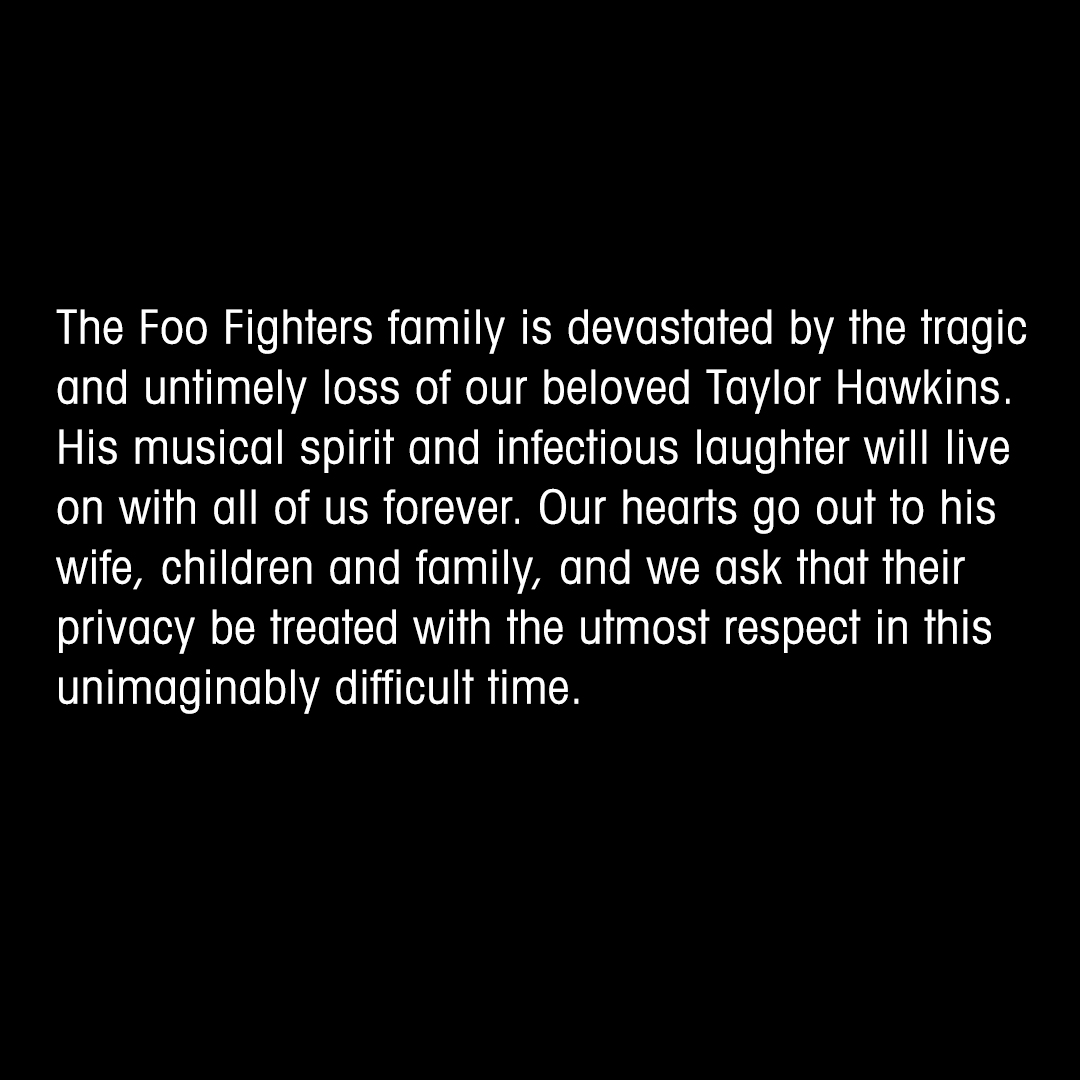 No idea if anyone here is a Foo Fighters fan or not, I don’t really talk much about them but they’re one of my favorite bands and Taylor was the man…
Posted 6 months ago Report
Link Quote Reply

💙Glass Sight's Chocopon💙
@TheHappySpaceman
I’m not a bigtime Foo Fighters fanatic, but I like some of their stuff and always had a soft spot for Dave Grohl.
With all that said, that is terrible news! I could tell Taylor was a great drummer and personality

Sweet F.A.
@Khauntzat Adramélekhizarovich Searmaev
@LeoNero
@Mellow Rhythm
And while on tour, too… Like, Taylor was literally just singing “Somebody to Love” last weekend. This sucks…

Borz
Has he been drinking alot lately? taking too much drugs or whatsoever? These are those patterns I always see about musicians suddenly dying, they hid the cause of death then some weeks later, they’ll tell what really happened.
Posted 6 months ago Report
Link Quote Reply

Shine On U Crazy Diamond
This one really hurt me, ngl…
Posted 6 months ago Report
Link Quote Reply

Dahlia a cute
Today’s Albums:
Flood by They Might Be Giants
Fear of Music by Talking Heads
Easy Star’s Lonely Hearts Dub Band by Easy Star All Stars