If you are in the Capricorn Reef discord server or follow my art on Derpibooru, you'll notice a huge influx of Rosie Quartz art XD I recently got on a kick for her and wanted to flesh out the character more and make her something in canon. So here is a little backstory about her parents. Nothing too in depth, so don't take too seriously. Might just be an excuse to draw armor XD

Top: What's this? I said this was an origin story for Rosie, not the adulterous Golden Letter!

I'm getting there, hold your horses! After the incident in Zebrica where Golden was lost in the wilds and found companionship with a zebra healer and resulted with the unexpected birth of her zony daughter, Impala Lily, Golden's nearly perfect life continued one as normal. Motherhood was a challenge to say the least but after getting through the depression and adjusting to the lack of sleep and privacy she once had….. and hiring a really good nanny, Golden felt the worst was behind her. Golden and her beloved husband, Canterbury however, never became as close as they once were and the couple slowly began drifting apart, even resorting in sleeping in separate beds.

News about Canterbury's heir traveled like wildfire and with one look at the pink striped foal, it was blatantly obvious that this child was not of blood relation to the patriarch of the Bells estate. Where ever Golden went, she felt eyes and whispers, as well as a few new colorful names, one of which being a play on her mane and tail color, "Scarlet Letter"… With her head held high, Golden carried on with her nearly perfect life.. but has the days and months and years ticked by, the unicorn ventured out of the estate less and less. She drifted apart from her husband, her daughter, all of her old friends and she felt… alone.

Middle: One year, Canterbury and Golden went to the Galloping Gala. As Canterbury reconnected with old connections, Golden was left to wander the castle aimlessly. She heard whispers of snobbish nobles, "Isn't that Scarlet Letter?" "Why would they invite a gold digger here?" and others. Devastated, Golden fled to the gardens to find solitude in the maze and found a gazebo.

But she wasn't alone. Upon hearing a mare cry, one of the royal guards in charge of security during the gala stepped forward. He introduced himself as Lieutenant Jasper. He was charming, he was sweet and he seemed to know exactly what to say and when to say it. Golden had forgotten what it was like to interact with someone who wasn't secretly judging her.. When he asked why the nobles would be judging her, Golden reluctantly explained what happened in Zebrica and the kind zebra, Sadik, who saved her life. While reminiscing, Golden confessed that despite having all the wealth and riches and silk, she wasn't happy…

The young lieutenant stayed with her for the rest of the night, giving her an ear, a shoulder to cry one and warm embrace….. whiiiich escalated into something more.

Bottom: Much more. Golden didn't realize she was pregnant for a few months. She was devastated and tried to hide her pregnancy from everyone but at the beginning of her second trimester, there was no way to hide it anymore… and Canterbury had finally had enough. Golden plead and begged and apologized, saying it was only a moment of weakness… but this time there was no forgiveness. He allowed her to stay in the house until the baby was born, but after that, Golden and the child had to leave.

There wasn't any fight. Golden signed the papers and even gave Canterbury full custody over her eldest daughter. She was a broken mare, who.. in a moment of weakness, threw everything she worked so hard for away.

A few days later, there was knock on door of the residence of Lieutenent Jasper. Openining the door, instead of pony or even a package, there was a basket full of blankets on his doorstep, with a letter placed on top. Written in bright scarlet ink was only two sentences: 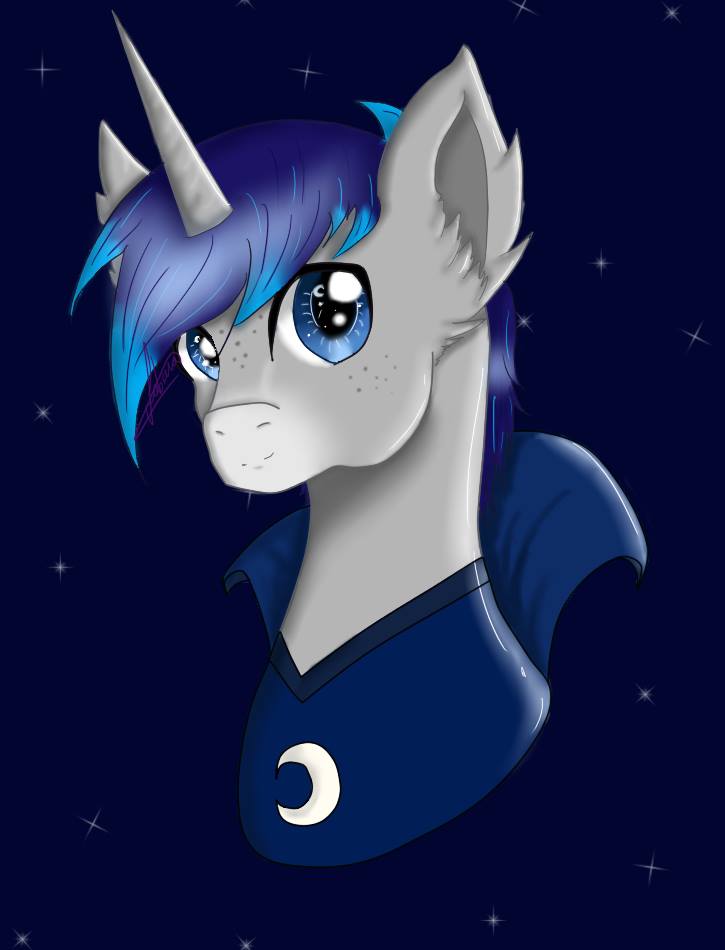