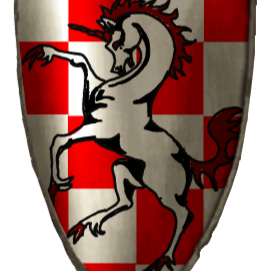 One beautiful spring evening, Lyra Heartstrings and her friend Sweetie Drops (few people only called her that; everyone else knew her as Bon Bon) were at the latter's house; more specifically, her bedroom.

"If you mean by you eating my points dust trail, then yes!" Lyra responded.

As the game went on, Lyra was winning, and Bon Bon was trying to sabotage her with some funny tricks to get her unfocused on the game and claim her victory.

After several failed attempts, she resorted to one final attempt. Grabbing Lyra's boots and pulling off her socks, Bon Bon started tickling her feet.

Lyra started laughing at this little trick that her friend had pulled on her. It made her want to cry in her joyous fun.

"Stop it!" she cried in between bursts of giggling. "That's cheating!"

In one great effort, Lyra then turned Bon Bon over on her back, pulled off her shoes and socks, and was doing the same thing that her friend was doing. Bon Bon's hard laughter bounced off of the walls of the room like an out of control rubber ball.

They paused their video game match, not that it mattered now of course.

The two started tickling each other in any spot they could find.

As it continued, it started to get serious. Seriously silly, that is.

Articles of clothes started to fly every which way; a few of Bon Bon's belongings fell on the floor from her desktop, her dresser, even the closet started to shake as much as the ground itself as their little act of playful silliness continued, each still trying to get advantage over the other.

When it was all over, Lyra was on the ground, and Bon Bon over top. Both girls were just in their bra and panties now; Lyra's were white, while Bon Bon's were a light blue. They were sweating, faces red with exhaustion, and their hair was a little more unkempt that when they started their little game.

After some time, both girls got up, surveyed the mess they made, and laughed again.

"Why does always happen to us?" asked Lyra.

"It can't be as bad during team tryouts for the Friendship Games," Bon Bon followed up.

The two sat on Bon Bon's bed and were silent for a long time, trying to catch their breaths and fixing their hair.

Lyra was first to break the silence.

"We've known each other for a long time, and I feel like we have had a very special connection."

"But, I feel that I need to express some more…" Her voice trailed off.

Then, without any thought or warning, Bon Bon leaned close to Lyra and the two started to kiss.

They went kept it up for a few times, going at it again, and again.

It seemed a little exciting for both of them to revel in what seemed a very awkward moment.

Suddenly, Lyra pulled her lips back, covering them with her hands.

Her eyes widened, while her face was in a state of shock, thinking about the horror of what had just happened.

"I thought we doing something that means a lot to us," Bon Bon answered.

Lyra stuttered. After a few times trying to find the words she finally managed to get out what she was going to say.

"But you kissed me!"

"I just saw an opportunity and went for it," Bon Bon said, confusion in her tone.

Lyra then started to get upset, feeling ashamed of what had just happened.

Lyra sighed. "Look at us." She motioned to their clothes still laying on the floor. "Don't you think it's odd for us to be like this at our age?"

"Look at our situation! Look at what just happened! We are still in our skivvies!"

Still a look of confusion from her friend.

"Think of what we did just now!"

"It does seem a little strange, now that you mention it."

"Exactly!" continued Lyra. "And about our relationship…"

"What's wrong with that?" Bon Bon was curious.

How many people that we know are like this right now?"

"I'm not sure," her friend replied.

"Of course! I don't think anyone would like the fact that we just…" Lyra trailed off again.

Then they got dressed, and cleaned up the mess they made

Both girls were silent; Lyra still ashamed about their moment and Bon Bon a little disheartened.

They went the front door outside and sat on the hammock on Bon Bon's patio, facing the sun as it started to sink.

Bon Bon thought for a moment as they sat and rocked in the hammock.

"I'm sorry about what happened in there," she said.

"Don't be," replied Lyra moodily. "It was my fault for picking up what you put down. I'm the one who should be sorry."

Lyra looked confused. Why was her good friend Bon Bon laughing at their awkward predicament?

"You know what, Lyra?" Bon Bon said after she stopped the giggling.

"I don't think anybody would notice or even give a second thought about it."

Lyra was surprised. "Why do you think that?"

"I heard in a song once by Frank Saddletra that said that 'the world will always welcome lovers as time goes by.'"

"What does that mean?" Lyra asked.

"I think it means that no matter what happens, we will still be accepted by everyone."

"Even if we are…" Lyra started to say.

"Yes, Lyra. We can besties and lovers," Bon Bon finished.

Then, lying in the same positions they were after their tickle frenzy, they shared a happy kiss; not a kiss of good buddies or out of simple chance opportunity, but of true lovers.

Then, sitting up and facing the setting sun, Lyra said, "Bon Bon, you're the best friend that I ever had."

"Mine too, pal. Mine too."
Posted about a year ago Report
Link Quote Reply

Yes, it's the only girl/girl relationship I care for in the series.