Older model render showed Zipp also has princess accessories, but unlike Pipp’s, her is silver. In the movie it seemed like she didn’t want to be called a princess, even tho she is the heir to the throne.
I wonder if she doesn’t want to be the next queen. Maybe they will explore it in the show.

I wonder if she doesn’t want to be the next queen. 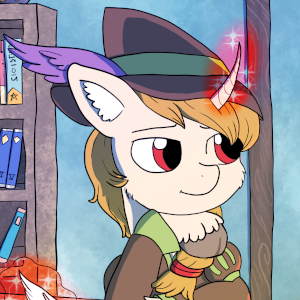 Literal Gay Lord
@Enmity1498
We never DID learn how long it’s been since Gen 4. Or where the Alicorns went (aside from Sunny referring to Twilight and co. living in “ancient times”, which could imply thousands of years, with Gen 4’s Equestria being their equivalent of Ancient Rome!)
Buuuuuuuuuuuuuuuuuuuuuuut if in Gen 4 pre-unification times, Unicorns had their unicorn royalty, I don’t see why the pegasi couldn’t have organised their own kingdom with its own royalty. ESPECIALLY if thousands of years have passed.
Heck, it is entirely possible that the magic didn’t turn off immediately, leading to some pegasi that could fly and others that couldn’t. Over time the remaining fliers would have organised into a higher caste of society, forming an aristocracy, and from that, the organisation of a monarchy is the next logical step. Then, as even the aristocrats lost their flight ability, the whole ‘pretend we fly by using Wuxia special effects’ thing was invented, and kept as a deep secret that only a select few were allowed to know, so that the upper class could remain the upper class.
Of course, this leads us to what might happen to the three separate pony tribes in Gen 5’s time. Would they want to form a unified kingdom again? Where are the alicorns? Would the alicorns take power? If Sunny remains an Alicorn, would they make her the new ruler? I doubt the show will go there and deal with like, them making political alliances or whatever. But it’s good fanfiction fodder.
Posted about a year ago Report
Edited about a year ago
Link Quote Reply

Opaline, Arcana Mistress
@Enmity1498
Princess Platinum: “Am I a joke to you?”
Posted about a year ago Report
Link Quote Reply

Sunny Starscout fan
I still legit don’t think the Pegasi can truly be considered royalty, due to them not being Alicorns. Nonetheless, in the case that they are considered royalty, then I do think that Zipp has every right to cede the throne to her sister if she so wishes. I wonder how the show will deal with this dilema going forward, the idea of the Pegasi having royalty that isn’t truly royal.
Posted about a year ago Report
Link Quote Reply
Background Pony #5750
I recall an official description of Zipp saying “and would rather let her sister Pipp take over the throne”.
Posted about a year ago Report
Link Quote Reply