Oh hi, Markdown. We are migrating the site to use Markdown. This is currently in beta testing phase. Click here to learn more.
Pony with care! Remember to tag images from or revealing story of the G5 movie with spoiler:my little pony: a new generation, and report any images of camrips/leaks for Rule 1!
22 35 35 0 6
Subscribe
Galleries
Featured in
Sign in to create a gallery
Related
View VS Download DS
Uploaded 7 months ago by Background Pony #13F0
800x600 PNG 179 kB
This image is blocked by your current filter - click here to display it anyway

… If we could convince him that through making love not war everyone can get what they want, or at least noone gets hurt any further, that would be great. We should remind him that a gracious surrender is not dishonorable and since his forces are defeated and his public support is fractured, he doesn’t have many viable options. If he still isn’t willing to work with us, list off his offenses to characterize why we oppose him and then get ready to fight.

From behind Solar Flare’s barrier, you tell Empyrius that you will only fight if you must. However, with his champions defeated and his reputation in peril, you beseech him to surrender himself instead.

King Empyrius: “Surrender? Hmph. Mayhap you should have remained in the sewers, hidden among the other filthy rats who plague us from within. But such is the vainglory of the weak, I suppose.

No, it is not I who will surrender this day. For more champions will rise in time, and all that will be remembered are the cold ashes of another failed rebellion.”

King Empyrius: “I have built this kingdom upon the noblest of virtues. A kingdom in which no pony goes to bed hungry — in which all are given a roof to keep them dry, and walls to keep them safe.”

The dragon throws an accusatory claw in his direction.

Smoke: “Yeah, and at what cost? They work all day for scraps of bland food, and cower all night from your nightcrawlers. They’re no better off than slaves, and they don’t even know it. Not even the Dragon Lord is this cruel!”

King Empyrius: “You forget yourself. This is only the beginning; the darkness before the dawn. Once we reclaim the firmament for ourselves, Midgard will finally become the promised land it once was, as it was ever meant to be.”

Solar Flare: “Rgh! You will do no such thing, you stubborn beast! I have carried out my mission; it is done!”

At that revelation, Empyrius’s eyes flash with anger.

King Empyrius: “You fool! You will not deny us our birthright!”

From seemingly nowhere, a black aura grows and swirls around the false king. Soon, a massive cloud of darkness forms over the room, a field of glimmering stars in its obscurity, like a rift tearing through the fabric of reality and onto an otherworldly night sky.

King Empyrius: “It matters not how you came upon it — the Magnum Opus will be mine, one way or another. I am all-powerful! The sun shall belong to me!”

Then, as sunlight begins to dim beyond the horizon, twelve scarlet eyes slowly open, peering at you — through you —, unblinking. 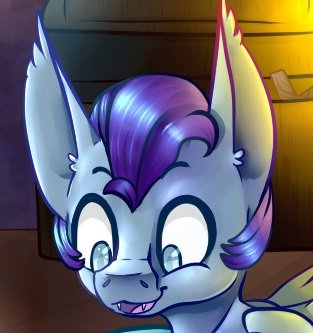