Twilight dipped her hands deep in front of her, each touching a side of her billowing belly. She cooed to herself quietly as she kneaded at herself, fingers sinking into her tummy’s pliant, plush outer layer, feeling at the taut core deep within – feeling it churn noisily, overburdened with splendor and treats as it so needily demanded of her. Another expectorant belch passed her lips, sweet with relief and sour with aggravation.

“I can’t believe it’s already taking this long just to feel full, ugh.” She huffed with pronounced annoyance, though she could not help her countenance be overcome with a wry smirk. One of her hands pulled away from the task of massaging her groaning gut, then descended again in the form of a slap across its side. She saw and felt her paunch ripple and bob pendulously from the force, sending a giggle rocking through her – and another burp, for her troubles.

“Ah… I can’t keep spending so much time on keeping you, hic, pleased like this, you know,” she spoke both to her greedy tummy and greedy self both, as she resumed her gentle ministrations, caring for her swollen stomach.

OtherFritz
In Treue fest
Oh my! Such a glorious gut! This is just magnificent! I must say, that’s some fine writing as well.
Posted 2 years ago Report
Link Quote Reply 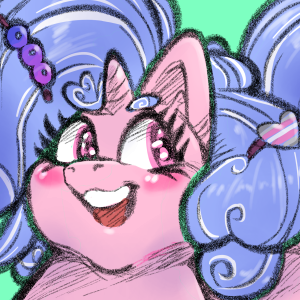 I figured I did, but I don’t care!

Thank you very much! I’m glad you enjoy!