PonyFest Online and Support Vendors Just because we're all stuck at home doesn't mean that we can't party together. More information

T12
@Wellwater
I just did some experimenting. I first noticed on Android Chrome, but I was able to reproduce the same result on Chrome for Windows on my laptop as well as Edge (blech). The same results were even obtained after clearing my cached data.

I noticed it was locking onto images which I had faved, so I tried filtering them out, with the result that it would now choose one of two images when random image was pressed. They were not picked in equal proportions (about 2 or 3 times more often for one than the other).

I admit I have a fairly complex list involving several terms which have * on each end to force it to match tags which contain specific words, as well as forcibly adding all of my faved images to the list. I just tried constructing a search which would be equivalent, and obtained the same result, but a different search with just a single term of that type works fine.

Edit: Further experimentation seems to reveal a similar behaviour to a lesser extent on any search with an OR. The random image produced does change, but always seems to be one with as many of the search terms as possible. Try searching fluttershy || rainbow dash, and see if random image ever produces one which doesn't contain both, because I haven't seen any.
Posted 2 days ago Report
Edited 2 days ago
Link Quote Reply

Just a flurry of H₂O
@T12
Now I wonder if the problem is just that your phone browser is aggressively caching /images/random (one copy for each query string) without recognizing that it's a redirect that can't usefully be cached. What browser is it?
Posted 2 days ago Report
Link Quote Reply
T12
@Wellwater

No, none. I'm on a phone which doesn't support them.

I just checked and my:upvotes does the same thing.

Just a flurry of H₂O
@T12
I can't reproduce (with my:watched or my:watched,my:upvotes). Do you have any userscripts enabled?
Posted 2 days ago Report
Link Quote Reply
T12
When trying to go to a random image from any search containing my:watched as one of the search terms, I always get the same image. When I try to go to another random image from that image I still get that same image. If I set up the search to exclude the normal image, a different one is chosen but it only ever picks that one instead.

This does not happen in other searches which do not involve my:watched.

Philomena Contributor
Word Bug
@Boxless
None is intended. Nothing is worse than thinking everything is working perfectly, when in actuality all your users are stewing about problems and not reporting them.
Posted 14 days ago Report
Link Quote Reply

Philomena Contributor
Word Bug
@Boxless
Yeah. And we appreciate you keeping on top of it.

This news came through just yesterday, so I figured I'd give you an update. :)
Posted 14 days ago Report
Link Quote Reply

Boxless
Don't.
@Damaged
I'm doing what i said i'd do, and given my significant dislike of reading Git after something broke on some of my own changes to make the site more readable for me, haven't bothered to really look after the Changelog started pointing there.

Nice update, but still doesn't resolve the issue until they push the fix.
Posted 14 days ago Report
Link Quote Reply

Philomena Contributor
Word Bug
@Boxless
The session manager's (called Pow) devs are working on it, and have a fix they are testing to ensure it doesn't break the everything. I believe Byte[] is waiting for them to be done with testing before applying it to Philomena/Derpibooru.
Posted 14 days ago Report
Link Quote Reply

Boxless
Don't.
@Joey
That's three more marks of random signout, two in the last three hours and the third about a day ago. Unless someone is deliberately fucking with me which i'm not ruling out just on the basis of 'humans gonna human' it's starting to become a problem.
Posted 14 days ago Report
Link Quote Reply 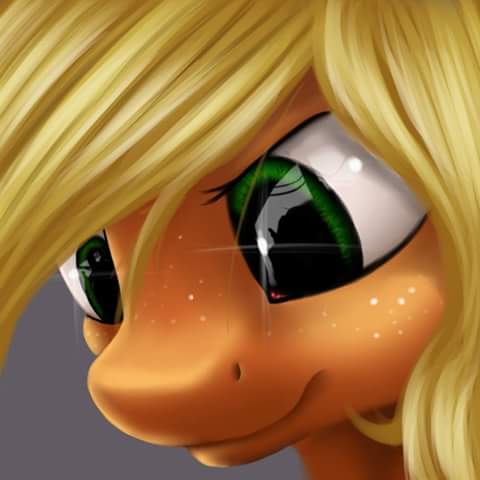 Angius
The Ponut Eater
@Rene_Z
Ah, you're right, must've missed it on examples I was trying out… Well, in this case all's well 👌
Posted 14 days ago Report
Link Quote Reply 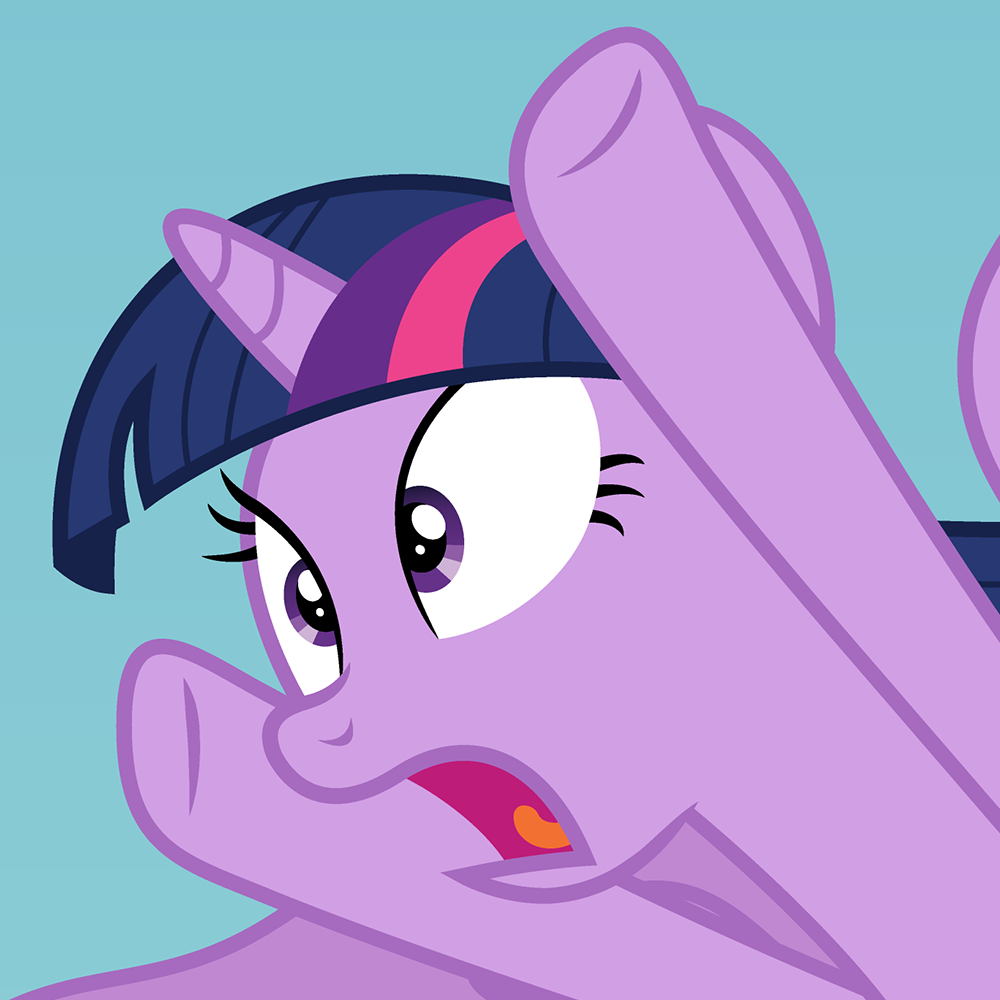 
Also, another question. The old API returns tags with their respective namespaces, the new API returns just tags and more tag data has to be fetched per-tag.

I don't think anything has changed in that regard. For example >>2282548, compare old API and new API. Both have the tags including namespaces, e.g. artist:batonya12561, oc:mark wells and fanfic:off the mark. More information about tags, like description, category, etc. were never included in responses for images.
Posted 15 days ago Report
Link Quote Reply

Okay, so, tested it, and for those who wonder – replacing .webm with .gif in image.representations.thumb does, in fact, allow you to use a GIF.
Posted 15 days ago Report
Link Quote Reply

Philomena Contributor
Word Bug
@Angius
Tags don't change too much, and classifications on them change even less often. I'd suggest caching them personally. Maybe do a daily refresh of tag data to keep coherent.
Posted 15 days ago Report
Link Quote Reply

The new API no longer returns the mp4 representation for images uploaded as WEBM.

While we're at it, what about .gif representations? Will this hack still work?

Also, another question. The old API returns tags with their respective namespaces, the new API returns just tags and more tag data has to be fetched per-tag. That makes it so that an image with, say, 50 tags will now take 51 requests should I want every tag to have a namespace and/or color.

Should I just fetch those as they come, and simply cache for reuse, or is there some other method for handling it?
Posted 15 days ago Report
Edited 15 days ago
Link Quote Reply

The new API no longer returns the mp4 representation for images uploaded as WEBM.

For images uploaded as GIF, the new API still returns both the webm and mp4 representation as before (Example).

Is this intended behaviour? WEBM still isn't as widely supported as MP4, so I'm relying on the MP4 representation (in my case sending the image to Telegram, which supports sending MP4 videos but not sending WEBM videos). Of course I could just change the file extension in the URL, but that would be quite hacky and I'd have to check if the MP4 actually exists each time.

EDIT 2: I noticed a second issue. The API now always returns the mp4 and webm fields for GIFs, even if the video versions don't actually exist on the server (for old uploads where no video version was generated). The URLs just return 404. This was not the case before, it would just not include the video representations in the response. However, it seems that even the old API now returns those non-existant representations.

EDIT: And a minor issue with the API documentation, the format field of an image response can also return jpeg (instead of jpg), depending on the original file extension of the image. The behaviour is the same as with the old API, it's just missing from the documentation.

@byte[]
Is there no UI remaining that could be re-used to more explicitly form the search string for you?
Posted 2 months ago Report
Link Quote Reply

Just a flurry of H₂O
@byte[]


Or, what the code used to do if you selected "Topic Openers Only":
subject:philomena open beta,topic_position:0

Yeah, that's the one. Noted for future reference too, thanks.

byte[]
Site Administrator
Site Developer
@Barhandar
It's not that I wouldn't revert it in some cases, it's just that in this particular case, I have nothing to revert it to.
Posted 2 months ago Report
Edited 2 months ago
Link Quote Reply

byte[]
Site Administrator
Site Developer
@Wellwater
You were never able to search for topics, they're not indexed.

For that matter, while the documentation below the search results says you can use author to search by post author, it doesn't actually work. So there isn't even any way to search for posts by a given user.

(That's a bug, of course, not a design flaw, but still.)
Posted 2 months ago Report
Link Quote Reply

@Wellwater
Clunkier, yes, less expressive, no. It's basically nerd option, just like command line vs GUI (which it effectively is): extremely more powerful if you know how to use it, but trash for the averaged person who just want predetermined fields to put what they want into and get results.
Posted 2 months ago Report
Link Quote Reply
Showing results 1 - 25 of 394 total