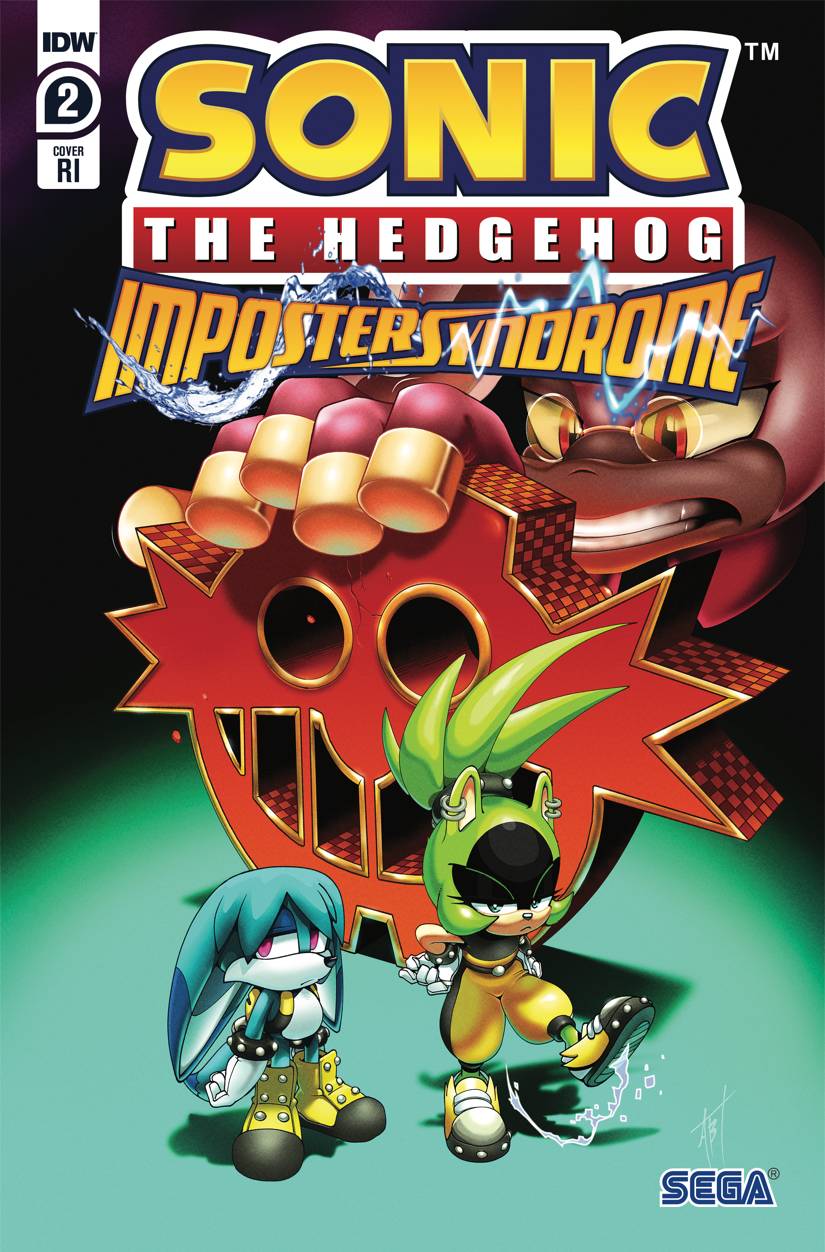 Moderator
Princess of books
Sonic p-06 really makes me realize how well put together and thought out the stages are when the controls are good and feel more like SA1 and 2, with tons of alternate paths and setpieces and whatnot. I can’t wait for this project to be finished.
Posted 2 days ago Report
Link Quote Reply

Cute wittle skunku
@RogueBadnik
I wouldn’t mind another Sonic Universe-like series honestly. I liked how it gave characters like Knuckles, Tails, Shadow, Sally, Snivley, ect. More development.
@Angrybrony
Yeah, Belle and Chris are quite different. I don’t mind Chris for being rich though, and it does kinda show rich kids aren’t all brats, and can have issues despite his parents’ social status.
I don’t hate Chris, but I dislike how he got too much focus sometimes, or barely contributed much to the series besides being a viewer surrogate, and needing rescuing constantly.

@LightningBolt
I admit, the TailsXMina fururistic thing did feel like a random pairing. I wonder if things like that are why the Sonic fandom has an obsession with random shipping.
But yeah, the “Mobius 25/30 Years Later” stories were still enjoysble despite their flaws, and feeling fanfic-y at times.
And Mina had her good moments too.
Posted 6 days ago Report
Link Quote Reply 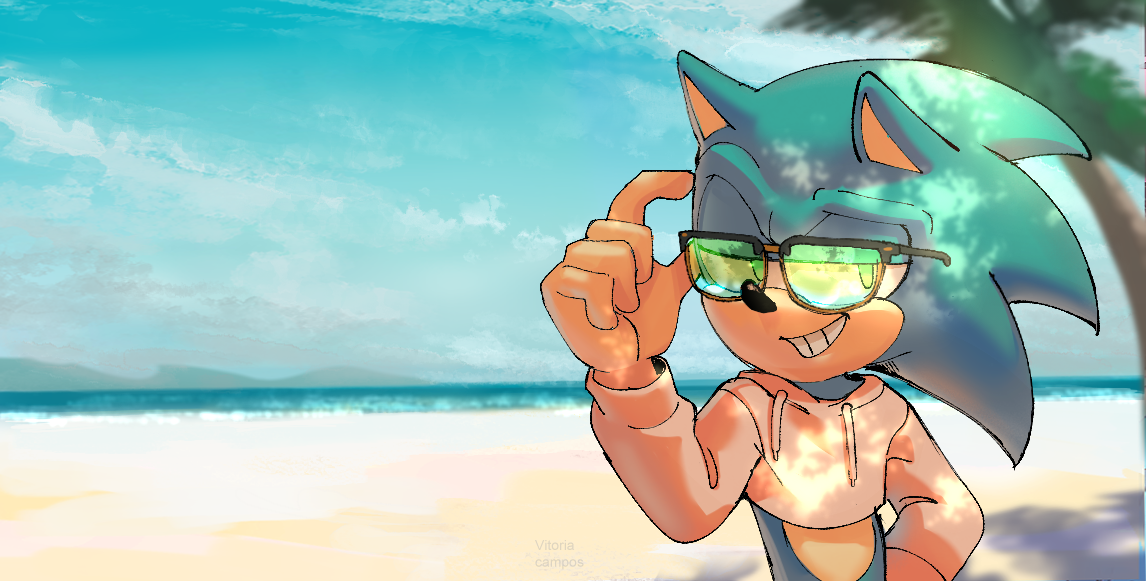 🔥Sunset is best girl🔥
@RogueBadnik
@Beau Skunky
yeah, but it’s still a horse shit comparisons. i can get not liking her but she ain’t no fucking sad rich boy.
Posted 8 days ago Report
Link Quote Reply

Moderator
Undead inside
@Sparx
Very, but knowing the background reasons as to why, penders being forced to use her and not liking her, ash being very new at the time and also not made by penders nor forced onto him, etc, makes me hate it less. Tho I still hate it, and otherwise I like the future stories. I just kind of pretend that ship isn’t a thing.
Posted 9 days ago Report
Link Quote Reply

⌜Ω⌟
@Beau Skunky
Yeah, its not a common thing to introduce your own works and giving them as much screentime as possible, since you are showing off your own creations in an official comic book. Not gonna lie, I would do the same. Is irresistible.
Ian did a good work at focusing on the characters, but for Sonic Archie, it had a huge advantage to to make that work more easy, was its tie-in comic “Sonic Universe”.
That series really helped Ian and other writers to expand and explore the world of Sonic and his friends, without “harming” the main story. It was also helpful to reintroduce characters that were “on-hold” like Omega and Cream, which for some reason they werent allowed to be in the main comic for many years.
This is what IDW did with Tangle and Whisper. They created an standalone miniseries, separated form the main one, to expand and build their characters. And they did it again with Dr. Starline and the new villains.
And because of that, readers are questioning why Belle is having this “special threatment”. Specially this camp trip plotline. In my opinion, this should have been yet another miniseries, outside of the main one.
Posted 9 days ago Report
Link Quote Reply

Sparx
#116 Indestructo
@LightningBolt
You mean how she ended up with Tails? I found that weird o.o;
Posted 9 days ago Report
Link Quote Reply

Moderator
Undead inside
@Beau Skunky
I still love Mina, and Ash. I really didn’t like what Penders did with her in the future stuff but it seems he didn’t either so that’s something lmao.
Posted 9 days ago Report
Link Quote Reply

Cute wittle skunku
@Cosmas-the-Explorer
Understandable, but of course you have to be careful to balance that while establishing, and giving attention to the main characters too, and ones you didn’t create.
Penders always bragged about using his own ideas, and characters, but had a bad habit of ignoring ones he didn’t create. He even admitted to refusing to use Mina Mongoose, just because he didn’t create her, but said the editor forced him to use her.
I forgot to mention comic writer Karl Bollers seemed to favor his OC, Mina Mongoose, to the point some felt he was trying to replace Sally with her. Which is why some Sonic fans are divided on Mina.
And as I said, Ian seemed to not focus on newer characters enough sometimes, so the opposite can happen too.
So every official Sonic comic writer has strangths, and flaws, but it is hard to balance a cast as big as Sonic’s in 20 pages.
In fact, it’s become a stereotype that Sonic fanfic writers focus either too much on their favorite official Sonic character, (like Tails, Shadow, Sally, Amy, ect.) or too much on their OC, or fan characters.
Posted 9 days ago Report
Edited 9 days ago
Link Quote Reply

@Beau Skunky
It’s easy to be passionate about your very own characters. You might like writing for other characters but your own OC is where you really feel like you’re making something new and fresh and your very own. And it can be tempting to be more interested in them over the other ones.
Posted 9 days ago Report
Link Quote Reply

Cute wittle skunku
@RogueBadnik
Maybe, but as much as I like Belle, I hope her creator Evan doesn’t overdo her, or Mary-Sue her.
I remember one flaw Ken Penders had (not bashing all his works, mind you, some I enjoyed) was he tended to prefer his OCs over the official Sega characters. His notorious “Sonic meets the IMAGE comics characters crossover was ironically more about Ken’s new human characters then the Sonic or IMAGE characters.
Some accuse writer Ian Flynn of this, but I kinda feel the opposite, as anytime Flynn introduced a new character, they usually didn’t stick around long, or get much development.
Ian was better, and more focused at developing older characters, or underused ones like Feist, Mammoth Mogul, or the Iron Queen.
Even Ben Hurst, and the SatA.M. staff was a little guilty of this, as they seemed to prefer Sally, and others sometimes over Sonic & Tails. (Heck, Tails doesn’t get any development until halfway through season 2.) Not saying Sally was a “Sue,” but even as a Sally fan, I can admit there seemed to be some preference of her in the writing sometimes.
As for Chris Thorndyke in Sonic X, he seemed to be mostly an audience surrogate, (in Japan, they usually prefer human characters) but at times stole the spotlight too much, as well.
Given all this, it’s amazing Sonic wasn’t overshadowed in the movie. He even got to narrate it.
Posted 9 days ago Report
Edited 9 days ago
Link Quote Reply

⌜Ω⌟
@Angrybrony
I have friends on Twitter who are already tired Belle. But I kinda agree I to some of their points
In my opinion, Belle’s instroduction wasn’t that good. Sure it got some interesting ideas, but I feel it got badly executed.
7 issues where spent on who was her creator. It could have been good if it wasnt because how obvious it was. Not to mention she had very revelant part in the Deadly Six arc, and she is now an important plot point in the next big arc.
Like, it feels like Evan is trying ver hard to portray Belle as this very important character and putting her in many stories to make her look interesting.
I am not surprised there are people out there comparing her to Chris (a character who was forcefully inserted in every plot of the anime) and Tommy Turtle (a character that was portrayed very hard as this very important character out of knowhere), althrought at the same time, comparing Belle to this characters is way to much.
Posted 10 days ago Report
Link Quote Reply

🔥Sunset is best girl🔥
ok some mother fuckers have been comparing belle to fucking chris thorndyke and that turtle dude and that shit is fucking dumb.
Posted 10 days ago Report
Link Quote Reply

Cute wittle skunku
@Angrybrony
Oddly, Amy’s “tarot/fortune card skills” were never really regarded in-game before, so there’s alot of debate if it’s even canon.
I think “Sonic Chronicles: The Dark Brotherhood,” (the DS RPG) had one of Amy’s special moves reference it, but that’s basically a different canon from the other games arguably, and said game was made by Bioware.
(I liked how said game brought back the Swatbots.)
Funny thing is, a friend of mine said he dislikes Amy, because she uses tarot cards, which he doesn’t like as he’s very supersticious about things like that.
But as I said, there’s debate if that’s even canon.
Posted 10 days ago Report
Link Quote Reply 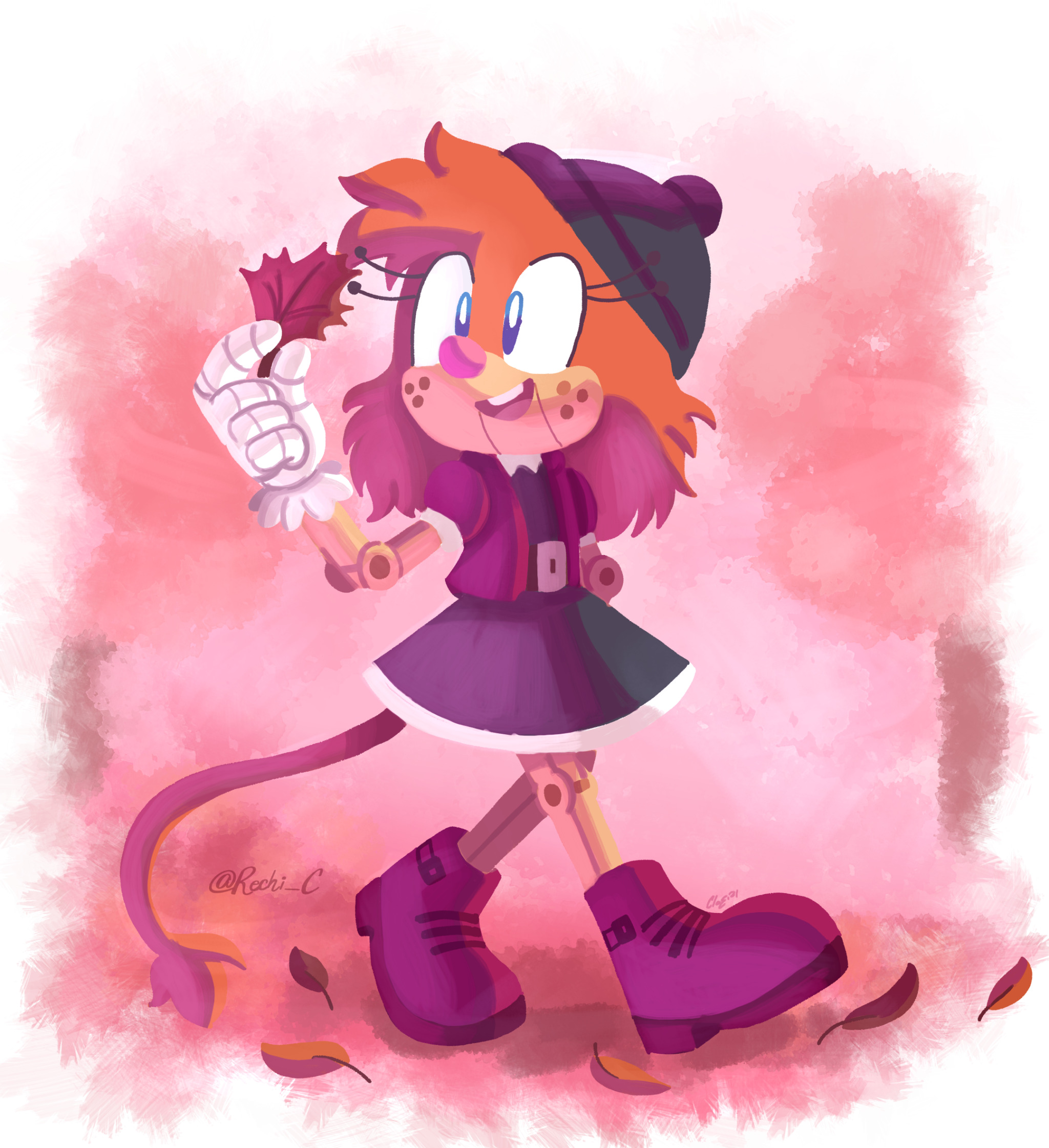 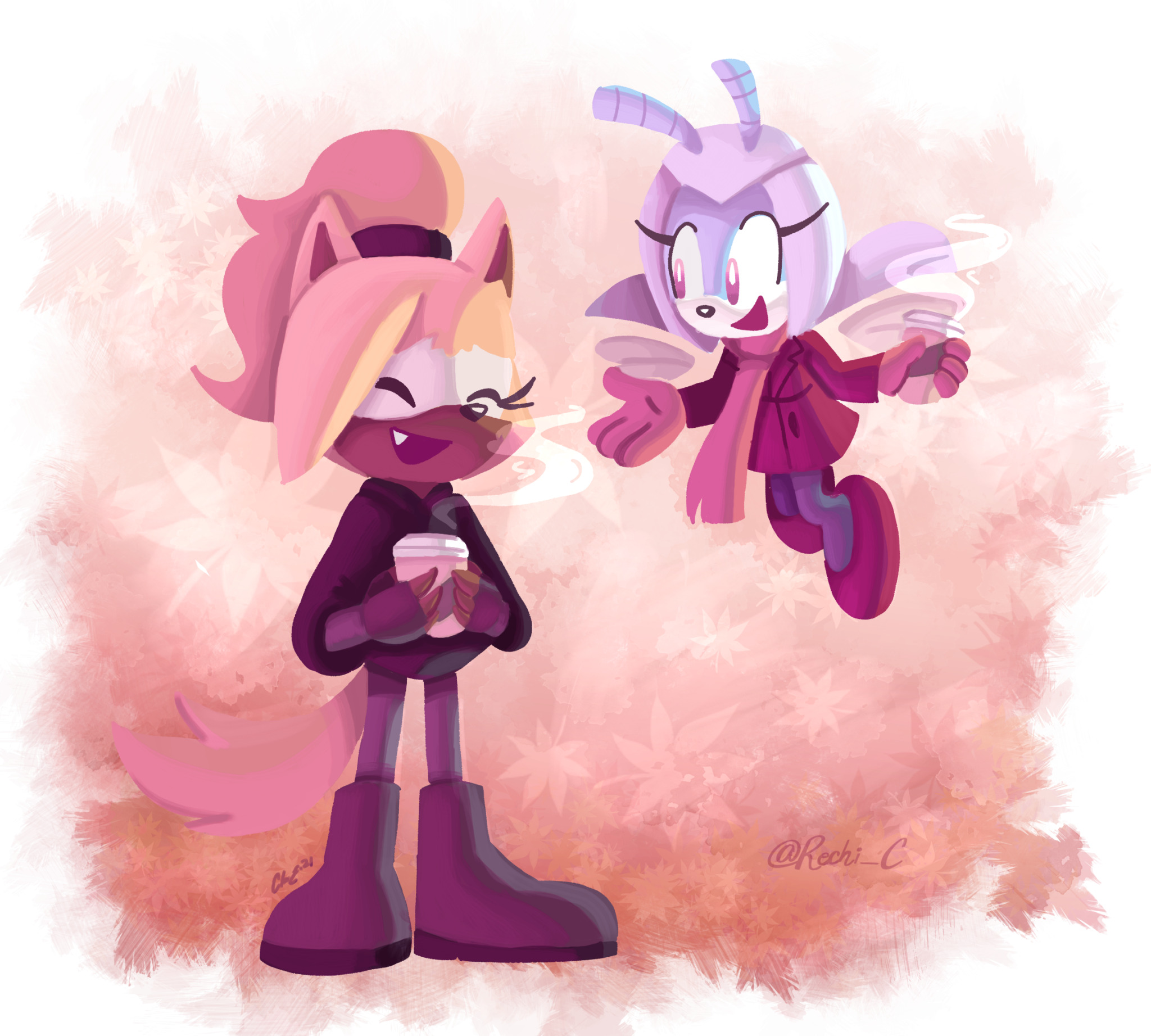 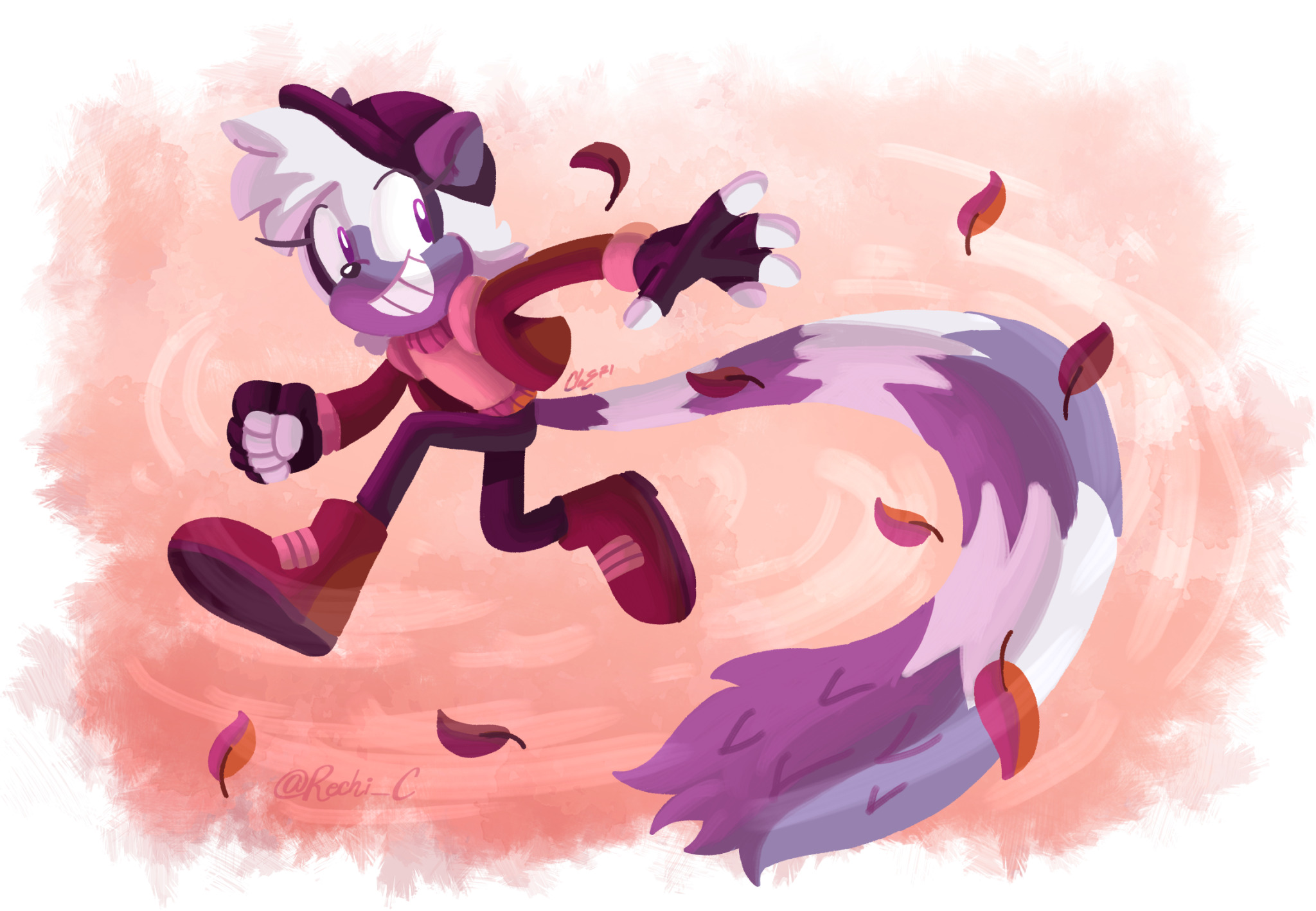 Cute wittle skunku
@Angrybrony
Yeah, it’s kinda embarrassing they messed up “Sonic Colors Ultimate.” The original Wii game was considered one of the least glitchy modern Sonic games, and now they couldn’t even get that right.
Now Sega and Sonic have gone back to having a “reputation” for releasing unfinished games.

They should’ve focused more on getting the retro port collection out for the anniversary instead, (maybe with M2’s help, as they make awesome ports, like the “Sega Ages” line) and maybe pushed Sonic Colors Ultimate back for next year.
(Like they did “Sonic Forces” during the last anniversary milestone year. Say what you want about “Forces,” but it wasn’t that glitchy, at least.)

🔥Sunset is best girl🔥
@Beau Skunky
they need to step it up in general.
Posted 29 days ago Report
Link Quote Reply
Showing results 1 - 25 of 18763 total