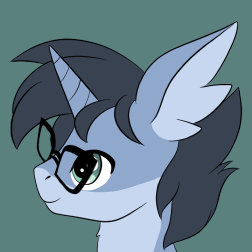 Vox Exercitus
@Princess Luna
But Neighsay, pre-reformation, basically did say that. Depicting Neighsay doing something which discriminates against other species can be done either as a mouthpiece or as an in-character depiction of a racist character being a racist, which imo has artistic merit and shouldn't be banned.

@Background Pony #F329
I wouldn't want to see ACAB banned any more than I'd want to see something like "jail the bankers" or "all politicians lie" or "fake news" banned. Generally it's more acceptable to disparage a job than it is to disparage something innate to a person. I'm not, in general, a fan of the habit of using canon ponies to mouthpiece political opinions though (despite having been historically guilty of it).

Posted about an hour ago Report
Edited about an hour ago
Link Quote Reply
Background Pony #F329
@Princess Luna
Still waiting on an answer.
Is "All cops are bastards" a discriminatory statement or not?
I even further clarified my point in a later post when it was argued that the phrase has nuance.

See, i get that it has nuanced meaning behind the phrase, but that's not the point.
"Bastard" is a slur.
"All cops are Bastards." is calling every single cop a slur.
THIS IS AN EXAMPLE I AM NOT SERIOUSLY ADVOCATING TO BE ABLE TO DO THIS
If i say "I hate niggers" and then go on to explain that i don't dislike black people, only the portion of black people that are criminals in the eyes of the law, that doesn't change the facts that i'm both using a slur and being discriminatory towards a group.


Posted about an hour ago Report
Link Quote Reply 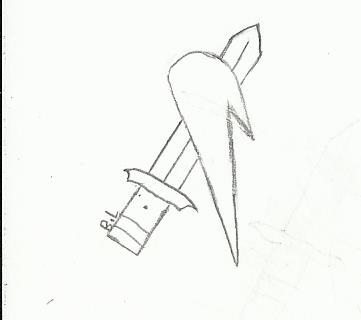 Mythical
Posted about an hour ago Report
Link Quote Reply

Banned for assuming I dance.
Posted about an hour ago Report
Link Quote Reply

Site Administrator
Site Developer
Tag Czar
@Frosku
The show didn't in its context appear to say to go out and be racist, which is quite important for this. We don't want people using Neighsay as a mouthpiece to hate other races.

@Armagedonus
Criticizing isn't the same as namecalling. You could say that they did bad things ("TSP fucked up things royally" etc.), but you couldn't go "woot is a retard", nor "Anyone who likes Aryanne is a dick".

I don't want the police arresting that kid btw. I would rather the police told the parents to please kick the boy's arse because he doesn't know where he's at.

Vox Exercitus
@Armagedonus
I think there's a line between criticism and namecalling, I'm also not sure I'd want to see Derpi turned into a battleground of critiques of other users' conduct. I'm conflicted on this.

I'd define low effort shitposts as non-transformational edits or randomly photoshopped compilations designed entirely to push a political agenda. You can use the little to no artistic merit test which is fairly well-defined.
Posted about an hour ago Report
Edited about an hour ago
Link Quote Reply
Armagedonus

A picture can't cause physical violence, but it's not a stretch to say it can inspire it in a politically charged environment.


Which only exist outside derpibooru.
I mean, we have filters and rule 4, so it is rather hard to create "politically charged environment".

Calling other users names I'd want covered in #newrule though.


Wouldn't that mean that we cannot criticize wootmaster or TSP in artpieces?

Zamasu
I just had to remind my coworker that I am the lead for our department and of his responsibilities as well as mine after he gave me an attitude and accusing me of "rushing" him.

screaming forever
@tehwatever
Or, again, they could have not arrested him and absolutely shouldn’t have posted on the digital Chernobyl known as Twitter.
Posted about an hour ago Report
Link Quote Reply

Vox Exercitus
@Princess Luna
I mean if you're going to allow mouthpiecing for other potentially offensive groups like BLM, antifa etc then I'd be in favor of allowing all mouthpiecing and just force it to be tagged. Calling other users names I'd want covered in #newrule though.

@Princess Luna
The part about fictional races being covered by discrimination seems unreasonable. Discrimination is a theme in the actual TV show, when the ponies first meet Zecora and more blatantly with Chancellor Neighsay.

@Armagedonus
A picture can't cause physical violence, but it's not a stretch to say it can inspire it in a politically charged environment.

@NamelessNP
Ops, sorry, I have meant "rule 0 for art" since filter feature only works on art!
I am with Frosku. (expecit "physical violence" thing, since I do not know how a picture can cause physical violence and "shitposting" is too broad and VERY individual)

@Yumenmita
Seems it was deleted because of the artist's artist upload only DNP. I'll have to go deal with that.

@Background Pony #CA60
On low-effort trolling, don't see any problems, unless the plantation-overlay stuff originally didn't have said overly. I don't think any of these are advocating for killing anyone; they portray hurting people, but "advocating" is a rather strict standard. Not seeing anything else that would be a problem.

@Frosku
So…what we have but with racism mouthpiece stuff and calling other users names allowed?

Vox Exercitus
@NamelessNP
Personally I would be in favor of restricting rule 0 to comments/forums/etc, and creating a new, much more relaxed rule for content which only forbids low effort shitposts, illegal content, and calls for physical violence.
Posted about 1 hours ago Report
Link Quote Reply

No we definitely need a rule 0 to keep comments and discussion civil so we don't have a free for all of insults, personal attacks and such, the point of contention is how to apply it to content

And fitting to use a Rottweiler for the avatar. He seems like quite the attack dog to me.

Vox Exercitus
@Background Pony #9806
Simply put, rule 5 is not nebulous. An image either is, or is not, a rule 5 violation. That requires no interpretation on the part of the member of staff processing the rule 5 report. The recent voting on various potentially racist imagery had one image where the staff were all agreed on whether it was a violation or not, many were in the 30/70 to 70/30 range which suggests that actually, there is no objective standard for rule zero (if there was, we would expect most images to be ~90% one way and ~10% the other way or better.

Pomegranates :P
As if people can't get anymore retarded.