So, yeah, if you think it’s interesting, let me know and maybe it’ll be a thing. PM me or whatever. As for who will play the super soldiers, me and whoever else wants to be one. Yup.
Posted 5 years ago Report
Link Quote Reply

Loves a German
@Ebonysdagger
You could help us with keeping the threads up. Check out the first and second page and find things you like.
Posted 5 years ago Report
Link Quote Reply

Happy Introvert
Hm… you know I’ve been on this site for years and only today noticed the forums thing up there? Not exactly the most observant person to live I’d have to admit. Oh well, uhm…. I’ve rped for … almost two decades at this point on various message boards. Need an extra character for your rp or whatever I’d be happy to help. I come through and check this site at least once or thrice a day. Currently have no rp plans myself but I’m up to join most any little adventure.
Posted 5 years ago Report
Link Quote Reply

Graymayne
The bestest Spikey Boi
@Jinx
It’s…moving along, I guess. Trying to figure things out. Yeah. Welp. I’m gonna down some meds to knock me out until I have to get to work in a few hours. I’ll be back when…uh…when I come back? Soon? I don’t know…just…fuck. Hope you all are doing well….byyyyeeee…
Posted 5 years ago Report
Link Quote Reply

Graymayne
The bestest Spikey Boi
Bro…holy crap…it’s been friggin ages since I been to this cite. How is everyone?
Posted 5 years ago Report
Link Quote Reply 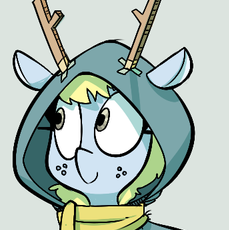 Loves a German
@Background Pony #1DCD
Nope, password got fucked by an idiotic freind. Im sure if i asked for it the rest of the guys would vouch to say it is me
Posted 5 years ago Report
Link Quote Reply

Background Pony #9D56
@Jinx
Can’t you send a report from the old account asking the badge to be moved?
Posted 5 years ago Report
Link Quote Reply

Loves a German
Now i just need to get my badge back so i can have my thread starter badge. Damn account changes.
Posted 5 years ago Report
Link Quote Reply

Bumpkin
Yee Caw
@Joey
Thanks! I can finally get criticism and help with and about my ideas! Hahahahahahhaahaaaa! :D
Posted 5 years ago Report
Link Quote Reply

Collab Overlord
PM me your cute OCs
Someone requested that there be a stickied thread for looking for RP partners and/or discussing ideas for new RPs before starting them. So here you go!

(Also, if this thread somehow gets to 100 pages, please let me know so I can give myself a badge for it :P)