Applepie2010
Nostalgia Nerd
The human CMC aka Canterlot Movie Club all dressed up like human Daring Do was together with in the Canterlot cinema mall under the opening party of the human Daring Do movie one morning in May. The cinema it was decorated with large, shiny, clear, long, round helium filled balloons on strings under the party. That was one of the biggest Canterlot Blockbusters that summer, as movie re releases from Canterlot’s hippie times was a hit too for the grown ups. The Daring Do movie was recorded in the human Everfree Forest that last summer. It was that time when the CMC was about to go into their youth and watch a movie targeted for them. The morning horny kids they all sat and held a bunch of large, shiny, clear, long, creaking, round helium filled balloons on strings between their legs that the kids was petting as the girls watched the two hour long Daring Do movie with brandnew surround sound speakers. Pinkie Pie had made the surround sound opening before the Daring Do movie. As human horny Scootaloo and human Apple Bloom both was petting a bunch of large, shiny, clear, long, creaking, round helium filled balloons on strings under the movie was human Sweetie Belle rubbing the kid between the legs the 10 minutes under the trailers and commercials before the movie. After the movie was the CMC going on their real adventure to find plush Gummy for Pinkie Pie in the cinema’s newly opened arcade that had a claw machine with Gummy in it. Later that Winter was the Daring Do movie winning the Canterlot Academy Awards for both best Visual Effects and Sound Editing in the Canterlot cinema mall. 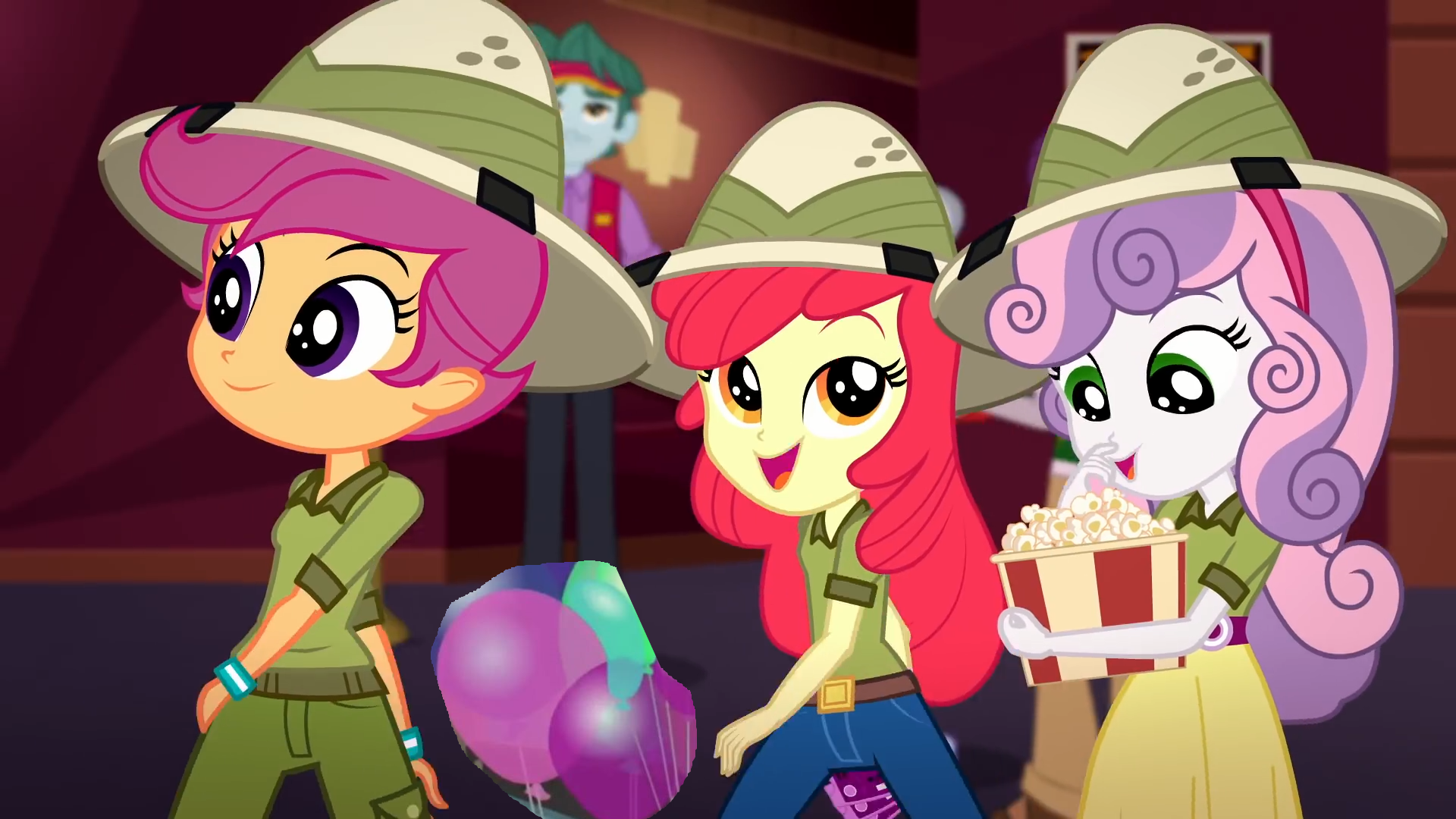 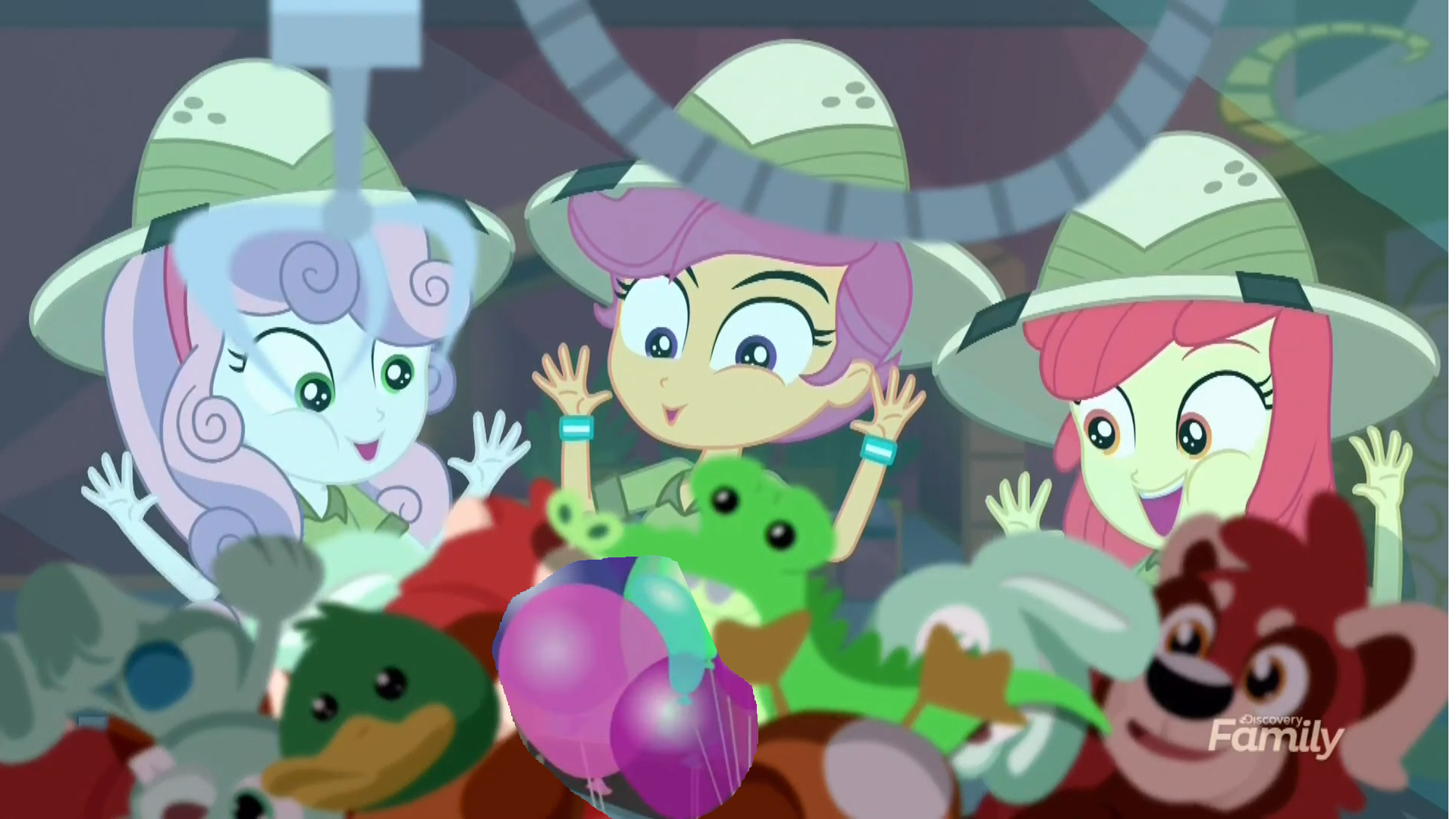 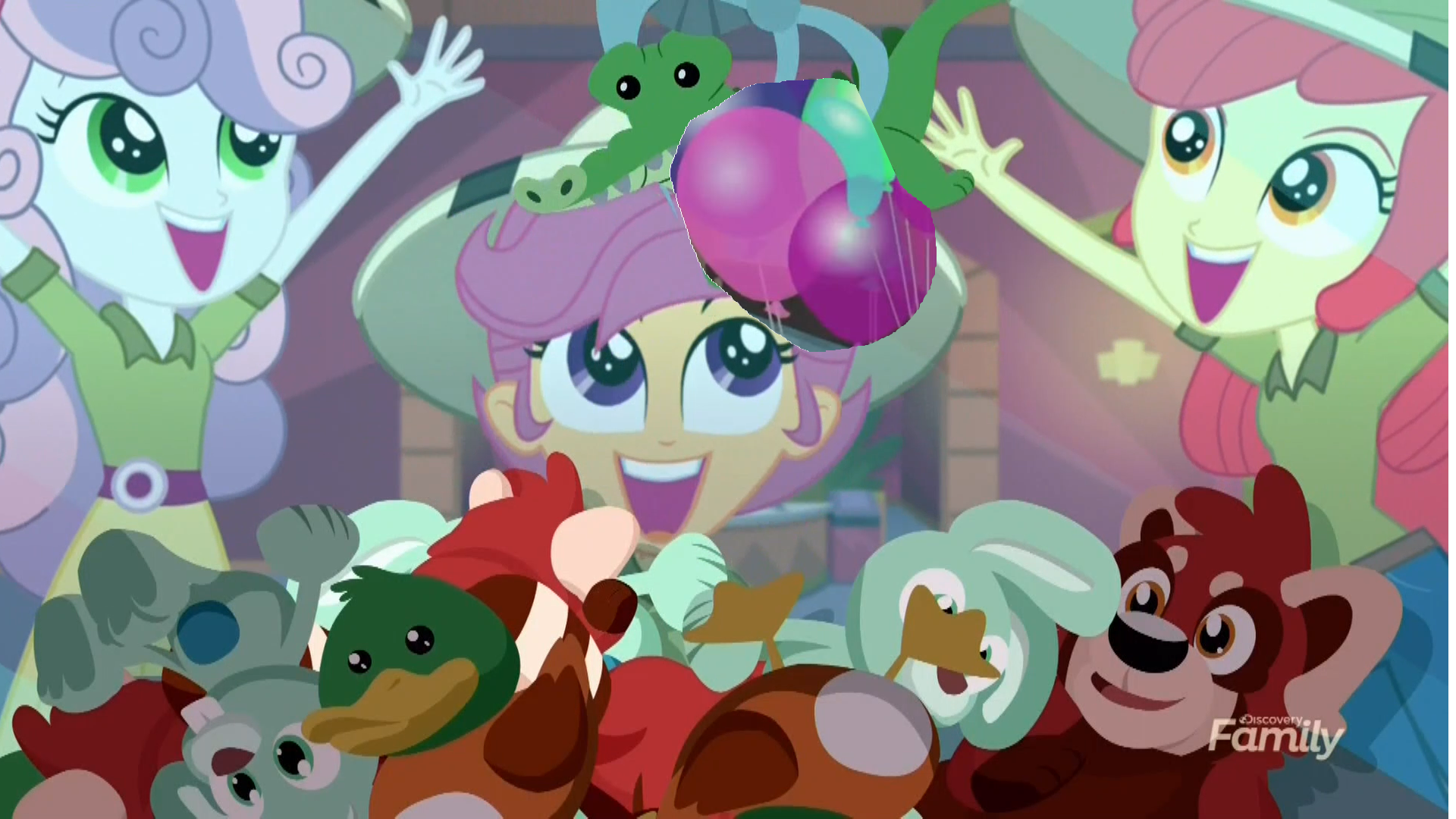 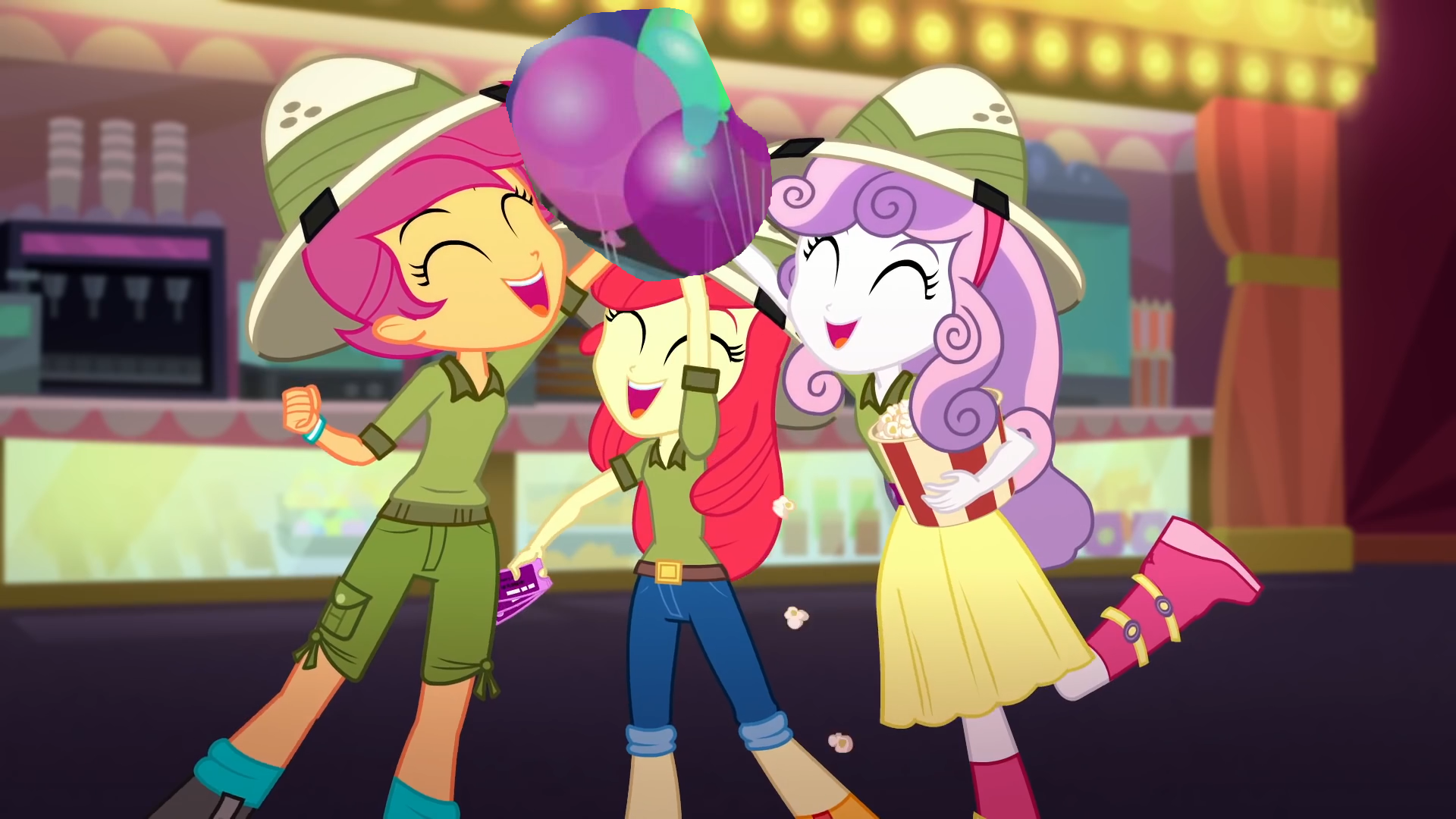 Applepie2010
Nostalgia Nerd
Rainbow Dash, Pinkie Pie, Snails, and Fluttershy was together with a crowd of dressed up buckball fan ponies in the cinema under the opening an annual one week film festival in the Crystal Empire one morning in May. The crowd of morning horny ponies they all sat and held a white, creaking, shiny, round, Snails printed balloon under their hooves as the ponies watched Snail’s two hour long movie Ponyville Team that was in competiton with other movies from all over Equestria. Snails was out of competition three years ago with the promo of the movie Derby VS Racers in the same cinema. There was also movies like a 4 hour long drama in the Fancy language from Canterlot, an 3 hour long epic Western from Appleloosa and art movies from Sire Lanka in their own languages under the festival. Pinkie Pie was some of those that hosted the fancy nightclub parties for the celebrities and rich ponies from all over Equestria under the festival that week. As horny Snails held a white, creaking, shiny, round, Snails printed balloon under a hoof under the movie was Pinkie Pie sucking Snails’s hot hard horn for the 10 minutes under the trailers and commercials before the movie. The next saturday evening was the festival ending as Snail’s movie Ponyville Team won the Golden Crystal Empire Awards for best movie. 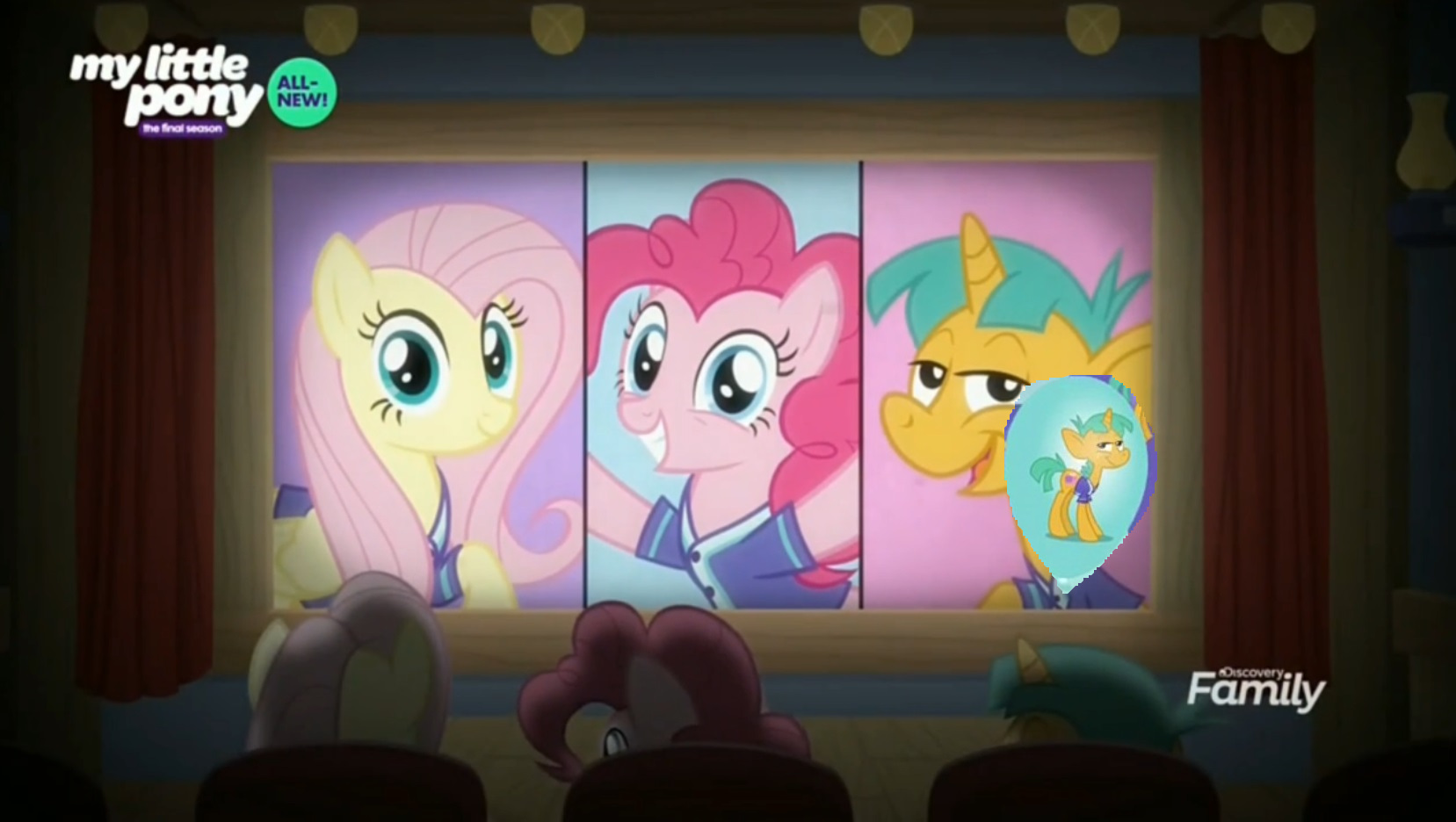 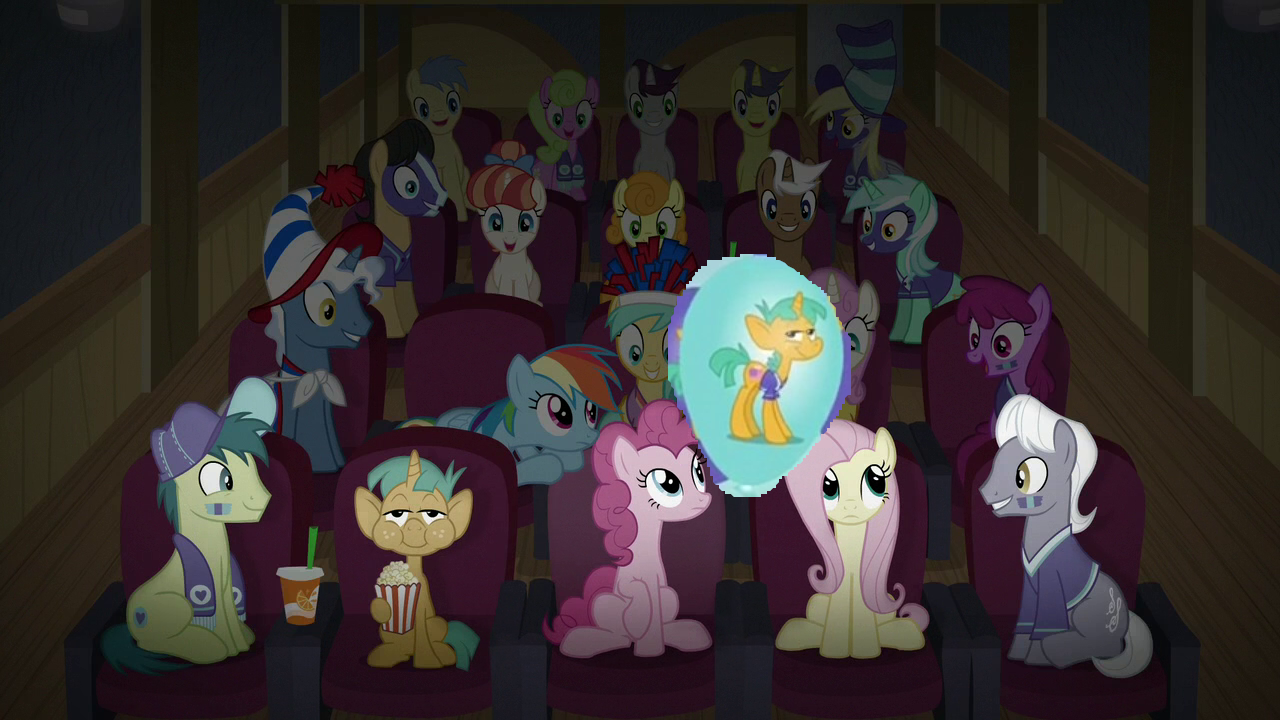 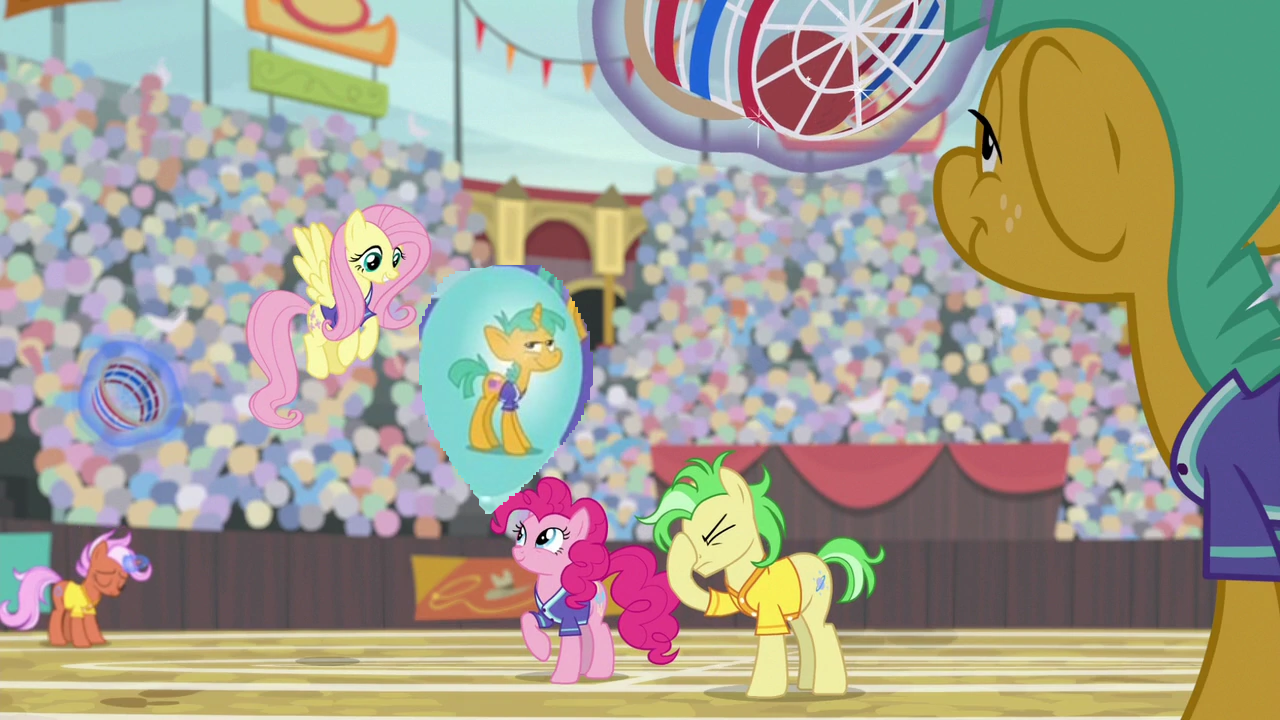 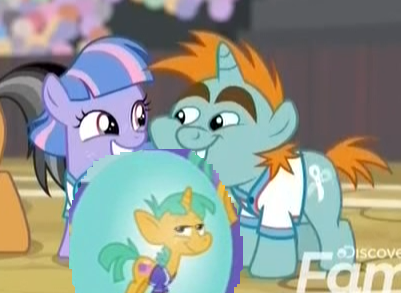 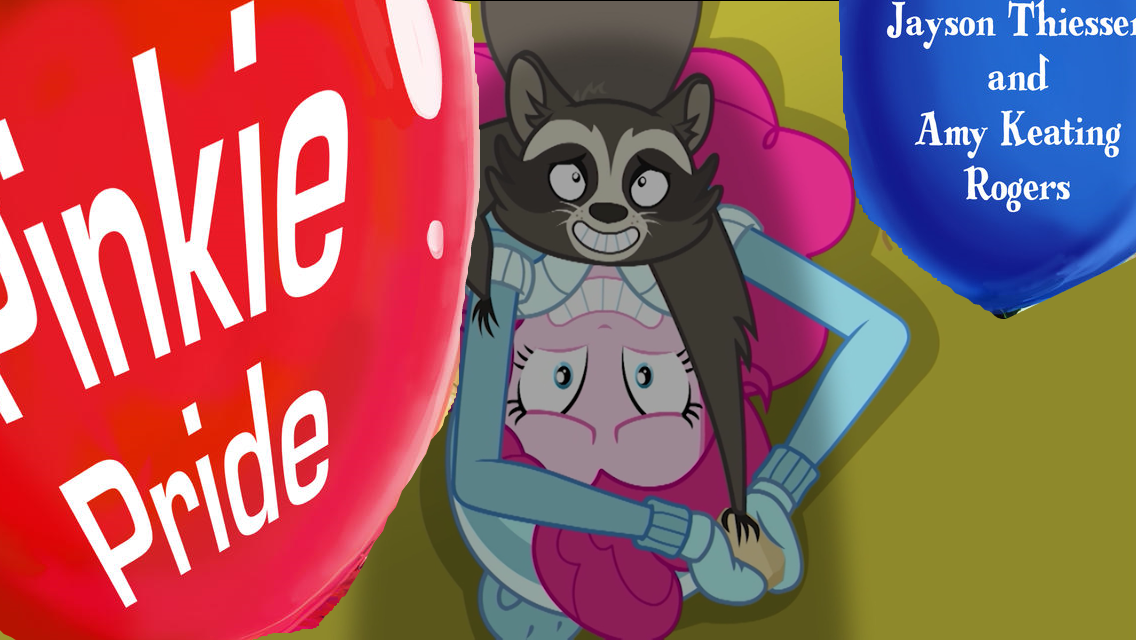 Applepie2010
Nostalgia Nerd
A big crowd from all over Equestria was gathered at Princess Twilight’s crowning ceremony in a decorated Canterlot Gardens one early october evening on a friday. Cozy Glow, Tirek and Queen Chrysalis had been turned into stone the last week, but the bell of Grogar was locked down in Canterlot’s secured basement along with dangerous items like the Storm King’s staff the Equestria Girls used. Grogar and Scorpan was living far away in Equestria, but old prophecy books told about Grogra and Scorpan’s return so the security in Canterlot was very high again. Under the ceremony was Pinkie Pie, Powder Puff, Grandpa Gruff, Applejack, nicely dressed Pokey Pierce, Gilda, Lyra, two dragons, some Changelings, Bon Bon and Gabby all grabbing a creaking, very large, round shiny blue balloon with their claws and hooves from the evening until over midnight. From midnight until the morning was Powder Puff holding and brushing a creaking, very large, round shiny pink balloon against Grandpa Gruff’s hot hard beak and cheeks as the olden horny bird he rubbed himself under his legs by feeling the soft balloon skin massage his beak and cheeks by the mare for hours. 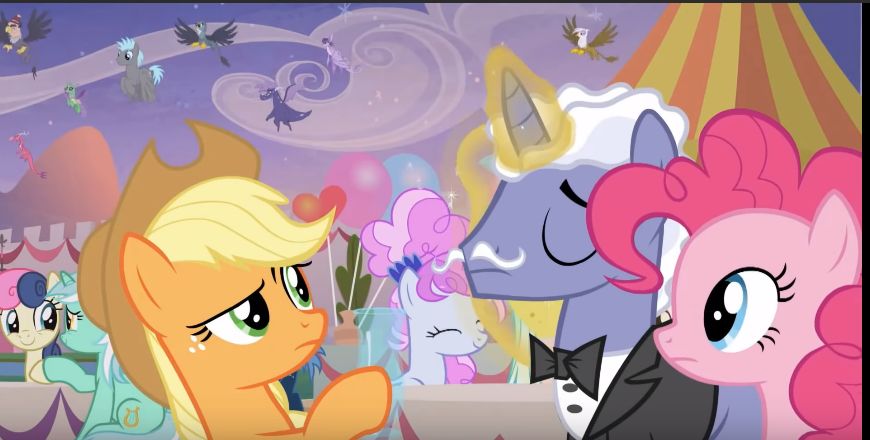 Applepie2010
Nostalgia Nerd
Many moons they passed as The Student 6 became older, and it was so long ago that Twilight had moved to Ponyville. The two birds, Smolder and Ocellus now ran the school as teachers along with the adult CMC. Adult Yona and adult Sandbar opened a Yak Yakistan shop in Ponyville with traditional yak music vinyls, as the yak stomp from ages ago became cult across Equestria. Luster Dawn, the very big cow in an old traditional Yak Yakistan dress, her older stallion friend and the very old pony in her new coat all grabbed a creaking, pink, shiny printed balloon they got under the Yak Yakistan shop opening party in Ponyville from that november afternoon until around midnight outside Rarity’s old boutique. It was the day after Twilight had shown Luster Dawn around Ponyville, and told about her and her Mane Six’s life in Ponyville so many many moons ago. Luster Dawn had moved into a dorm in the School of Friendship, and her best friends was a griffin, a yak, a Kirin and another pony that was the next heroes of Equestria. Then the day came that Hearth Warming where the annual Grand Galopping Gala awaited in the spring in Canterlot was announced. Twilight send the tickets to the gala to the griffin, the yak, the Kirin and the two ponies while many adventures awaited Luster Dawn and her friends until the gala months ahead. 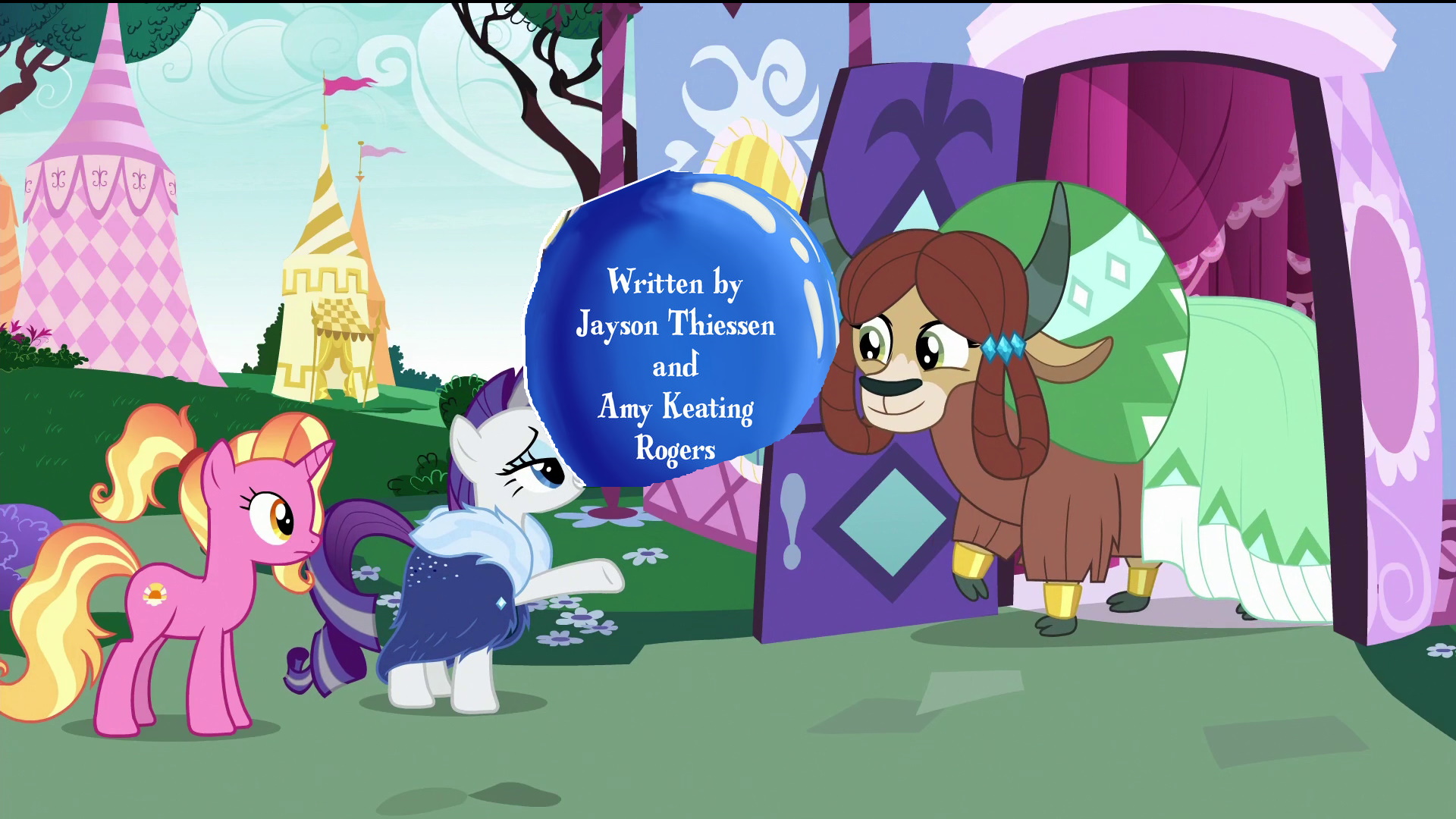 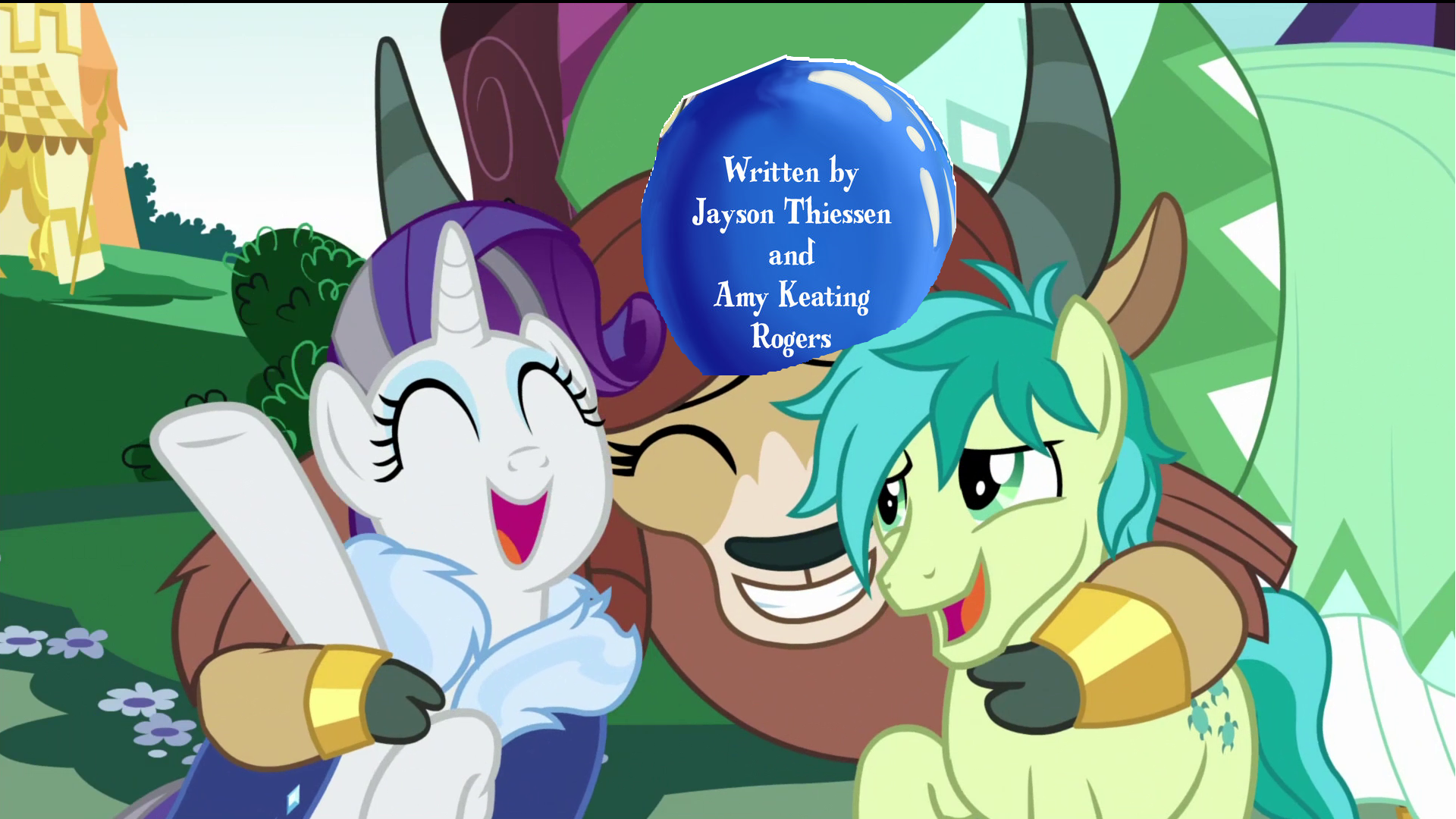