Starlight gave a speech of her own before that Chrysalis moment.
Posted 1 minutes ago Report
Link Quote Reply

Ditch Poms Go Orange
@Background Pony #39BC
Even if they managed to steal bits and pieces of our tech, they could never develop it that fast without skipping vital test stages. Which they clearly have. Only 70 people were tested and they skipped over every other trial.
Posted 6 minutes ago Report
Edited 5 minutes ago
Link Quote Reply
Background Pony #39BC
@MagpulPony
Unless the vaccine is stolen stuff.
Posted 7 minutes ago Report
Link Quote Reply

@Kiryu-Chan
Not everybody got time to cook.
Posted 29 minutes ago Report
Link Quote Reply

Ditch Poms Go Orange
@DarkyBoode32
They tested it on 70 people and have been actively trying to hack into USA entities to steal research on American vaccines. It's pretty safe to assume Russia has no vaccine.
Posted 30 minutes ago Report
Link Quote Reply

World's Okayest User
Canned Refried beans are garbage, best to make beans is to buy the bag of dry ones and cook them yourselves
Posted 42 minutes ago Report
Link Quote Reply

@Armagedonus
Some Latinos were born American.

And the Latinx community wasn't fooled either.


Then why did so many latinos voted for Drumpf?
https://www.pewresearch.org/politics/2018/08/09/an-examination-of-the-2016-electorate-based-on-validated-voters/
Like seriously, latinos voted TWICE as much as black people on Trump XD

And before you will be a smart-ass and say "but 65% of them voted for Hilary!", then no, that is not my point.
My point is that why would so many latinos vote for Trump if, what you imply, Trump as super anti-latino?

Ditch Poms Go Orange
@DarkyBoode32
It's a pretty clever pun. Plus they seriously did rush it. That vaccine isn't going to work on anything.
Posted about an hour ago Report
Link Quote Reply

yelling_into_the_void
The Hell?
This image is blocked by your current filter - click here to display it anyway

your current filter.
Posted about an hour ago Report
Link Quote Reply

yelling_into_the_void
The Hell?
@byte[]
What are those?
Posted about an hour ago Report
Link Quote Reply

Ditch Poms Go Orange
@Commune
How so? I needed beans regardless.
Posted about an hour ago Report
Link Quote Reply

Don't ever recall using this brand, but from now on I shall.

I WANT THOSE BEANS! 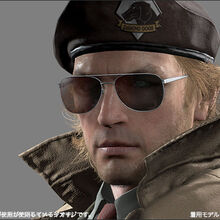 I already mentioned that idea in this thread if you like to read that:

My question(later part of the post)
Reply i got

What i got from that is that Posting link to uncensored version in description of censored picture on this site is allowed as long as that link does not take someone that click it directly to forbidden image so for example if uncensored picture that is linked to require an account to view it(like on ink bunny) or if it is filtered by default and shows tag warning that you have to click to view picture(like ponybooru) then it is ok.

I don’t think that staff is making "acceptable targets" from my understanding of refined rules and discussion in this thread i think that it is more about difference between criticizing someone or something(from real word) based on their choices(job, political affiliation, their actions, etc…) which is allowed in tame way(like calling them "bastards" is ok but saying that they "are worthless scum that is cancer on current society" might be a little to aggressive) and criticizing someone based on things that they cant change or changing it is hard for cultural reasons(Sex, race, religion, orientation, looks, nationality, etc…) which is not ok.
Based on that I think we can determine most obvious cases of what is acceptable and what is not. For example in my understanding(If possible I would like confirmation from a staff member if I am right in my assumptions) I think that following statements are not ok:

While Statements below are ok:


Those are in my opinion are the most obvious cases but there are some that can be less obvious so it is better to ask about those.

I have a question about this part of your post:

While the Titanic thing wasn't low-effort, it really did seem all geared towards the message, and when the message is "lol your site is dead", that's a bit in the realm of bait. As for the OC owner, no they can't take down any image of their OC that they want (even ones where she's hanging out with ponies the OC owner doesn't like); the trouble is in this case, the OC is very prominent and staring at the viewer, which suggests the viewer should make a connection between her and Ponybooru.

if i understand correctly this image making connection between oc and ponybooru is the main problem here so if someone would censor the "ponybooru" from lifeboat on which this oc sits would then that picture be ok(there would be no connection between oc and ponybooru but there would be "oc hanging out with ponies the OC owner doesn't like" which should be fine) or would censoring names of other sites from other lifeboats be also required?

I have also asked other question about your post that I think you might have missed so I Would like you to address them if possible.
Posted about an hour ago Report
Edited 34 minutes ago because: correcting mistakes and clarification of some points
Link Quote Reply

Just because you have great magical power doesn't mean you're not emotionally vulnerable, as gingerninja said. Discord is probably another example of this, in more than one case, even if he's noticeably more abrasive than Starlight is.

At the best of times, Starlight's magic is secondary to solving a given friendship problem (A Royal Problem, where the ponies in question still had to reflect on the matter, which wasn't forced along per se), when it's not causing it outright, not helping, and/or making it worse. S7 has multiple examples of this. Someone can fixate on "Starlight's a pretty powerful pony" all they like, and be within their rights to do so, but the show never distanced itself from that line of thinking with Starlight, from S5 to S9, pre-reform or post, and I feel it's missing the point to not see it that way.

You said it pretty well, all-in-all.