Drama in the comments
@atalarikt
I was thinking human Twilight was more like Moondancer. But that comparison works. Making her a psychopath could have also worked. Regardless, Cinch doesn't need to be involved.
Posted 4 years ago Report
Link Quote Reply

Hasbro and DHX Media should have had the spine to make Sci-Twi a psychopathic professor character. Cliched, yes, but I'm sure it's more interesting than a Fluttershy expy.

Drama in the comments
@atalarikt
Cinch wasn't much of a villain to begin with, even though she technically was one. Without her, it would just be about the Crystal Prep/CHS rivalry. I doubt the movie would have to change much without Cinch.
Posted 4 years ago Report
Link Quote Reply

EqG fan + Love Liver
@Registered Anon
But how would the movie go without any antagonists? 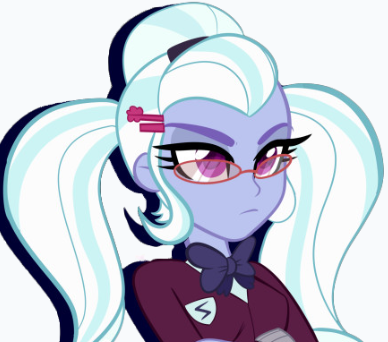 GameWhiz14
@Registered Anon
I view Friendship Games as: Better than Equestria Girls, but not as Good as Rainbow Rocks.
Posted 4 years ago Report
Link Quote Reply

Drama in the comments
@GameWhiz14

@Roy-of-Asturia
Yeah. I still like Rainbow Rocks the best out of all of the horse girl movies. I wouldn't say Friendship Ges is bad, but I do have some issues with it.

GameWhiz14
@Roy-of-Asturia
I agree. That was my thought process after I viewed the film and did my own analysis. If they did a better job at polishing out getting the Shadowbolts more of a prominent role in the film compared to Cinch, along with the Friendship Games, it would of came out better. I still enjoyed the film, but it pales in comparison to Rainbow Rocks. That movie is still my favorite in the EQG series.
Posted 4 years ago Report
Link Quote Reply

Roy-of-Asturia
@GameWhiz14
@Registered Anon
Had the writing team been more passionate about and spent more time balancing the (designated) protags and antags in the sports-themed film, the film would have been as good as the previous.

In the meantime, I'm sticking to my headcanon of Sunny Flare being a cyborg or an artificial human. 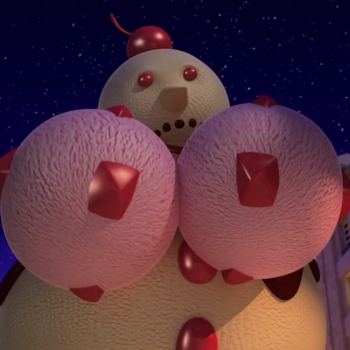 Live from Dalekdome
@Roy-of-Asturia
True but the rest of the shadowbolts shouldn't of been that underutilized.
Posted 4 years ago Report
Link Quote Reply

Drama in the comments
@Roy-of-Asturia
That sucks. The film didn't really need a villain (Or at least Cinch anyway). I'm sure it would have been easy to write it so Cinch doesn't play such a large role. The whole thing about her blackmailing Twilight for the scholarship or whatever didn't seem necessary. It could have just been Twilight decides to try the games for once instead, and then at the end she loses control and becomes Midnight Sparkle, without the pressure from Cinch and the Shadowbolts. Most of the details could be the same. Just mostly write out/downplay Cinch's role.
Posted 4 years ago Report
Link Quote Reply

@ImRaidAccount
Cinch is the main villain; Sci-Twi is but her Queen chess piece.

Live from Dalekdome
@GameWhiz14
Are you serious?! I was half-kidding! At least most of them got characterization. Poor Sunny Flare
Posted 4 years ago Report
Link Quote Reply

@ImRaidAccount
Which sucks. Cause I would have wanted to see more of them than her. Cause I didn't really care for Cinch.

Drama in the comments
@ImRaidAccount
Which sucks. Cause I would have wanted to see more of them than her. Cause I didn't really care for Cinch.
Posted 4 years ago Report
Link Quote Reply

Live from Dalekdome
I think Cinch literally has has more screentime than the Shadow 5 combined.
Posted 4 years ago Report
Link Quote Reply 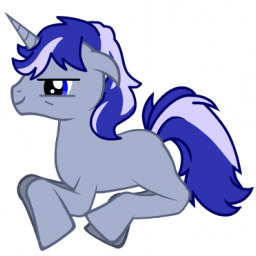 @Background Pony #2A17
That's because they didn't have the space to be fleshed out, because Cinch took up the screentime in which they could have.
Posted 4 years ago Report
Link Quote Reply
Background Pony #8542
@Somber Star
>shadowbolts reflective dichotomy

Which they basically didn't have after about 5 seconds. They were absolutely pointless to the movie in that they had zero effect on it or the plot.
Twilight was the only character from crystal prep who actually was relevent to the plot, you could have deleted every single shadowbolt but her and the movie's plot would have worked EXACTLY like it did. They were about as important as the minor antagonists in the recent comic arc were.

You know what, I don't even care. I love the movie, and I know that a lot of other people do as well. Think whatever you want about the movie or the trailers or the writers or whatever. I don't agree with a lot of what people are saying, because a lot of people don't give their reasoning behind why they think the things they say beyond blanket statements with no proof, but that's just what I see through whatever biases that I may or may not have that I can't see.

Are you seriously lost? No seriously, are you lost? Were you looking for the comment section of a "FRIENDSHIP GAMES SUX" image and found yourself posting here by accident? Are you trying to cover your mistake by arguing about something that has absolutely nothing to do with the pic or comments at hand? Or do you just not read a single damn thing that's written? Because if you've even bothered to read and think for a second, any normal person would be aware that NO ONE SAID FRIENDSHIP GAMES WAS A BAD MOVIE. There was no comment on this page that said "Friendship Games sucks because Cinch". There are people who hate Cinch for a variety of reasons, but no one here is saying that Friendship Games is a bad movie and yet you've clearly convinced yourself that everyone commenting on this image hates the movie. If you're done commenting on this, then good job on dropping conversation that shouldn't have existed in the first place.

@Ihhh
For the hundredth time, nobody is saying they didn't like the movie. We're talking about this one, single, annoying, pointless character who took away from the Shadowbolts' reflective dichotomy with the Mane 6 and who clearly exists because somebody can't write a story without a Disney-style villain, or because Hasbro won't accept a premier film without one, or whatever.
Posted 4 years ago Report
Link Quote Reply