Pomegranates :P
@PonyPon
I bet you. Trixie would have no shortage of anypony who wish to travel with her in this fandom.
Posted 5 years ago Report
Link Quote Reply

If that's the case I'd expect people to be complaining far more about Derpy being spammed by the site's very name, or Twilight by how most mods use her as an avatar.

Maybe it's because Derpibooru' s symbol and general color scheme is Trixie-ish?

Manually Breathing
@Background Pony #101B
Can I ask how derpi is "spamming" Trixie?

Posted 5 years ago Report
Link Quote Reply
Background Pony #D319
I just wish she was less pushed. Between EqD and Derpibooru I'm turned off because of the Trixie Spam. I guess they act like she does as an annoying show off.

It dampen her reappearances for me. 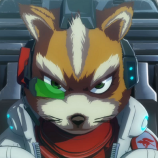 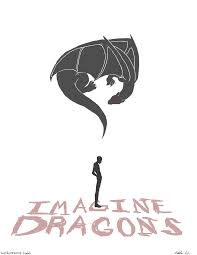 @1CJB
I'm glad you agree with me when it comes to Twilight, though I disagree in your words that her friends were assholes.
Posted 5 years ago Report
Link Quote Reply
1CJB
@Background Pony #FA55
You know what, I do think think she has the best design on the show, and her VA is great. This has nothing to do with my opinion of her character. She was never redeemed anyway, just forgiven.

@EquestrianScholar
"Twilight herself did nothing wrong"
Agreed, but her friends were still assholes in that episode, and Trixie didn't deserve what she got.

@1CJB
Well hopefully any story involving Trixie and her personality/characterization will improve now that Magic Duel has established a redemption… no matter how many feel it was perhaps not as well handle as let say Sunset Shimmer.

I agree, it is best we part way and agree to disagree. I like Trixie, yet it is clear we don't see eye to eye when it comes to details involving her.

More, though I know many fans may well disagree with me, I do feel what happened in Boost Busters was Trixie's own fault. Perhaps Snips and Snails shares blame but Twilight herself did nothing wrong, with her friends merely offering their doubts on the stagemare's bragging, showing disapproval of Trixie's show of exaggerated performance and overblown ego.

@1CJB
Yet what if her special talent is supposed to be stage performance not magic? Sure many fans like to say or believe her talent is magic like Twilight but I argue such can be debated.

I do believe Trixie is capable of great things, with potential of her own, I just feel that doesn't necessarily mean her path involves becoming great at magic.

Posted 5 years ago Report
Link Quote Reply
1CJB
@EquestrianScholar
Ehh, I don't really feel like arguing much more over this.

How about this, Trixie isn't super powerful like she claimed to be, but she also isn't incapable of being great at magic. From what I've seen on the show, nopony sucks at their special talent.

@1CJB
I would still argue that the School for Gifted Unicorns is bad up of specialists not generalists, given what has been shown. Twilight, whether one likes it or not, is special with perhaps nopony but Starswirl the Bearded with more potential with magic.
Posted 5 years ago Report
Link Quote Reply

@1CJB
I have just one question to ask… if Trixie was really all that good at magic wouldn't she have tried something other then a mere 'rope trick'? At the very least if her talent is that of magic, in the same way as Twilight or another with such a talent, she wouldn't have given up after a single failed attempt.

Trixie is a stagemare thatexaggerated and made up stories, able to do flashy and showy magic that really didn't have much purpose except impressiving others. If she was in any way powerful with magic she would have done more then just trying, and badly failing, to tie the ursa minor with a tiny rope.

Posted 5 years ago Report
Link Quote Reply
1CJB
@1CJB
"I imagine the others could do more than just a couple spells, considering they are also gifted in magic. That’s what I’m assuming the school is for, unicorns gifted in magic."

Within the context of the show and not the story you were talking about.

Right, most unicorns. Trixie actually is talented in magic, she isn't most unicorns. Think about it, would Trixie ever consider a career in magic if she wasn't any better than the average unicorn? Or if her talent was something else?

"other students may be able to get ’A’ in their classes it would be in only one or two forms of magic."

I imagine the others could do more than just a couple spells, considering they are also gifted in magic. That's what I'm assuming the school is for, unicorns gifted in magic.

"not as useful off the stage as on it, hence why I called it ’stage magic’."

But, she only wasn't useful against a giant bear like a thousand times her size. She did summon a much bigger storm cloud, and though it did nothing against an ursa, I imagine she could do some damage to a pony. I could argue that her magic could definitely be useful off the stage.

That's dumb. The fact that Trixie was accepted in the school for GIFTED unicorns disproves that she's mediocre at magic.


The idea was that Trixie was gifted for being able to do all that different magic, when it is fairly well established that most unicorns can only learn magic related to their talent. In the case of this story, while other students may be able to get 'A' in their classes it would be in only one or two forms of magic. Trixie though is able to use all types of magic, yet not do as well as those who had talent in just one or two.

That's a depressing, cruel headcanon. If that turned out to be true, I would probably hate the show.


The idea is that of versatility or specialization, being able to cast many low level spells while other unicorns could cast high level spells but in a much more limited way. Seems, you were seeing what I posted in the same way Trixie did… ignoring what she can do and focusing on what she can't do.

My post was supposed to show this was just how Trixie perceived her situation, thinking she was inferier though she actually did have interesting talent and potential. The spells she cast during her show were 'tricks' in the sense that they were flashy and showy yet not as useful off the stage as on it, hence why I called it 'stage magic'.


Essentially Trixie is the 'bard' to Twilight's 'mage', in Dungeons & Dragons/Final Fantasy terms. Being a skillful stagemare and not a powerful mage isn't something to be ashamed of, though Trixie and some fans seem to have a problem with such.

That's a depressing, cruel headcanon. If that turned out to be true, I would probably hate the show.

"Trixie did what well could be consider parlor tricks among unicorns"

She twisted a rainbow, summoned a storm cloud to zap dash in the butt, and she transformed Rarity's hair into a rat's nest. Those were not illusions or "stage tricks". The idea of Trixie only being capable of "stage magic" is unsupported.

"Twilight could pull off all of them."

Twilight is severely overpowered, there is no reason at all she should be so powerful. I believe her character severely diminishes the potential for some great episodes involving unicorns and their magic with how it's wrote.

That's dumb. The fact that Trixie was accepted in the school for GIFTED unicorns disproves that she's mediocre at magic.