St. Gloriana's = the new Queen Elizabeth-class carriers (2/3rds the size of the Nimitz-class)? I'd ship that with Princess Twilight.

Keep Hope Alive
Here's a quote I made from my head…….

A voice from God is a voice of reason.

Goth Hippie Nerd Pony
@TyroneBiggums
Thanks, really interesting shots of the island yacht on that page. I like this one in particular:

@TyroneBiggums
That is a really cool thing. Is this from a game, or future thinking? I always like designs for ocean surface living! :)

A great taste I also share.
Its a mega yacht design concept.


Posted 5 years ago Report
Link Quote Reply
Lunalove
On a more positive note — the point of the pic in question — as it's Drinking Day…:

Goth Hippie Nerd Pony
@Nightweaver20xx
I don't think the fandom is just negative though, but I suppose I could say it might be more, ummm, emotional, for better or worse? It's a pretty emotional franchise too, so that makes sense, lol. :)

Can someone please post these 'hopeful celestia' spoof images as separate uploads?
Don't make me be the one to do it!!!

Evil
@Amethyst_Crystal
The read sad thing to realize is that I knew upon seeing this picture uploaded that it would be flooded with negative comments, because I know how this fandom is. I just never thought they'd come from me. This is why we (and I) can't have nice things.
Posted 5 years ago Report
Link Quote Reply

Goth Hippie Nerd Pony
@TyroneBiggums
That is a really cool thing. Is this from a game, or future thinking? I always like designs for ocean surface living! :)

@Nightweaver20xx
First, I want to apologize. I was really tired and cranky when I made that post, and was reacting to the thread and general, but mostly to your rant. Maybe I was fed up of all the negative energy on a positive picture, but scolding for it certainly doesnt make the situation more positive, does it? I'm sorry.

As to your question: it's Molly, youngest of the human siblings that hang out with Dream Valley ponies (she admittedly looks pretty weird in this shot). She's pretty much that pony's therapist.

The pony is Shady, and she's relevant to the negative vibes in this thread: think Fluttershy, only with constant severe depression. She's a real negative nancy at least 90% of the time.
The comments on this thread just reminded me of her cause this is exactly the sort of stuff she would be posting
.
I like to think she helped spread awareness of depression to 80s kids on one hand, and on the other hand giving kids a look of what its like if you take negativity too far, which includes how inconsiderate your peers could get, fair or not.

But you know what, even people suffering from depression can still have a chance to triumph and reach their goals. Really. :)

Evil
@Amethyst_Crystal
Who the hell is that in the picture, Princess Toadstool?
Posted 5 years ago Report
Link Quote Reply

Wow, not sure if enough bad vibes in here yet.
Sorry, but edgy super-pessimist comments on an optimistic image upload is just another form of attention whoring.
I'm sure there's plenty of 'feels bad' pics on derpibooru already to wax bitterly on, where it would make sense beyond sounding like you're disagreeing for the sake of it. Just saying, this picture is pretty much a lie. 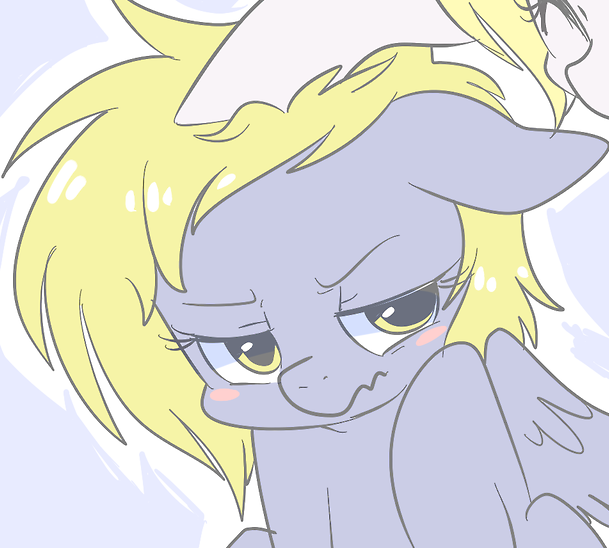 The mood was much better in earlier comments.

Goth Hippie Nerd Pony
Wow, not sure if enough bad vibes in here yet.
Sorry, but edgy super-pessimist comments on an optimistic image upload is just another form of attention whoring.
I'm sure there's plenty of 'feels bad' pics on derpibooru already to wax bitterly on, where it would make sense beyond sounding like you're disagreeing for the sake of it.

@Nightweaver20xx
I already did.
Posted 5 years ago Report
Link Quote Reply
Lunalove
(Huge dragon Spike-y Norman, with Rarity in claws, emerging from tactical nuclear device-obliterated aircraft hangar at Luton Airport, off searching for the younger of the Princess Sisters, who has a paranoid worry about said reptile currently 800 yards long):

John Cleese (at announcer's desk & microphone) 'And now for something completely different: Rabbits':

You could try reporting your own comments. I've done that a couple times when I felt like I was being douchey.

Evil
Wow I was drunk as hell when I posted that crap last night. Sorry about that. Too bad you can't delete your own posts. I don't actually feel like that.
Posted 5 years ago Report
Link Quote Reply

Special when lit
How calming down a bit before this gets worse?

I would try and say something uplifting, but I'm in a very shitty mood right now.

@Nightweaver20xx
Um, why? I was implying maybe everyone around you are the assholes, and that is why you want to kill them, so you should move. But now you take that the wrong way and say that you should kill yourself…

I think I see the real problem here. It's a type of cognitive dissonance that convinces you that everyone hates you and/or is judging you, that everyone cares about everything you do and is watching you for you to do something wrong so they care subtly mock you.

That is how I view the world, but I realize it isn't true. Well, the act of thinking it is true can actually cause you to act in ways that it makes it true.

@Nightweaver20xx also acceptable, just remember to record it so I can post the result to BestGore!
Posted 5 years ago Report
Link Quote Reply

Evil
@Eeveeinheat
Maybe I should just kill myself so you all never have to put up with me again, how about that.
Posted 5 years ago Report
Link Quote Reply

@Nightweaver20xx Move to wyoming, we have buffets as far as the eye can see! And cheap beef!
Posted 5 years ago Report
Link Quote Reply

@Nightweaver20xx
Well, maybe the reason you have no friends is because everyone you meet you want to strangle. Kind of hard to make friends with people if you want to kill everyone. Just a though. I suggest moving somewhere far away.
Posted 5 years ago Report
Link Quote Reply