Everyone is fond of owls
@ponyguy456
This is very fitting.
Posted 4 years ago Report
Link Quote Reply

Ponlets
this is why i call my plushie "sweetieboo" because she is so cute :D
Posted 4 years ago Report
Link Quote Reply

Cheerilee's Waifu
@HighRollerHydra
Sounds like you are trying to pick a fight when there is none. Kindly bugger off.
Posted 6 years ago Report
Link Quote Reply
Death2

YOU WILL BOW TO ME.
Can't you people just shut up and d'aww over Diasweetes?
Posted 6 years ago Report
Link Quote Reply
Background Pony #9781
@Skoon
Actually I would say there are 2 other reasons:
1) Media constantly reporting about pedophilia — the world isn't more dangerous than it was say 10-20 years ago, but we are more afraid of it.
2) The fact that catholic church finally decided to reveal facts about pedophilia in it.

Some years ago there were even talks about legalizing pedophilia when children were above certain age (this was in Holland I think), just like there were talks about gay people and stuff. But suddenly 1) and 2) happened and we went from one kind of wrong to an opposite kind of wrong. 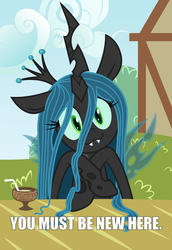 YOU WILL BOW TO ME.
Can't you people go five minutes without giving this a "drama in the comments" tag?
Posted 6 years ago Report
Link Quote Reply

Everyone is fond of owls
@Cyborg_pony
It's not child abuse if it's done in the name of entertainment!
Posted 6 years ago Report
Link Quote Reply

@DrCoolcabbage
You also gotta love the hypocrisy of some of those mothers.
"I'm not sexualizing muh daughter. They're sexualizin' muh daughter. YOU PUT THAT THONG ON RIGHT NOW MISSY ER YOU DUN GET TO DANCE ON STAGE! she's loves perfermin'"

You all know who that is..

Everyone is fond of owls
@Skoon
XD There's got to be some wonderful symbolism there. A happy little filly sitting atop a discussion about how society's spiraling out of control. Just another normal day on the internet!
Posted 6 years ago Report
Link Quote Reply

Cheerilee's Waifu
@DrCoolcabbage
To be honest as grim as serious as this discussion is; it has actually made the picture kind of funny by contrast.

Sweetie Belle is just there, totally ignorant and blissful.

Man this got deep. 3deep5me

Everyone is fond of owls
@Skoon
…Oh dear God that's horrifying. And the taboo eventually becomes a commodity for the masses once someone figures out how to market it. And if that taboo is the sexualization of children? I mean, good God, there are already places that sell THONGS to kids. It's this horrible vicious cycle that can only get worse…

Is that whole "colonizing the moon" thing still on the table, because that sounds really good right about now.

Two major contributors have to be A; the long ingrained shaming of sex and sexuality in western culture and B; the contradictory sexualization of certain acts, clothes and contact.

By putting so much emphasis on how awful sexuality is we have warped our own values. The taboo is everything now. Humans naturally desire the taboo; existing issues are exacerbated, new ones created.

With each generation being shamed further while the media crams horror stories into their brains things get worse and worse until even making eye contact is considered rape and/or assault.

Adverse effects include putting, for example, pedophile thoughts into otherwise innocuous individuals. So much emphasis is placed upon it that the idea itself is drilled into the heads of the masses. Again, humanity loves the taboo. The conclusion is easy to draw.

For another example just look at tobacco. The harder people press to put it down and make it taboo; the more other people desire it.

Houston, we have a problem.

Everyone is fond of owls
@DrCoolcabbage
*in an outfit and makeup your average stripper would be embarrassed to wear. The vegatable doctor cannot type tonight.
Posted 6 years ago Report
Link Quote Reply

Everyone is fond of owls
@Cyborg_pony
Oh, exactly. It's totally cool to spraytan a five year old and make them dance around in outfits and make your average stripper would be embarrassed to wear, but so much as glance at a kid, and off to jail for you!
Posted 6 years ago Report
Link Quote Reply

Looking at you TLC and potty-mouthed princesses.

Cheerilee's Waifu
@Exhumed Legume
yeah my grandmother still has pictures of me taking a bath when I was a baby/toddler. It was just a harmless recording of time for them. A felony today.

Imagining my grand-parents accused of a crime due to them is sickening. But not an impossibility anymore. :/

Cheerilee's Waifu
@DrCoolcabbage
Hard to pin-point the exact reasons but this whole special snowflake mentality we have these days certainly has something to do with it.

The media doesn't help with its constant pushing of horrible news and manipulation.

And, sadly, men are kind of mistreated today. When you are male people automatically assume you are doing something vile.