Derpibooru Community Collab is back! Join our annual collaborative mega-picture featuring your characters. Learn more here.
135 168 155 13 27
Subscribe
Galleries
Featured in
Sign in to create a gallery
Related
View VS Download DS
Uploaded 7 years ago by Mad'N Evil
2066x1845 JPG 593 kB
This image is blocked by your current filter - click here to display it anyway

It should be noted, I’m just doing this - Its not a commission. But I do commissions, and something like this would be about 8 dollars per sequence.

And with that blatant advertising, I’m off to sleep. Two a.m. is a good time to go to sleep.

Whether or not she explodes, like InvaderSplooge said, if it’s not your thing then you don’t have to watch.

Although, it should be noted that just because a character pops, doesn’t mean that they die. For example, take Violet from the English Play version of Willy Wonka - She popped, but she survived.

Regardless - Like I said, I already have this particular sequence completed, sketch wise, just need to clean it up. I’m just not going to spoil it though.

@Mad’N Evil
Sounds good to me.
And I suppose if there is gore, I can just ignore the last page of the sequence and pretend it stops there.

i try and pretend too with vore sequences etc but it doesn’t work because you know they’re dead. pretending does nothing and pretty much ruins the entire sequence for me

And people might say “just filter popping off tags or something” but if i do that then i won’t be able to tell whether or not the sequence actually did end in fatality or artist is lazy recently. and caring this much about some stupid fetish is dumb, yeah, i know. but there’s something mentally scarring about popping sequences for me, and i’ve even gone so far as to avoid certain artists if i know they ‘ve ever drawn a death or gore in some way. i’m used to gore in video games becayse it’s just there, but when my fetish need kicks in, i don’t want to have to look at an image of pony placentas being ejected all over the place.

it’s just like, she dies. and you find that sexy? the hell? i understand how some fetishes can be associated with certain feelings, but the hell? actively ENJOYING watching a character VIOLENTLY EXPLODE AND DIE is your thing? i don’t understand it at all and if anything it actually makes me genuinely angry to have what started out as a really good sequence possibly tainted with the idea of a fatality


this is not unf 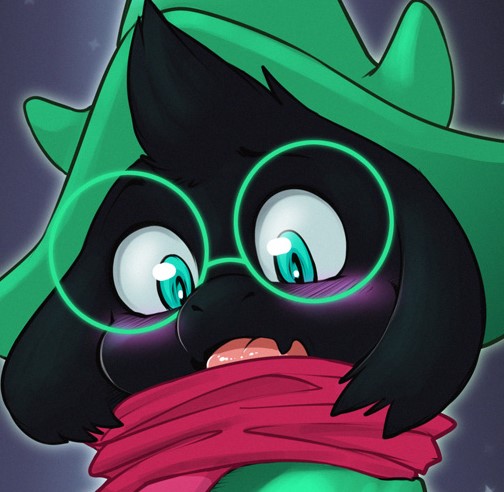 Fluffy boys bring joys!
@Zincy
Eh, to each his own.
It’s funny, because I have a LOT of strange fetishes. But my kink train stops once blood is shed.

I won’t try to stop Mad’N Evil from popping poor Twi, though. I mean, his name IS “Mad’N Evil”!

Oh come on, it’s not real fun till you have to dodge an errant spleen.

Fluffy boys bring joys!
@Mad’N Evil
Sounds good to me.
And I suppose if there is gore, I can just ignore the last page of the sequence and pretend it stops there.

Mainly because the closest organ I can draw is the heart, and its the cartoonish heart.

That’s what I was going for! Kinda, lol.

This is starting to remind me of the 90’s Nutty Professor movie.
Posted 7 years ago Report
Link Quote Reply
Mad'N Evil
@Zincy
Yeah, I agree.

After all, explosions fix everything.

Well, We’ll get a little bit of that here, but if you want some popping or something like that, just try to get enough people to put that in the comments in part six, and we’ll do so.

Never know. I am planning on making this a series, since I’m planning on having Twilight use that little concoction on the other members of the Mane six… And I plan on letting you guys choose what happens to the next one. I’ll be mentioning that on the last part of this particular sequence.

wanted: hearing
@Zincy
>Everything
WHAT FUN!

Everything. Preferably with viscera, but that’s so rarely the case.

wanted: hearing
@Zincy
Clothing?
What I meant.
Body?
This should be fun.