I have taught you well 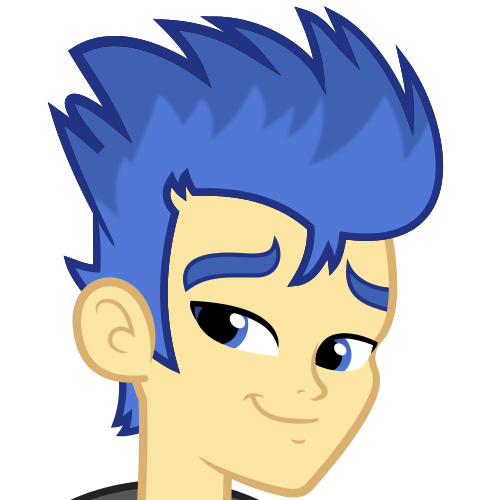 Not...even...once...
I approve of this ship!!
Posted 6 years ago Report
Link Quote Reply
Derplicious
UAghhhh! Right in DA FEEELLLSSSS!!!
I actually HEARD something broke inside of me.
This is too precious.

Posted 6 years ago Report
Link Quote Reply
Background Pony #34E2
@Background Pony #E1CB
> is a good king (which I doubt by how his kingdom sucks)
His kingdom is terrorised by two goddeses, each one more powerful than him. Possibly corrypt M6 as well, although still need proof that they actually exist. Sombra is at terrible disadvantage considering that EQ3 is a bad mirror and original had lot more good characters then bad ones — he is heavily outgunned from the start, and his main power is defensive, so he cannot buck back. At least not hard enough to matter — which is exactly, I suppose, why Celestia sent M6 with elements to him (big guns!). Kingdom still stands and maintains order among citizens (doesn't look like there's famine or something), so I'd call it a win.
>has a massive boner for Celestia
If anything, Celestia was who showed affection first (she stared at him like an idiot) but I guess after a while it became evident that the feeling is mutual. Can't blame her for falling — good romantic partners are few and far between. Especially ones that qualify for her league. Especially ones that won't die in a century or so. Might have been her first romance for quite some time (centuries? millenias?) which explains the impossible infatuation.
I'm a sucker for star-crossed love, I have to admit. Ah, what the buck. I like that comic and I like this arc. Wrapping up in one remaining issue will be hard, though, so copious amounts of Deus ex Machina are expected.

God, what a waste of potential. "Say, let's flesh out Celestia's backstory like people have been screaming for forever!" "How should we do that?" "Let's give her a REALLY FUCKING UNINTERESTING LOVE INTEREST" "Nice….but we're missing something. There must be a way to make sure we piss off the entire" "And it's Sombra!" "…." "And he's a good guy!" "….continue." "And it's not even the same Sombra! And we'll have them re-enact Tanabata except stupider!" "….and…" "And we'll make it Celestia's defining character moment!" "BRILLIANT!"

SMOLDASH
Well, they do have to go into the mirror to visit each other.

Go. Inside. The mirror.

Celestia's saying "I'll be your mirror."

if you know what I mean.jpg Yet still not as insane as the charlatans who think it's high art with skillful storyweaving! @MLP-Silver-Quill If the comics are meant to be aimed at older audiences, then why do they feel like they're fanfics written by six year olds?
Posted 6 years ago Report
Link Quote Reply
RandomBlank

…and now there's just one scene waiting to happen. Twilight has serious trouble fighting the corrupt princesses. Then Celestia and Luna, back in Equestria begin exchanging sucker-punches between each other, totally incapacitating the corrupt ones as their blows reflect on them.
Posted 6 years ago Report
Link Quote Reply
RandomBlank

The Sombra of true Equestria was long dead when they fought him.

The original King Sombra messed with dark magic, and its corruption gradually consumed him. "Crysssstallls" "Ssssslaves…" "Braaaains" — he's a goddamned zombie animated by mindless dark power; he has no conscious mind, only ravenous drive to consume and corrupt, original Sombra is dead and what is left is just a parasitic construct of magic, smoke and Sombra's corpse.

That process was slow and gradual, so Prince Sombra, while weakened and sick from it, could heal at his natural pace and survive Sombra's original death. Now when the Crystal Heart blew what remained of Sombra apart, it had hardly any influence on the alternate reality prince.

The Anti-Normies
@IceKitsune
plus is damn sure they will use the equestria crap universe Twilight this time, the director commented that they are trying to separate the two universes.
Posted 6 years ago Report
Link Quote Reply

@RIG
"Vaporized" would mean there was nothing left of his body, though we clearly saw his horn flying off.

So there's the option to bring him back if the writers wish it. Shadow body and all.

Though that does raise the question: what did Good Sombra feel on the day his counterpart got forcibly relocated? Minor indigestion?

@IceKitsune
The mirror in this comic is a prototype for the EQG movies, so they could actually break it if they wished. That might be good too, leaving evil Luna and Celestia trapped in limbo.

The Anti-Normies
@IceKitsune
*FACEPALM*
since the first issue of this arc it was explained that THIS IS A COMPLETELY DIFFERENT MIRROR! is a prototype that predates the equestria crap one.

The Anti-Normies
@MLP-Silver-Quill
prime sombra was vaporized, your move now, batman.
They have to wrap up this arc in way it cannot create conflicts with the show in the future, the last issue summary says that someone will have to make a sacrifice to save the day, there is no way in hell they will sacrifice a character that appears in the show, that only leaves good sombra.
Of course, they can also end it with them breaking the mirror to keep both worlds safe, but that would be boring.

@RIG
I'll borrow a line from Batman: "Never believe it until you've seen a body. And even then…"

However, I'm not sure that they'd kill a protagonist. This comic does a fine job of dancing the dark line (i.e. Chrysalis and cutesy animals), yet I think killing the good Sombra would go too far into dark territory.

The Anti-Normies
@MLP-Silver-Quill
they flat-out killed prime sombra and was not even in the comic.
Posted 6 years ago Report
Link Quote Reply

@RIG
This comic may be aimed at an older audience, yet I doubt they'd flat-out kill him.

Sacrificing himself and being sealed alongside the villains with the hope of being freed someday? Very possible.