ᗡ: 📶 📡
@OneSpooky
Knowing his luck, the train would also be a pony XD
Posted 5 months ago Report
Link Quote Reply

Give Starlight a hug!
@Badumsquish
I thought you were going to say she would eat me. XD
Posted 6 months ago Report
Link Quote Reply

@Badumsquish
I thank you for the explaination about this Spider it was most informative. I still believe Losty would fit into a role involving this spider really well.
Posted 6 months ago Report
Link Quote Reply

Fresh pony memes
@Badumsquish
Oh. I thought the Spooder scared Twilight a little too much, if ya know what I mean. :P
Posted 6 months ago Report
Edited 6 months ago
Link Quote Reply

ᗡ: 📶 📡
@Setsugekka
@dzamie
@Bluebolt21
@Dirty Bit
She’s largely neutral. She’d definitely eff up someone who attacked her, and venom is deadly, and even a dry bite from her would probably kill, but she really doesn’t want to. She’s fierce and has a foul mouth, but not evil. It’d actually take a lot to make her resort to using her fangs though. Like, if Dashie pulls this stunt again she’d probably leave her webbed up in a porta-potty, or dangle her from a tree and spank her butt or something XD

I actually did everything I could to give her as fierce of an appearance as possible, while implying that she’s actually pretty civil. Glasses to imply she has at least a practical relationship with society, and Dashie looking pissed off that she’s been tied up, carted through town, and called a “pet” rather than being scared or beaten up, how she brought Dashie to Twilight’s house like an angry neighbor returning an animal or a kid that wrecked up their yard, and of course that Dashie did, in fact, do her wrong (albeit accidentally) XD
@Background Pony #D179
It’s not the “spider” part she’s scared of, so much as the “10 times her size with fangs the length of her horn” part XD
@Glimenade
It’s the front-door of Twiggles’ house. It was just a weird angle because of the size and placement of the spooder :P
@Power-Up&Sky-Blue
She has a somewhat poor at best understanding of pony hierarchy. As far as she knows power = authority and the weaker ones are basically the property of the stronger ones XD
@Clever Clovers
Spooder: Wow, your owner sucks.
Dashie: She’s NOT my owner! But yeah, she does. Sometimes. :P

@isrrael120
She can make up for it by keeping her goddamned pets out of the spooder’s goddamned webs XD
@Wayneponeth
@Background Pony #909F
Just don’t stick around for dinner. Unless you want homemade animal soup fresh from the husk. You don’t have to make excuses either, she knows her way of eating is disgusting by other creature standards but she still feels obligated to offer a meal if you visit her parlor XD

@Background Pony #D16E
The males are much smaller. And much quieter :P
@Clever Clovers
@Bluebolt21
@BoomingBoomer
I mostly went with red and black because I wanted to use black widow colors, but she’s not actually based on a real spider. If anything I think I based her on the Black Tiger from Resident Evil :D 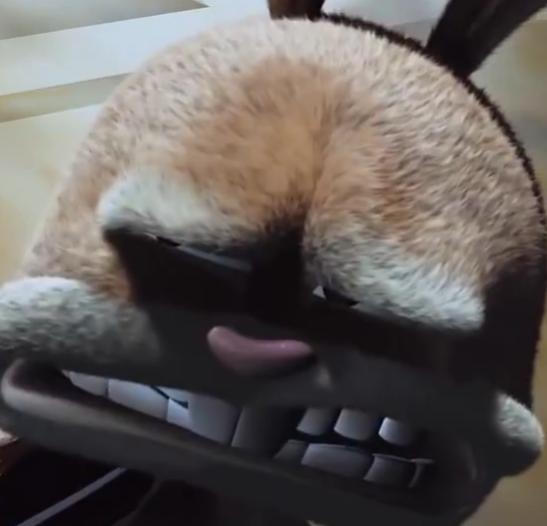