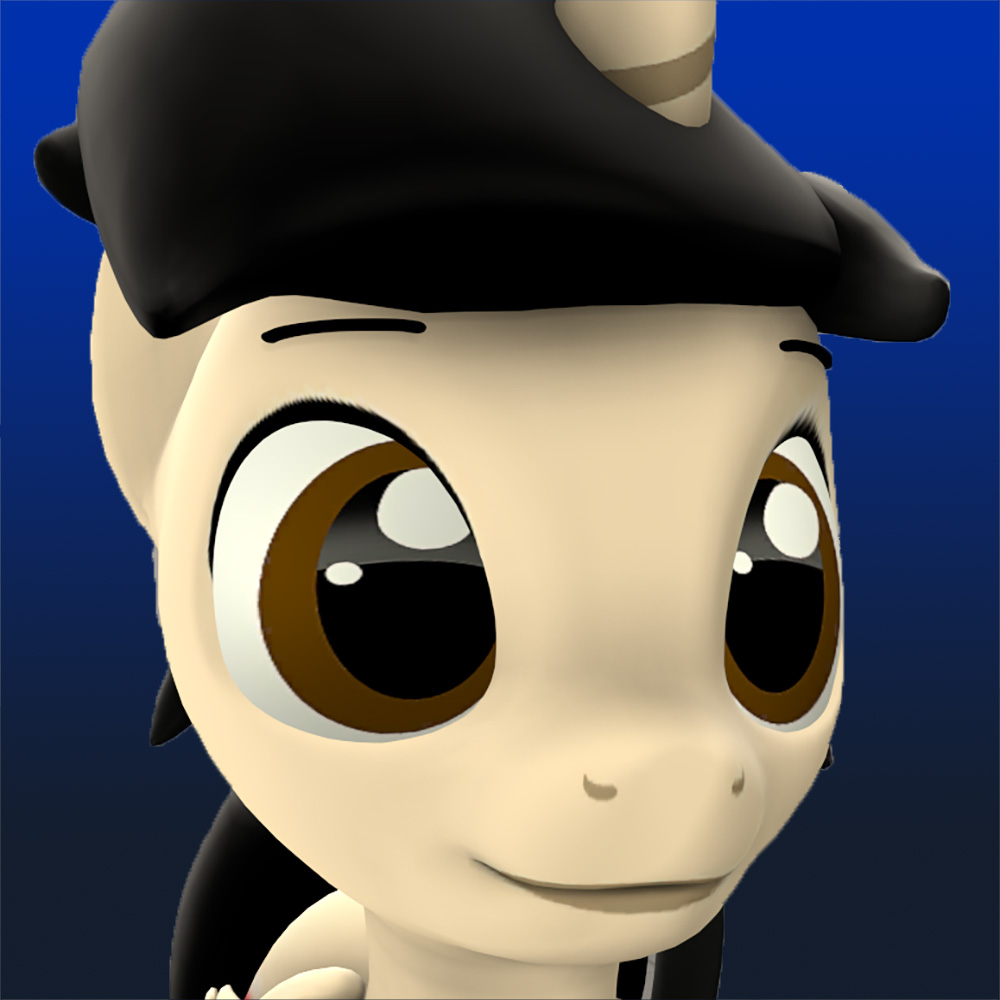 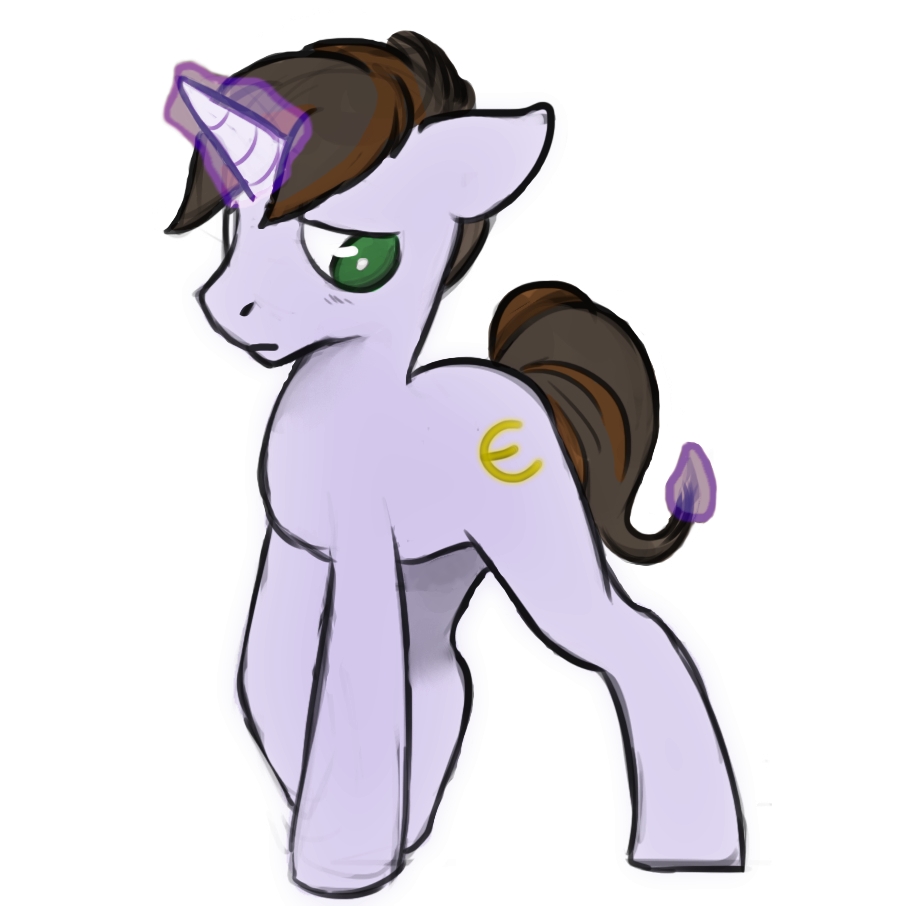 @Enmity1498
Not my drawings, in the end, although I’ve learned from countless many resources like this. You can see what I’ve actually made on my profile.

I think MLP does a good job with the anatomy in that they have (mostly) consistent rules for how their bodies move and emote, even if those rules don’t fully align with those of actual horses.

Sunny Starscout fan
@Paracompact
Only thing I will say is I tend to prefer less canonical human legs, but then again part of the reason for that is me being a slight furry (in that I really like anthro characters, including anthro versions of MLP characters).
Love those sketches, by the way. That is better than anything I could ever draw (and I have made attempts to draw in the past-safe to say, it sometimes looks fine, other times makes me want to give up).
Also, I think a true anatomist would not like the designs of MLP either way, as MLP characters aren’t exactly designed to accurately resemble real life animals (then again, there isn’t a real life equivalent to certain MLP species like griffins and hippogriffs that came from mythology). I think the artists wanted to keep the basic anatomy of the characters consistent with that of four legged creatures, while giving them the flexibility to do things that ordinary horses could never do (like stand on two legs or hold up one of their front hooves, for instance).
Edit: I also think they wanted to make the characters look more appealing and emote better as well. After all, real life horses can’t emote. However, the characters in MLP can emote. That helps children relate to them better.

Umbreon is best Pokemon!
@Enmity1498
Hey, thanks. I’m always afraid I may accidentally offend people with my comments so I try to be as civil as possible. I actually like those movies too. I never really care for the difference. Horror, thriller or whatever, as long as there’s scary or mysterious stuff in it I would watch them all! Of course I also like action, comedy, and sci-fi movies but that’s off-topic.
It’s definitely better someone more knowledgeable than me explains this. I can’t even draw! I also like animal anatomy better though. It’s just cuter when they’re more animal like than human to me. But of course if it is the artist’s choice to draw more anthro like who am I to stop them, right? :P

@Enmity1498
I’ve done some (not very good) art. More book-learned than actually skilled at it, by this point.

The “back-bend” of her legs here, I would just interpret as human legs bending at the knee/kneeling. Horses—and pretty much any other quadrupeds—have all the “same” joints as humans with the same bending directions, they’re just located in different spots with different proportions (see picture below). With such vast differences in the locations it might seem an arbitrary matter of perspective, but these are actually evolutionarily analogous structures. A veterinarian or anatomist would refer to them with different names just for precision, but they do really have knees, ankles, shoulders, elbows, and toes and fingers (although they’re all fused into a single hoof, there’s still a small degree of flexibility in the joint, one which the show uses pretty often). 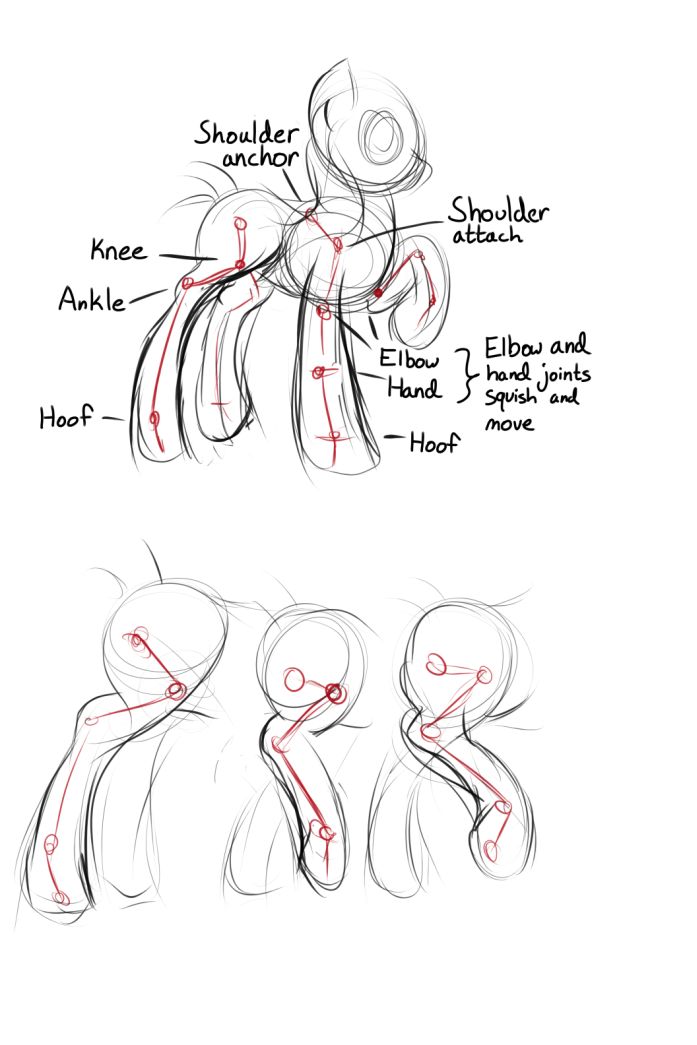 Again, there’s nothing wrong about the artist’s choice of anatomy here, if they were going for (semi-)anthro. They seem to have a great deal more experience than me so I imagine it was entirely their intention. Personally I’ve always liked more canonical ungulate (or in this case leonine) anatomy, though.

Sunny Starscout fan
@Wayneponeth
Oh, okay then. I guess I just find you quite inspiring with how much you know. Then again, that may also relate to my own lack of knowledge of certain subject matter. I am sorry if it sounded like I was accusing you of anything, because in all actuality I really like talking to you and I think you’re an amazing person in this little community here.
Personally, I don’t like horror movies at all, as I mentioned in my previous comment on that Fluttershy post that you’re referring to (the one that directly referenced a horror film that I never watched). And I don’t own a cat, either. However, I do own a dog, and there’s many other genres of movies that I do enjoy watching (especially mystery and thriller movies, with the latter being slightly related to horror movies). And while I know nothing about anatomy, I do really like Gabby as a character and I still do think that this is a really well drawn image. Perhaps the artist intended to have the character be semi anthro so that they could have her posing in a way that wouldn’t be accurate if she were using her show design (which in turn is loosely based on griffins from Greek mythology). If that was the case, then I would definitely say the artist was successful in bringing about the level of emotion in the two characters that they wanted. I can truly feel the love in this scene.

Sunny Starscout fan
@Paracompact
I take it you’re either an artist or someone who is experienced with animal anatomy like a veterinarian? That could explain your complex terminology that I can’t wrap around my head. I will just take a wold guess that what you mean is ‘I know nothing about anatomy and I shouldn’t have defended the artist for having the right anatomy when they clearly did not nor should have I questioned the mod for putting on that tag’. Whatever you may mean, I do agree with you on that the ‘semi-anthro’ tag is more fitting, though I think this would qualify as digitigrade anthro due to Gabby’s leg having the ‘back-bend’ of four legged creatures rather than straight legs like what you find on us humans.
Posted 1 years ago Report
Link Quote Reply

@Enmity1498
The legs are absolutely anatomically “incorrect”; this is classic bipedal anthro legs, as opposed to quadrupedal haunches. You can tell principally by the shape of the thighs, and the thigh:shin:below-ankle proportions. In particular, the shin:below-ankle is at like a 1:3 ratio in that picture of Gabby below, and here, like 2:1. Additionally, the pelvis/groin is distinctly anthro.

Not that there’s anything wrong with any of that. It’s all a choice of style anyway (although artists who do it unknowingly would do well to learn the difference), and if anything I think maybe the names for these tags were poorly chosen.

EDIT: On inspection of the tag descriptions, I think “incorrect anatomy” is actually the wrong tag to use. I’ll just change it to semi-anthro and let anyone else (e.g. a mod) change it back if they think so.

Umbreon is best Pokemon!
@Enmity1498
I don’t claim to know everything. I just happen to own a cat and really like horror movies. I don’t even know actual anatomy. I just say what I think and the way Gabby’s legs bend does look weird to me. Anyway Gabby’s legs actually look pretty accurate in the show and if they fold they’ll look like this:

I think one of the reasons cats (and horses to an extend) can’t kneel is because their ankles are in an awkward position. Their ankles are further away from their feet than human’s and so their knees have to be further up. If they actually try to kneel, they wouldn’t know where to put everything below their ankles. Again I don’t know actual anatomy and make no claim that everything I’m saying is right and I’m not criticizing the artist or anything. I just want to participate in conversations and share what I think that’s all.

Sunny Starscout fan
@Wayneponeth
You really know everything, don’t you? You seem to be a guru on all things poni around here (or griffin, in this case)
Then again, I don’t own any actual cats, so I wouldn’t know much about cat anatomy. All I know is that Gabby’s legs do look pretty accurate to her show appearance, and I don’t think the show creators wanted their characters to look like actual animals or have animal anatomy.

I miss the show so much
@Wayneponeth

We need more images of sea ponies on land.

Indeed we do. We also need images of hippogriffs swimming without turning into seaponies, like in >>2407391 (suggestive). Because it looks cute and kinda weird (they’re in aquatic environment without turning into creatures that can take full advantage of it).
Posted 1 years ago Report
Link Quote Reply

Umbreon is best Pokemon!
We need more images of sea ponies on land. Sometimes I like them as fish more.

@cdpaliden
@Enmity1498
A cat’s legs don’t work like that. Their “knees” are actually close the their thigh. If we want gabby to kneel it shouldn’t look like that. 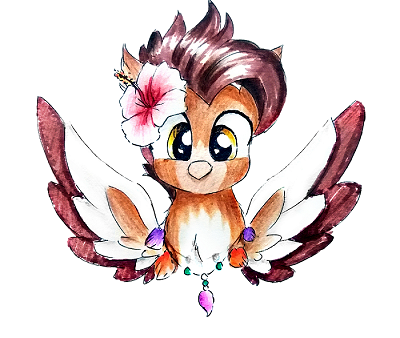 Sunny Starscout fan
@cdpaliden
I went ahead and asked the moderator that added that specific tag why it was placed there. If they respond to me, then I will post their response here in this conversation thread. Hopefully this helps to clear things up.
Posted 1 years ago Report
Link Quote Reply

Sunny Starscout fan
@cdpaliden
I didn’t notice that tag at all until you brought it up, and now I am confused. Why is that tag there? I don’t see anything different with Gabby’s leg design here versus how it appears in the show. It isn’t like it is designed to resemble a human leg or anything.
Posted 1 years ago Report
Link Quote Reply 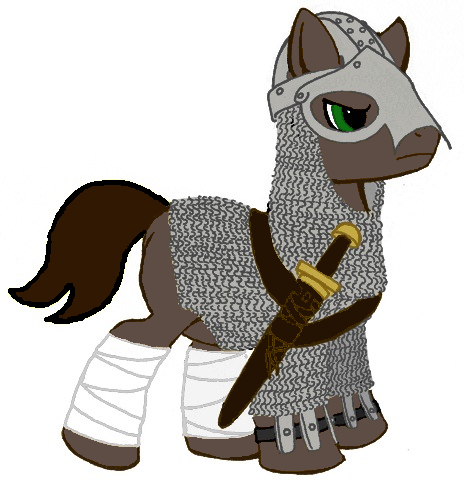 cdpaliden
Someone care to tell me what’s incorrect about her leg? I’m not seeing it.
Posted 1 years ago Report
Link Quote Reply

Sunny Starscout fan
Aww, this is so adorable! I love this so much!
Then again, I tend to love most things with Gabby in it :P
Posted 1 years ago Report
Link Quote Reply