It was a clear, sunny day in the Dragon Lands and a mail pegasus traversing the mountainous island nation was questioning his life choices. Not that he had been pursued by any of the dragons. He had just been flying for a painfully long time in pursuit of delivering a letter to one "Garble". Finally, he saw the rock formation that was described in his delivery instructions and he made his descent.

Caldera was dusting Garble's cave to kill some time; the part of it she could access anyway. It had so many nooks and passages she couldn't even fit her nose into. She had hoped to surprise her son with a visit. She knew there was a chance that he wouldn't be home, but she wasn't about to make the trip back yet. She heard a peculiar but familiar sound coming from the entrance of the cave. It was the sound of hooves touching stone.

"A letter for G-G-G-Garb-b-b…" the poor mail pony stuttered, not expecting to be greeted by a full-sized adult dragon.

"Garble? That's my son," Caldera stated before snatching the envelope from the terrified equine. His objective completed, the mail pony disappeared so fast that he left a dust cloud in his own image in his wake. Caldera meanwhile, being the nosy dragon she is, knew she had to find her son now. She could not wait to learn what this was about.


Many miles away, at the flight range, Dragon Lord Ember had assembled a team of teenagers to help her with her aerial combat training. Among these dragons was Garble, whose mind was roaming everywhere except present. Ember was getting quite impatient with his distracted behavior and would have chewed him out, if it wasn't for his mother showing up right that second.

"Hey, Dragon Lord Ember, can I borrow him for a second?" Caldera inquired impatiently, pointing at Garble, not really asking for permission.

"Go ahead, it's not like he's helpful!" Ember replied.

Not even acknowledging the Dragon Lord after this, Caldera scooped her son up and took him to a secluded area. After making sure no other dragon was within earshot, she released Garble and held up the letter.

"What is this?" Caldera demanded.

"I don't know," said Garble nervously, thinking he was in trouble.

"No, seriously, what is this? These letters are so small I can't even read who it's from," Caldera continued while Garble flew up to collect the letter she was pinching between her massive claws, "some pony delivered it. He said it was for you. Is it from Smolder?" Caldera sounded hopeful and just a little desperate when she mentioned her daughter's name.

Garble read the letter silently, much to his mother's annoyance. As he was reading it, a smile began to form on his face.

"This has got to be good if it's got you smiling like that. Are you gonna tell me about it?" Caldera asked.

Garble's smile faltered, confusing Caldera. She gave her son a moment to explain his reaction, with a look of concerned curiosity on her face.

"I got accepted into art school," Garble finally uttered.

"Manehattan," Garble started, making sure his mother didn't lose her cool before continuing, looking down, "I entered their poetry contest and won a scholarship. Not that tuition's that high. I was just happy to have something to compete in that had to do with my passion. But now I have this opportunity and…"

Garble stopped when he saw Caldera's shadow starting cast over him. He clenched his eyes shut and braced for a tirade. To his surprise, it never came. He opened his eyes to face his mother and was taken aback by what he saw. He was expecting a look of disappointment at the very least. What he saw a mixture of sorrow and acceptance instead. While her lips were curled into a weak smile, her eyes spelled mostly pain.

"So you're leaving too?" She asked.

That question stung Garble like a slap to the face. But before he could answer, Caldera assured him, "it's okay. I just want to know for how long."

"You're not mad?" Garble asked incredulously.

"You're following your passion, as a dragon should. How could I be mad about that?" Caldera said somewhat defeated, then asked, "okay, so how long am I grounding you for?"

"Huh!?" Garble let out in disbelief.

"You need a cover, don't you? Or do you want the other dragons to know where you really went?" Caldera explained. She smirked, this time more genuinely.

"Four years, it is! Whatever you did must have been pretty bad! I hope you're not fetching any crater cred for being such a delinquent!" Caldera exclaimed with a wink.

Garble beamed. He had no idea what had come over his mother, but he wasn't complaining.

@QueenCold
Hopefully Garble doesn't get into too much trouble. Just enough to make for entertaining art and stories.
Posted 2 months ago Report
Link Quote Reply

@Ardashir
Garble's going to face many challenges. Manehattan is noisy and bright, with lots of things to pay attention to at the same time. School is the same way. The rigid structure and long hours, combined with the abundance of stimulants and lack of physical activity, makes for a stressful environment for creatures like dragons, who are both energetic and are used to doing things on their own time in a relatively quiet environment.

Smolder already had stress issues adjusting to the non-EEA school located on the outskirts of Ponyville. Garble is in for a rude awakening.

@QueenCold
Thanks for the setting information.

I should have emphasized that I meant Garble and his pals wanted a higher (college) education that probably wasn't available in the Dragonlands.

@Ardashir
Dragons aren't without education, they just don't have a school system in the same way Equestria does. Dragons have homeschooling, information archives, traveling educators and masters who can be sought out. Most masters can be pursuaded to take on apprentices. Even the surly ones usually cannot resist flattery.
There are mainstream art forms that dragons can learn from other dragons. Poetry is not one of them.

Now watch Garble find out that all his buddies are getting 'grounded' for long periods of time too, with everyone pretending they're not really going to puny Pony-land to get educated.
Posted 2 months ago Report
Link Quote Reply 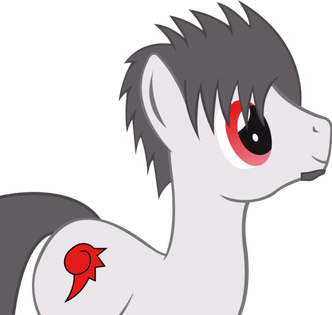