Pony with care! Remember to tag images from or revealing story of the G5 movie with spoiler:my little pony: a new generation, and report any images of camrips/leaks for Rule 1!
26 43 43 0 1
Subscribe
Galleries
Featured in
Sign in to create a gallery
Related
View VS Download DS
Uploaded 7 months ago by Background Pony #1AF1
800x600 PNG 170 kB
This image is blocked by your current filter - click here to display it anyway

I assume that the seeds of doubt have started germinating among the Pallies, hence their infighting with the Champions. I'd say it's the best time to join the fray and make a decisive effort to overthrow the King! Having Solar Flare on our side will certainly help tremendously, too. If nothing is done, the King will just crush whatever resistance there is, and our present pals are certainly next on the list.

You tell the unicorns that while Novelty was the first to link the nightcrawlers to Empyrius, you speculate that the paladins might be catching on as well. You suggest joining them in their efforts against the tyrant.

Smoke: "Another fight? Count me in!"

Apple Basket: "Uh, I dunno, y'all. Should we be gettin' involved in all that?"

You concede to Apple Basket that you do not have much to offer the Order of Dawn all by yourselves. However, you know someone who does.

You use Solar Flare's Sigil.

You place Solar Flare's sigil down on the floor, underneath a large window to the yellowing cloudy sky. Sparkles of light begin to circle the stone, a portal slowly forming around it. Then, a shimmering golden knight rises from beneath its surface, before solidifying into a familiar armour-clad figure.

Solar Flare: "I, Solar Flare of Canterlot, have answered your summon! Now, what would you ask of me, my jolly companions?"

Before the unicorn's wide eyes and dropped jaws, you greet Solar Flare, and take a moment to explain the current situation to him…

Solar Flare: "Hmm. These are dire times indeed. And his own order has turned against him, you say? Well then, let us not leave them unaided!"

After properly readying yourselves to leave the Undercity once more, you bid farewell to the two mares, and take the exit to the old waterworks.

Florette: "Please be safe out there!"

You promise Florette that you will, and remembering her directions, you confidently lead your party through the maze of stone tunnels ahead. You climb upward ramp after ramp as the air gets colder and colder, until you finally reach the metal gate to Elysia's Water district.

Once outside, you find the city roads completely deserted, every door barred, and every curtain shut. Frigid winds blow powdery snow across the empty cobblestone streets as you hurry southwest to the towering Cathedral of Dawn. There, the first signs of life come into sight; a dozen small groups of knights, each stationed in front of an entrance.

Guarding the main door, you recognize a large blue stallion, who you decide to approach. Despite your new appearance, he seems to recognize you just as well.

Auric Bastion: "You there! Get to safe—! Wait, outlanders? I do not know what brings you here, but full glad am I for your presence. Pray tell, who is this knight?"

Solar Flare: "Hail, fellow warrior of the sun! I am Solar Flare of Canterlot, and I have come to lend you my horn in this battle against the encroaching darkness. How may we be of service this day?"

Auric Bastion hesitates at the name for an instant, then nods.

Auric Bastion: "In light of all that has happened, I will choose to believe that you are who you claim to be. Time is not on our side, however, so I will make this brief.

After Cleric Clear Fountain described to us the phenomenon she bore witness to a few nights past, I commanded my knights to keep an eye out for similar occurrences, so that we may learn more about them.

This morning, I received word from Serpent's Bite that an unknown party had been slaying nightcrawlers within their region overnight. Bearing identical timestamps, reports from the Observatorium confirmed that the essence of these fallen monsters had made its way into the High Throne's spire.

Then, within the hour, we received word from Elysia that the selfsame nightcrawler slayers were to be outcast on account of sorcery. Suspicious of whence these orders came from, I called upon my knights to reconvene here, so that we may track them back to their source.

As suspected, we were led to the Champions of the Crown, who were less than cooperative in our investigation, and forcefully removed everyone from the Cathedral. Until our reinforcements arrive, this is where we now stand."

Solar Flare: "So it has come to this. The shade cowers within his walls, praying for the radiant sun to grant him a mercy. As you say, time is not our ally; once the sun sets, so does the power of light with it!

How unfortunate that while this nullifying barrier surrounds him, Empyrius has little to fear. Corrupted as he must have become, he may never truly be defeated without the purity of light. Know you how to bring it down?"

Auric Bastion: "Forgive me, but should our suspicions be well-founded, would disabling the antimagic field not be folly? This could put the entire city at great risk!"

Solar Flare: "Make no mistake, my friend; we fight a dangerous battle. Yet allowing him the darkness of night could well make it your last. We must act, and now."

Auric Bastion: "Confound it… Very well. If we must confront the Crown so soon, and with so few, then let us spend what little time we can afford to formulate a plan of attack.

The diamagicite crystal which powers the antimagic field lies deep within the Cathedral's undercroft, and should be under heavy guard. King Empyrius, on the other hoof, sits within the High Throne, which is located atop the highest spire of the Cathedral. 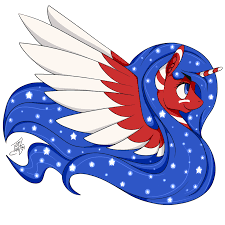 This. Is. Noice.
Posted 6 months ago Report
Link Quote Reply