Oh hi, Markdown. We are migrating the site to use Markdown. This is currently in beta testing phase. Click here to learn more.
Pony with care! Remember to tag images from or revealing story of the G5 movie with spoiler:my little pony: a new generation, and report any images of camrips/leaks for Rule 1!
129 202 198 4 3
Subscribe
Galleries
Featured in
Sign in to create a gallery
Related
View VS Download DS
Uploaded 9 months ago by EmptyPlotFiller

Due to a botched spell by Trixie, trying to find a faster way to transport herself to her next show, seven humans are transported to Equestria instead. A long series of events eventually lead to ponies and humans forming strong, emotional, physical relationships.

The Dragon Lands however, lack any humans.

So, after the humans are introduced to leaders and delegates of neighboring kingdoms, the benefits are painfully clear. Their soft skin, sensual touch… physical stamina… and a slew of other attributes have rapidly made the Equestrian Kingdom safer for the ponies and more dangerous to hostile forces.

After Ember’s attempts to bargain for the human that Fluttershy and Rarity have become romantically attached to fails, she demands to challenge them both in a show of strength for the family rights to their human. 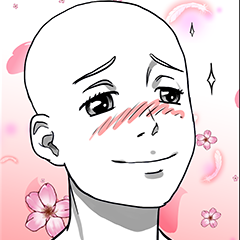 Artist/Author/Filler
@yelling_into_the_void
While that would have been more appropriate, Fluttershy was more concerned with ending the fight than she was working in a pun.

… maybe in the rematch?

yelling_into_the_void
The Hell?
That’s not how you do a dragon suplex.
Posted 9 months ago Report
Link Quote Reply