Happy Birthday, MLP:FiM! MLP:FiM turns 11 years old this year! Let's celebrate with an art event!
170 278 276 2 87
Subscribe
Galleries
Featured in
Sign in to create a gallery
Related
View VS Download DS
Uploaded about a year ago by LiaAqila

87 comments posted
IgnoreMePlz
It’s hard to recall the full details, but I will say this: This was my first introduction to the show back in 2012
Posted 5 months ago Report
Edited 5 months ago
Link Quote Reply 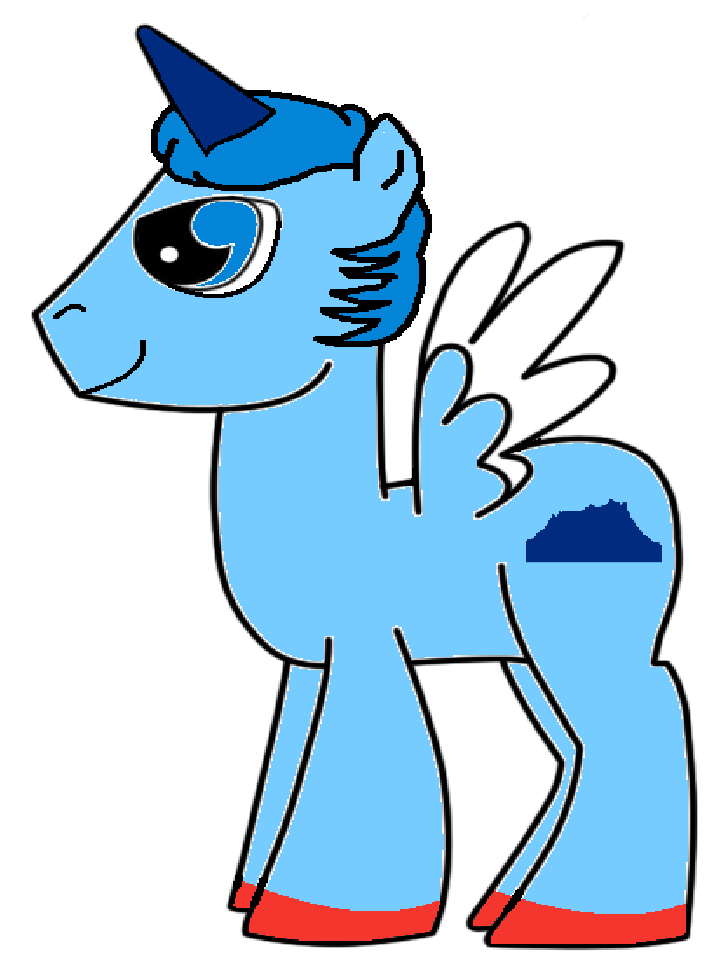 FarhanAzlan64
2004-08: I watch Craig McCracken’s PowerPuff Girls on TV and I also became a fan of Garfield! Little do I know, Craig’s wife, Lauren Faust, would eventually create “My Little Pony: Friendship is Magic” in the new decade of 2010!
2012-14: I noticed a lot of MLP stuff while searching on the Internet!
2015-16: I joined DeviantArt and FanFiction.Net, and started reading both Garfield and MLP stories, while also keeping up with the information about new MLP telemovies!
2017: I joined DeviantArt (for the second time because my first account was short-lived) and I become interested with the upcoming MLP movie, right after seeing more and more MLP stuff there!
2018-now: I saw MLP: The Movie and I enjoyed it so much! Since then, I become a brony and I’m still keeping up with the MLP fandom until now! DaUnidentifiedChangeling
@NewMLPFan
Welcome, fellow brony.
Posted 7 months ago Report
Link Quote Reply
NewMLPFan
The reaction videos that the Bronies React crew put up on YouTube first drew me towards the series. While I didn’t actually start watching the show until it ended (Which I really wish I should have started watching much sooner, honestly) then I got the Equestria Girls films along with the Elements of Harmony book, then I actually caught an episode of the show itself which I decided to continue watching after that. Hopefully the people at Hasbro get off their lazy butts and announce the last two seasons on DVD or a full DVD box set. The comics from IDW are also looking pretty promising too.
Posted 7 months ago Report
Link Quote Reply 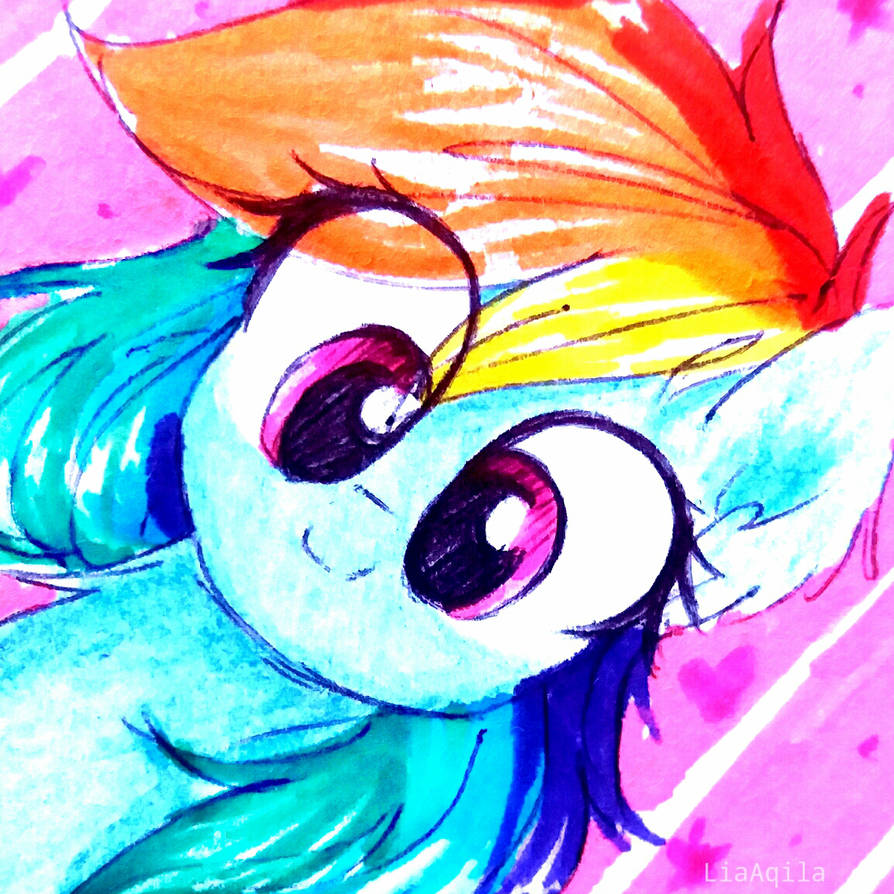 NinjamanHex5
I started watching MLP because I heard the show ended. Turns out I missed out on a lot.
Posted 8 months ago Report
Link Quote Reply

DaUnidentifiedChangeling
I became a brony because one day my brother dared me to watch the show(but I secretly wanted him dare me to do it as an excuse). When I watched the show’s first episode, I decided that it was pretty decent and decided to watch the next episode due to E1 being a cliff hanger. After watching both E1 and E2, I then decided to watch the other episodes and boi it was more funny than I thought and just even spent overnight one time hits to watch. I then decided one day I became a brony, I later told my family an they accepted me for who I am, I’m happy for that. Then I proceeded to watch all the other remaining episodes until the season 9 finally. It’s a good life to be a brony.
Posted 11 months ago Report
Edited 8 months ago
Link Quote Reply
Blackrhinoranger

Here’s my story: The first time I’ve heard about the fourth generation of My Little Pony was from this commercial: http://www.youtube.com/watch?v=LOP3BhQjlzQ

At first, I had a disgust. But it didn’t really bother me that much. One day, I was just rewatching some old Looney Tunes films and clips. I was also researching one of my favorite voice actors, Mel Blanc, the man of a thousand voices and the guy who originally voiced Bugs Bunny, Daffy Duck, Sylvester, Tweety and many more. I was fascinated by the way he makes the hiccups for the characters like for the drunken stork from the “Baby Bottleneck” episode. I also realized he did voice Gideon in Pinocchio until the dialogue was removed except for the hiccups. While I was watching that video of Gideon, on the video related list was some clips from My Little Pony with hiccups. That’s when I first saw Spike, Rainbow Dash and my favorite pony, Pinkie Pie.

In late November 2011, after looking at Edd Gould’s pony image (http://eddsworld.deviantart.com/art/Pony-Edd-254912911 ), I then started researching My Little Pony, and I noticed it was featured on Know Your Meme. I wasn’t too sure how it got so many men into liking it at first. I’m not too sure which was the first brony video I was watching but I think it was the My Little Pony Version of Pinky and the Brain (which is also why I am a late fan of Pinky and the Brain and Animaniacs). Afterwards, I started watching some PMVs, most by Weird Al Yankovic and I also did see some MLP’d trailers like one from Transformers Dark of the Moon.

The next day, I decided to watch the episodes online. Afterwards, I was addicted, I never wanted to stop watching it. And that’s how I started my brony fan career. The first image MLP related I made was this: http://blackrhinoranger.deviantart.com/art/MLP-d-Rhino-268903605

And my first attempt to add MLP into my animations was this: http://blackrhinoranger.deviantart.com/art/Dile-in-300-271738181

That1GuyGAMER18
Hey look. It's me.
Well the story is actually quite simple.

Well it started out sometime around early 2010 whenever I was nine I was obsessed with the TV show transformers prime, which would come on the hub Network and it was pretty cool. One day my sister was watching TV and I said get off the TV it’s my turn to watch transformers, she threw a fit in my mom made me sit down and watch whatever she was watching until she was done, turns out she was watching My Little Pony, I actually ended up liking it so much that I watched it behind everyone’s back up until 2013 when I discovered bronies. And I’ve been one ever since.

Posted about a year ago Report
Edited about a year ago
Link Quote Reply
Background Pony #9B39
Around 2012, at this time I already knew about ponies but didn’t think it could be all that good (and also I took myself way too seriously at that time and was really squeamish with the very idea that i COULD like something like that). For the whole summer I was stuck in a very remote place with very little to do (worked in a summer camp) but it had internet. One uneventful evening I decided to try it out…
Year later I started teaching myself meditation to summon myself a pony marefriend.
Two years later I was sleeping on a couch of a guy who I met in a pony marefriend summoning chat because I emigrated to his country.
I never got far with the imaginary marefriend BTW. Got much better with IRL friendships though (I was a borderline shut-in before I started watching the show).
Oh, and I dropped the show itself around S6. Not because I hated something, just gradually became less interested. Still watch fanart and read fanfiction (some of the pieces that I read, like “Background pony”, have seriously changed things about me).

Gallusposting since 2019
Even though I first knew about FiM on February and July 2011, I openly accepted the fandom three years later to celebrate the Year of the Horse. It was all because FiM back then was like the other memes, such as Youtube Poop and rage comics.

During that interval, I mostly orbited around FiM to look at the Hub’s Facebook pages get swarmed by annoying bronies, and at the Cupcakes fanfic to see how would Pinkie get punished for murdering Dash. That Cupcakes fanfic sometimes made me imagine myself torturing Pinkie Pie, and it in turn led me to create the Ontemazei aliens for my stories.

Much of my time in the fandom has to do with reading fanfics, laughing at fanart, and posting and making art for my friends on a Facebook group, and it was thanks to this group that led me to have a few more friends. I also met their members on Comic Fiestas (a yearly Comic Con in Malaysia) and at one meeting at 2018.

Nowadays, I tend to be less active in the fandom, as I tend to focus more on my own fictional works, which were in turn influenced by FiM. I am mostly here to post MLP fanart and share anything related to MLP that I made to some fans.

Dashabetes!
@Stitch
Oh my …that song bring back memories 😌
Posted about a year ago Report
Link Quote Reply
Background Pony #8D20
okay, my bad, i couldn’t find the right one at first, either. humbly request that my last post be deleted. 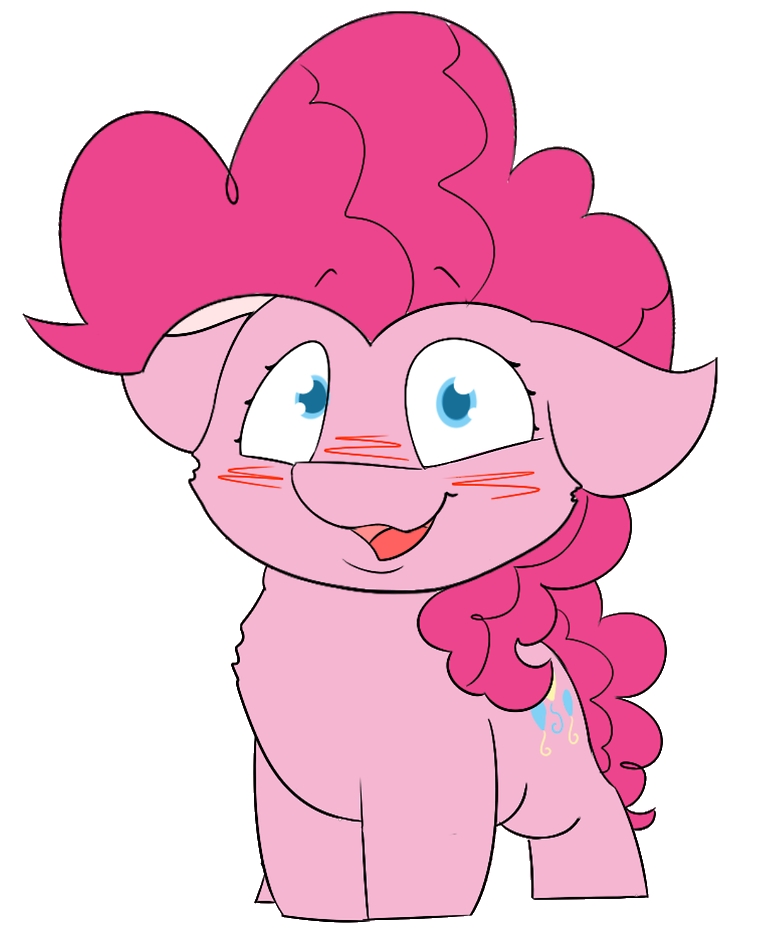 Dashabetes!
@Background Pony #339A
Aww…thank you 🤗
Posted about a year ago Report
Link Quote Reply 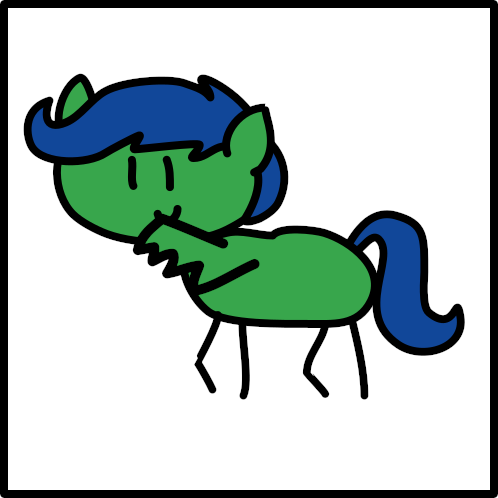 I like ponies
Be careful what you ask for, Rainbow; my story begins when one Seargent Sprinkles decided to post a little thing called Cupcakes…
Posted about a year ago Report
Link Quote Reply

Ignore this dipshit
@Warrior of Virtue
Gott mit uns
As we all stand united
All together Gott mit uns! Warrior of Virtue
@Soulless_76
Then the wi…no. It’s been done to death.
Posted about a year ago Report
Link Quote Reply

Posted about a year ago Report
Link Quote Reply
Hypastpist