Scheduled (Possible) Site Outage Due to maintenance at our hosting provider, Derpibooru may be offline or intermitently unavailable starting at 20:00UTC on July 6th. This maintenance may last up to eight hours.
18 35 -7 42 18
Subscribe
Galleries
Featured in
Register to create a gallery
Related
View VS Download DS
Uploaded about a month ago by Background Pony #C2D6
1210x826 PNG 259 kB
This image is blocked by your current filter - click here to display it anyway

18 comments posted
Background Pony #0EC0
This is sad, but was all but inevitable since The Magical Mystery Cure. We know from Celestia and Luna that Alicorns can live to be at least a millennium old.
But how long will the rest live? A century, if they're lucky; maybe into their hundred-and-twenties or so, in AJ's and Pinkie's cases.
Dragons in most series tend to be rather long-lived, so maybe Twilight will have her #1 assistant for a few hundred years, maybe a millennium or more. But Luna and especially Celestia don't seem to have aged much in the past millennium, so it's quite likely that that isn't that long compared to an Alicorn's natural life span (assuming they aren't immortal or nigh immortal).

Posted 15 days ago Report
Link Quote Reply
nightshroud96
@Mojave
Pretty sure Spike would still be alive and kicking after a 1000 years.
Dragons look like they will live probably for thousands of years according to beings like Torch and how its stated that dragons can end up taking naps lasting for a century or so.

rip mane 6. thanks to habsro for this rather sad yet good end of the series :)


There we go, that's fixed it.

HumanoSiniestro
I Am Machine
Sad reality. Our theories were right.
Posted about a month ago Report
Link Quote Reply

Daneasaur
Eh, not quite fitting. Starlight fit the idea better due to her wicked actions.

Besides, we all know the protagonist to a MLP themed undertale would be Spike, thanks to his ability to be peaceful or vengeful.

This is just what happens when you live to be 1000 and get to watch all your friends die.

Twilight, what did you do?
Posted about a month ago Report
Link Quote Reply 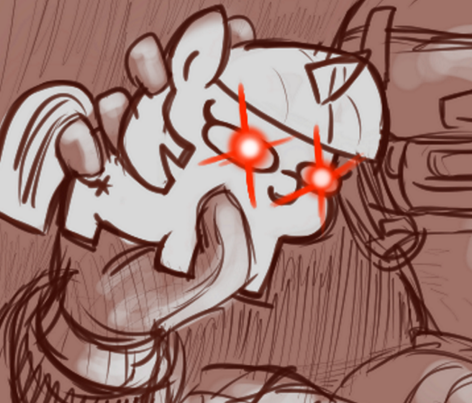