Wow, this lovely pony rly enjoys music, even though her hoof was entangled in the earphone cable. So when she start singing, the earphone was pulled outta her cellphone.
But when she was about to pick up the phone she had fallen to the ground, she noticed that she was in a strange environment. Although she felt a little flustered when she realized that she had been magnified hundreds of times and thrown into another world, she also thought that it might be just a prank her friends played quietly when she didn't notice. She felt a lot calmer when she thought about it. She just needs to wait for her friends to bring her back.
But she's not going to sit here and wait. She's born playful and curious. She's going to explore this tiny world. Believe me, this will be an unforgettable experience shared by her and those tiny creatures around her hooves~

This artwork is actually planned to be finished by the end of March (Macro March, yes——I rly did not take any commissions recently), but the workload is much LARGER than I thought, and it's also the first time for me to draw short comic like this. I am very unskilled, so it also slows down the progress, and the plot connection between two parts may not be very smooth.

What's more, I remember that it was quite early for me to figure out one of the compositions of this picture. Unfortunately, the progress was so slow that other artist produced similar compositions! (well, big hooves are always so attractive) (I didn't plan to let you know the link of that artwork —— if U know wut I mean) So I thought I'd better slow down or I'd be suspected of plagiarism.

Ah, says that, I drew the idea of " watch a city from afar" out a long time ago (maybe when I first know@Ravist). At that time, I felt that it's so damn hard to draw that kinda scene. Even now, that feeling remains unchanged. After all, there are too many details to grasp.

But at least I'm satisfied with the final outcome. Although there are many places in the whole artwork that I try for the first time, it's still probably the most elaborate artwork I've ever drawn. (it's really interesting that you can try to connect the plot of this artork with the one drawn by ravist.)

Lyric in this artwork are from Let's Go(Cody Island Remix) by ItaloBrothers. It is an amazing song.

In fact I commented just some upvotes to this artist

Posted 1 months ago Report
Link Quote Reply
Background Pony #0E31
… That fact that there's a tag for plane vore absolutely astonishes me… If someone's into that, nothin' against that… although certainly not what i expected to find in a search for vore.

That said, this is a well done piece.

i do request and beyond
@Endless Arcines
Uh English? i don't speak what language you are in
Posted 1 months ago Report
Link Quote Reply 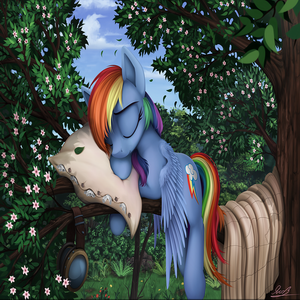 i do request and beyond
@omeggga
i see then

Also it well be neat if she have her own comic book about her life as a giant pony right @MovieSkywalker ?