Emily Brickenbrackle III
@Pizzamovies
If you're not powerful enough to burn the "horrible, oh-so-scary" pineapple off your pizza, then I highly doubt you can burn me! =D
Posted 1 months ago Report
Link Quote Reply

Emily Brickenbrackle III
@Nashrakh
I'll be sure to add them to every pizza you order from now on.
Posted 1 months ago Report
Link Quote Reply 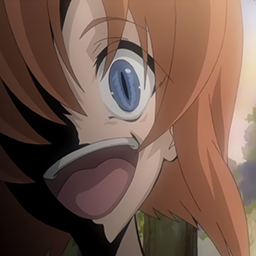 Emily Brickenbrackle III
@dsagent
As with all fallout games, just walking around and seeing the sights was fun, as well as digging up world lore through NPC interactions and holotape recordings. And yeah, some of the DLC was pretty cool (I was legit surprised to see the Hubologists again; been a good while since I've spoken with them x3).

If I had to pick one moment/quest from the game that I enjoyed the most, it would probably be my interactions with Captain Zao and his submarine, the Yangtze. It's a legitimately sad bit of backstory and I was more than happy to help him fix his vessel and send him on his way back home.

That's… the only real one that stood out to me though.

Jokes aside I agree. Fallout 4's main story did not get to me at all. Most decisions were useless. Re spawning enemies took the enjoyment out of exploration. Overall still an ok game. That Island DLC was better for me that the main game.

Emily Brickenbrackle III
@dsagent
I didn't dislike Fallout 4. I still hold 3 and New Vegas above it, what with 4 being more stripped-down, but I still enjoyed playing it.

76 is complete garbage though. I never needed an online Fallout and I still don't.

Speak for yourself m8

Everyone disliked Fall out 4 too.


Nope! I'm not stooping to that level!

Emily Brickenbrackle III
@Background Pony #0AF4
Don't be that way, BP. OP is perfectly within their rights to post whatever they'd like, even if they're wildly incorrect =3 .
Posted 1 months ago Report
Link Quote Reply
Background Pony #EF21
This image is blocked by your current filter - click here to display it anyway

In all fairness, great comeback.

Emily Brickenbrackle III
[A voice from the darkness whispers]