Still, it’s surprising just how many VAs from MLP also did voices for the Dawn of War games.

Well known Celestia’s VA did the Farseer, and the Banshees.

Bit less well known that Snips VA did the Avatar of Khaine.
Steve Magnet’s VA did the Tau commander.

And I believe Cathy Weseluck (Spike’s VA) was also involved in Soulstorm, with ‘additional voices’. Which suggests the Sisters of Battle as they were a new faction then.

AimingToPlease,OftenMiss
Warhammer rules and no Soulstorm game?
(Which I’m currently playing through as Eldar).

Fun pic though, and quite a few little references in there for us eagle eyed connoisseurs of equine art to spot.

“The Big Book of Stallions”
…so that sort of research purposes, I see.

I suspect she also has “The Book of Big Stallions”, but that’s definitely not for research.
Posted 1 years ago Report
Link Quote Reply

Cute wittle skunku
Helps if you’re a gamer, or dork introvert too.

Y’know, “Garfield Kart” actually exists… That game better have lasagna as a power-up, or it automatically sux IMO.

Go fsck yourself
Psychiatrist: “Your recent social distancing concerns me. It might be a warning sign of an impending mood swing.”

Not exactly a joke for most of us apparently.
Posted 1 years ago Report
Link Quote Reply

Moderator
Free the Tantabus
“The Big Book of Stallions”

…so that sort of research purposes, I see. 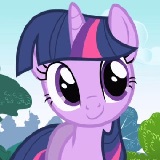 Fuzzbutt
I’m doing alright. it does help to have no friends, but… still would rather have some friends.
Posted 1 years ago Report
Link Quote Reply
Background Pony #B5D1
@Background Pony #DA09
LOL

Moved To Ponybooru
This is everyone on the internet rn. We’re all lonely bastards.
Posted 1 years ago Report
Link Quote Reply