We are rolling out our brand new frontend It is designed with scientifically tried and proven concepts to improve your experience while using the site. Let us know what you think!
24 29 21 8 4
Subscribe
Galleries
Featured in
Register to create a gallery
Related
View VS Download DS
Uploaded 2 months ago by ThomasFan45

During her spring break on the cruise ship Lux Deluxe, the ‘Great and Powerful’ Trixie hosts a nightly stage hypnosis show in one of the ship’s amphitheaters, inviting at least two members of the audience to come up onto the stage and allow themselves to fall under her ‘hypnotic spell’. One such show sees Trixie’s schoolmates, Lyra Heartstrings & Octavia Melody, volunteering to be hypnotized. However, as they seat themselves on the two chairs placed on the stage, Lyra and Octavia openly admit that, due to Trixie’s reputation at school, they don’t believe she can really hypnotize them. However, Trixie manages to prove them wrong by placing both girls in a deep, hypnotized sleep with just a few swings of a pocket watch. With her two volunteers in a trance, Trixie then gets on with the show. Starting with Octavia, Trixie has the grey-skinned musician think that she is a ballerina and tells her to start dancing for the audience when she hears a finger snap. Sure enough, upon hearing the magician snap her fingers, Octavia wakes up and rises from her seat before standing on her tiptoes and performing a beautiful ballet routine for the audience, even managing to pull off a rather graceful pirouette. Once Octavia finishes and is put back to sleep in her seat, Trixie moves on to Lyra and tells the green-skinned girl that when she wakes up, she will be unable to remember her own name. Again, when Lyra is woken up and asked her name, she finds she is unable to recall until Trixie restores her memory. Other highlights of the show include Octavia being made to act like a chicken upon hearing the word ‘feather’, Lyra being made to act like a dog, both girls being made to think that their butts have been glued to their seats, Octavia being made to think her shoe is a phone (resulting in her having a brief conversation while holding one of her sandals to her ear), Lyra being made to belly-dance for the audience, and both girls being made to think they are cheerleaders, resulting in them performing an upbeat cheer routine based around how great Trixie is. At the end of the show, after both girls have been put back to sleep, Trixie brings her volunteers completely out of hypnosis and sends them back to their seats, but tells them that (even when they’re out of their trances), they will remember hypnosis as a wonderful, relaxing experience, they would both be up to being hypnotized by her again if given the chance, and that they were wrong to doubt her abilities as she is amazing at almost everything….

Editor & Rail Fan
@OctaScratchRock
It’s not so much a ‘spell’. It’s more just regular stage hypnosis that they refer to as a spell.
Posted 2 months ago Report
Edited 2 months ago
Link Quote Reply 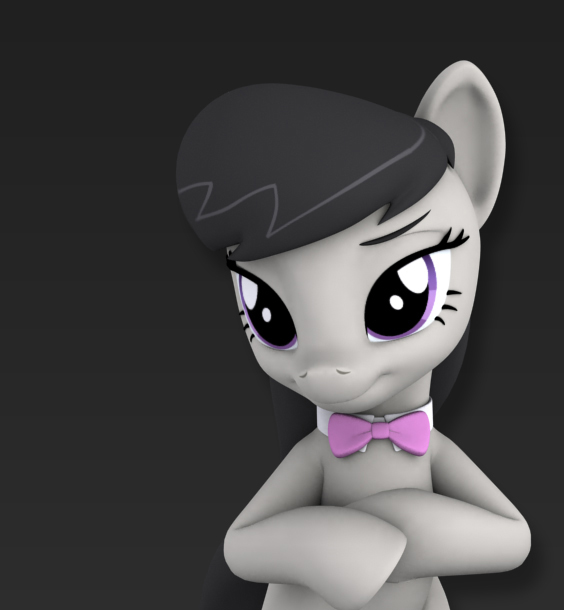 OctaScratchRock
Octavia's Boyfriend
@ThomasFan45
I know they were. But what if something broke the spell…..?
Posted 2 months ago Report
Link Quote Reply

Editor & Rail Fan
@OctaScratchRock
There will be no sequel.

And Lyra & Octavia will have no revenge. If you recall, they were conditioned to adore being hypnotized.

OctaScratchRock
Octavia's Boyfriend
Will there be a sequel to this? Octavia and Lyra deserve to have revenge!
Posted 2 months ago Report
Link Quote Reply