(Art by Dragk
Commission by me, Dust Rock)
—-
What can be said when you have gotten everything you have been looking for? Perhaps that this is either not enough, not quite what you were seeking, or both. This described sensation is exactly what Spike was feeling as he stood up tall looking outside a mildly fancy hotel window, his claw on the glass as he seemed to be looking at something, however it was unclear as to what that was.

“Spike?” Asked a female voice. It was from a dragoness, one by the name of Cynder. She was different from most dragons, especially considering Cynder came from an entirely different world herself and because of who she was, therefore so was Spike. “Oh good, I’m glad you’re still here. I came back from the Canterlot Hospital with the test results and“ however once again “I already knew you two were telling me the truth when I saw you and heard you speak those words to me. I just wanted some time to myself.” Cynder was noticeable upset by this, however she withheld her anger as to attempt to create some kind of connection with her son. “Ig- sigh, Spike I mean, I know, you have every single right to be upset with us, however you must understand we too have been through a lot. We only recently gotten this hotel and meanwhile were staying at a slum until we could convince the Princess to give us a free medical pass to access their most trusted resource hospital. We went out of our way just to make sure we have the most solid proof for you. We are not like that drake Sludge!”

Spike sighed out. He knew what the dragoness was saying could not be doubted any longer. While he laid his claw over his head Spike would look back up while resting his chin on his now cupped fist after moving it down from his head before he turned to Cynder “Would it be ok if you looked out here for a second?” Spike was careful as to not say her name as well as not call Cynder by her proper maternal title of mother. Spike was not sure he could justify either one just yet for this dragoness. Cynder would agree as shown when she walked her way up towards Spike and looked out the window to the area below that he had been starring at before; children with their parents. There was no words needed to explain what this symbolized for Spike. Cynder didn’t have to explain how she felt either on the matter. There was a long silence between both of them as they looked on the happy families by the pool side. Some cried, some laughed, all were together. No matter the emotions. “I won’t say you’re wrong, but you’re also not entirely right either. I'm not a little drake anymore, so I won’t deny the whole 'you guys were trying to protect me' thing, but at the same time you can’t really say that without being a hypocrite.” And with that Cynder would look out the window, this time a bit closer to Spike in terms of just inches away “Right, because you are just like your father. Fighting beasts as a young drake. I am not sure if he ever had the chance to tell you about the magic wielders he fought as a child, the world destroyers as a teenager, and even taught the next generation of heroes at the renowned Skylanders Academy along with me.” Spike was quick to jump in with “And it’s like not only did I do all that growing up too, but my caretaker Twilight fought with me or at the very least trusted me to stay behind and take care of myself while chaos ensued.” Cynder couldn’t help but bring her claw up to laugh a bit and this did not seem to make Spike very amused as he turned to look at her. “Are you seriously laughing right now?” Cynder couldn’t help it “Its just humorous. Your caretaker, Twilight Sparkle did not mention that you spoke with such an educated manner.” Spike rolled his eyes with a blush “I mean, when you live with someone like Twilight and have a Mother like—” then immediate silence.

There was a strange tension in the room right now. Spike closed the windows as he stepped away from Cynder and walked towards the bed as he pushed his claws into it and sighed out exhaustingly out of emotional stress. Cynder wanted to speak, but gave Spike a moment before she did just to be safe “Its ok, Ig- Spike, sorry.” As Cynder corrected herself a second time now “I understand.” Though Spike was not fully believing her words “How could you?” Spike asked Cynder with a somber voice, he was clearly tearing up behind his tough façade “Because I only recently discovered something similar to your case, Spike. I found out that Ignitus was Spyro’s biological father.” Spike merely replied with “And how is that a bad thing?” that was definitely a good question “Because the same dragon who was responsible for his demise was also the dragon who gave me life; Malefor, the dark purple dragon. I am cursed with his blood in my veins.” Cynder took a deep breath as she closed her eyes trying to keep herself composed, her somber frustrations building “Your Father, Spyro, he has the family line of heroes and wise guardians. Myself? I am not so gifted. Black dragons and cruel drakes make up the roots of my family tree. I envy you Spike.” Cynder says as tears begin to fall from her eyes “At least you get to choose who to call back on in your family line.” And Cynder wept.

Spike knew what he had done, he pushed Cynder to confess her true feelings. Now he was definitely in the wrong and had to open himself up in return. Spike showed his frustration, but he never showed his love “N-no, please don’t do that.” Spike said as he came up to her and held her close “I don’t hate you, either of you. I was just so angry, so sad. I wanted you both to find me or for me to find you. I just wanted what all dragons had, what every pony, Heck every creature! I just wanted you to know, just how much, just how much… I forgive you and that I want to love you.”

There was a long embrace, long enough to notice the sun was setting. Eventually both drakes would open up their eyes and look at one another “You certainly have grown up strong, Ignitus- I mean, damn it. Heh, I’m sorry.” Spike laughed “Its fine, honestly it’s not a bad name. Kinda makes me sound bad ass!” Cynder this time had her turn to laugh “Well Ignitus was a strong dragon. He definitely put up a good fight against me along with his other three guardians.” Cynder appeared to be contemplating something as she thought to herself, seemingly rubbing her chin “So, which name do you prefer?” Spike honestly shrugged “I mean, I've had some nicknames along the way, but those are really reserved for just for those individuals. I guess Spike works just fine.” Cynder nodded “Hey, where is Spy- err, Dad, uhh, just you know. When is he coming back?” Spike asked “Spyro is making sure the warp gate is closed off properly, otherwise others could follow through. You know it’s funny, this wasn’t actually the intended world we wanted to send you to. We actually had friends from another more wild world altogether, complete with it’s own heroes and villains, though honestly I could live without all the TNT. With the gate damaged we just had to trust this Princess Celestia.” 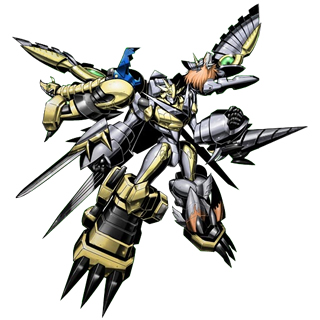 Bounty Hunter Pony
@Assegai the Fez-Wearing Zebra
Honestly that's what I tried to do at first, but wasn't sure when it was appropriate.
Posted 1 years ago Report
Link Quote Reply

If you're going to post a story in future, please, please learn to break up the paragraphs. Huge blocks of text are really difficult to read. If you never had a basic story layout lesson before, every time someone new talks, you should have a new paragraph. Otherwise people are just going to gloss over this huge blob of words and not take it in.
Posted 1 years ago Report
Link Quote Reply