Set the tag to a spoiler instead of hidden and click-through.

That's a question you should ask yourself, Megatron


"Why does the Internet hate us?!"

The Great and Powerful Trixie does not find you worthy of wiping her plot with. [nose turned up]

I’ve only glossed over the argument over Trixie and I’ll summarize my feelings on her in nine words: 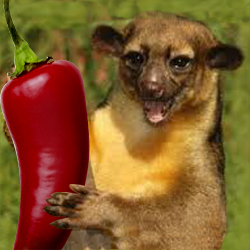 
What did I miss?

Abandoned By Hope
@Tirimsil
I can't tell how to feel about that comparison.
Posted about a year ago Report
Link Quote Reply

Starlight is a pretty bad pony too, yeah. They're like Wario and Waluigi.

Terminal Red
@Tirimsil
I would say Starlight shares about 50% of the blame for most of their Friendship drama.
Posted about a year ago Report
Link Quote Reply

aka Summersong
I've only glossed over the argument over Trixie and I'll summarize my feelings on her in nine words:

Trixie is an awful person but a wonderful character.

Okay now for the long play.

Trixie was undoubtedly originally brought back mostly for fanservice; Magic Duel was pretty blatant. Unfortunately, Faust's alleged intentions to give her more of a backstory to explain her particular dislike of Twilight as soon as they met never really came to the foreground, so her growing role can seem a little heavy-handed. As I understand it, it's "they went to the same school and Twilight's perfection completely overshadowed any of Trixie's accomplishments and made all the hard work she put into her rough life totally meaningless". At least, that's what I would plug in. Whatever, it's besides the point.

Trixie is 90% bimbo, almost an Anti-Rarity of sorts, and she is delightfully awful.

The other 10% is this "vulnerable Trixie" we're talking about. Trixie is generally a very insecure and ambitious person (especially in the comics, but these bend character personae quite a bit) and it's incredibly difficult to get her to show any kind of humility at all; you know when she's swapped because she starts using first-person pronouns. Things that can do that include informing her that an Ursa is coming to maul her or waiting for her to backstab her best (and perhaps only) friend who really cared about her and might never want to see her ever again.

Trixie is the best Worst Pony.

Abandoned By Hope
From now on, don't respond to the infamous spammer.
Posted about a year ago Report
Link Quote Reply

Terminal Red
@Beau Skunky
He dead jim, but for how long? Can that which hath no life ever truly die?
Posted about a year ago Report
Link Quote Reply

Is not drunk as a skunk
@Background Pony #8B94

@Beau Skunky
Trixie is a parody of what she used to be. She’s a loud, brash idiot who never learns from her mistakes.


Um, actually wasn't that basically how she was in Season 1? If anything she learns more lessons now then in S1. You also forget she was an antagonist in her first & second appearances.

She’s not like when she first appeared. When her confident, overbearing attitude was just a front to hide her vulnerability.


There was no hint of vulnerability, unless you consider her being nervous about the Ursa that, and at the end of the episode she still behaved antagonistically. and didn't learn her lesson yet, and just ran away. There was no sympathetic, or vulnerable traits whatsoever. (Except in fanon back then.)
It wasn't until the end of her second appearance in Season 3 when she learned her lesson, and showed any vulnerability, or regret for doing something wrong. The first time we had of any good qualities in her.

Are we watching the same show? She's learns lessons more nowadays then she ever did in her first season.

Like take a look at most of the episodes she’s in with Glimmer. Even the ones where she learns her lesson so to speak (the episode where she shoots herself out of a cannon and the one with Starlight’s bottled up anger) she still acts like an immature brat. It annoys me to no end how little respect they have for her as a character. She’s essentially a walking punchline in FiM


She's always acted that way, as I said, she's always been flawed, but regardless she's more sympathetic now then she ever was in S1. Rewatch that episode again, or are you really that blind/biased that S1 is perfect?

Trixie had her magic and her magic show and that was it, they took that away and smashed her pride because lol Twilight is a million times more magical lol look at how special she is. Episode lesson: Its okay to show off talent when appropriate, even though thats exactly what Trixie did. It took this long in the shows life before she gets one friend, and its constantly belittled and made fun of, they put her with a unicorn a million times better than her on top of everything.


She still had her magic show actually, and preformed magic no problem, and is in no competition with Twilight or Starlight now. In fact, they're both usually nice to her. Trixie still has her ego though, and her flaws.

You get so many things about Trixie, and the show in general wrong, I question if you even watched her later episodes, or are just blind that her first appearance was just her as a minor egotistical, and rude antagonist. If anything she was less likeable in S1, but she was still an interesting antagonist.

Terminal Red
Trixie didn't turn out how the fandom hoped she would back in season one. So what? She still steals every scene she's in. Other characters might be tougher or stronger than her, but Trixie Became a huge memetic part of the mlp community, not because she's super speciel and written to succeed, but because we loved her.

She's gonna be around for a long time.

Terminal Red
@Background Pony #8B94
Oh my god you're so boring! How many times do you have to be banned before you realize no one cares how you feel?
Get a new script.