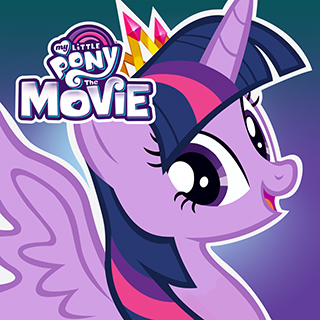 MLP FIM Season 9
Bad Alternate ending !? like dragon ball z to gt
dragon ball z to super it away let hurry read the 10 season no that all mane 6 princess alicorns would be the end of that like the g1 tv series i think gameloft has pinkie pie princess and princess alicorn twilight sparkle but the rest no princess alicorn but sorry my table i say it should be season 10 because it's so not acceptable let hurry all the people to me very much my favorite is my little pony friendship is magic i love it very much it's a 10 star tv series top cool i like it very much and i'm a fan of what it took means 2010.
Posted 2 months ago Report
Link Quote Reply
Background Pony #CC59
When you go back to the starting area after reaching level 999.
Posted about a year ago Report
Link Quote Reply

evil_eric
he ate Good Eric
"So this is the part I need to study, Future Me?"

"That's right, Past Me. You'll need to know this stuff like the back of your hoof in a few days."

"Wow, thanks for traveling back in time and telling me. You. Uh…whatever."

"You're welcome. I mean, I'm welcome. Or something. Hey, where did that weird line come from?"

Passionate opinionator
@Beau Skunky
Agreed. It was the first RPG I've played after all.

Whenever I talk about my crazy pipe dream ideas, I like to hope that any animator happens to read them because I would definitly give them permission to use my ideas as well.

I'd say screw the people who complain when Starlight is considered part of the main cast but I guess we can put her elsewhere.
Yes, you gotta include Sunset.

You could also include the bits from Paper Mario's parade if you want. The SMRPG music will be the one playing but with how many characters MLP:FiM has, I hope nobody minds if we take "creative liberties". Like how all partners from Paper Mario were on one float, that can be the Student Six instead.

Peace to all
Wow. Though I find the development to this somewhat questionable it, I still find it cool that she made it to this state. This sure illustrate it.
Posted about a year ago Report
Link Quote Reply

Is not drunk as a skunk
@Red-Supernova
I kinda prefer EarthBound too, but SMRPG has it's charm, as well.

Yeah, it'd be great to see animated, so I give any animator reading this full permission to use my ideas for the SMRPG pony parade.

As I said I don't have the whole parade planned out yet, but I'd try to have almost every character cameo, even minor forgotten ones like Screwball, the Flower trio, Babs, and such. I like some of your ideas though. As I said I might have different things happen on some parts too, so it has some unique moments.
Though, I think I would keep Starlight separate from the Mane 6 & Spike, sense some fans hate it when she's considered part of the main cast, and prefer her as a more supporting character. So I'd probably put her somewhere else.
And so Sunset fans don't get mad upset, I'd probably include her somewhere, and so that way the Equestria Girls spinoff series gets some representation too, though she'd be in her pony form. (Though, I think she'd be the only EqG character to cameo, as I want to leave room for mostly MLP:FIM characters.)

Another good idea I just had, have a nightime "electrical parade" float look like the dragon from DragonShy. and maybe have Ember & Garble with it. Another float could be a sparkly apple with several Apple family members around it including Mac & Granny. (And Fiddlesticks.)
And of course DJ PON3 could appear on a stage float with several dancing ponies, spotlights, and such. (Though, that's more like the dancing Shy Guy bit in the Paper Mario ending parade.)
Octavia Melody would be on a different float with her orchestra band from "Best Night Ever," as well.

Passionate opinionator
@Beau Skunky
Really? The Earthbound music combined with the ending themes I played after Smiles and Tears worked very effectively with FiM's image. But then again, that's because I put those games on a higher pedestal than Super Mario RPG compared to you. (I really should play SMRPG again. There's this ROM hack of the game that a friend of mine recommended me that I should start up again.)

sigh There's a lot of things I want to make/animate as well but I don't have the skill as well. But I do like your take on the SMRPG credits sequence!
You gotta have a float for the Student Six as well since they've become important characters, and the Pillars as well. The random Toads that march between each float are different ponies and other creatures that have appeared in the show. And for the villains float, it would have Grogar standing in the center of the villains before Discord removes his disguise and hits them all with the Twilight Scepter. (It would be cuter to have Celestia wink instead.)

Well you can have half of the Mane Six on the top left and right side of Twilight's cutie mark with Twilight and Spike on the top. If you want to even out both sides so one side wouldn't have more than the other, you can add Starlight there.
The Geno Sparkle would be replaced with the Tree of Harmony's spirit flying around. (or perhaps Fausticorn as a cameo?)

Oh man, I would love it if someone could animate this along with my other ideas well. But oh boy, the price for that project would probably cost a lot of money.

Is not drunk as a skunk
@Red-Supernova
I like the SMRPG music better personally.

If I were to animate/make it, (which unfortunately I can't) I'd have things like have Derpy be the first character to appear, and lead the parade, (much like Luigi's only cameo in SMRPG, back then everyone got excited every time Luigi cameo'd, much like Derpy) with the CMC on one float with Cheerilee, (and maybe other school ponies) and Scootaloo's the one who bangs the cymbols together, (like Mallow) and li'l ponies walking behind go POOF and get their cutie-marks. (Like the tadpoles getting their legs in SMRPG.)
And I'd have Discord fill in for Smithy, wearing his king jester outfit from the S5 finale. (And have him wack Tirek, Chrysalis, Sombra, and Cozy with a goofy Twilight Scepter for comedy.)

Then when the bird's pirate ship appears, and night falls, I'd have Princess Luna fly by, and sprinkle sparkles from her horn making the parade floats light up like the Disneyland Main Street Electrical parade. Near the end of the parade we'll see Canterlot Castle appear in the background all lit up beautifully, with more glowing floats, and marching characters like Shinig Armor, Cadance, Luna, Celestia, and others. (And Celestia turns torwards the viewer for a moment, and nods like the Mushroom Kingdom Chancellor.)

Then the final sparkling float appears, and instead of a Starman, it'd look like the 6-sided sparkle from Twilight's cutie-mark, with each of the Mane 6 sitting on a seat around each point, with Twilight & Spike sitting on a seat in the middle.
Though, it'd probably wouldn't make sense, I'd maybe still have the Geno sparkle fly around them as they watch it. Then as it flies off into the sky they all wave bye to it, and then to the viewer, and as the final float goes off screen, fireworks start to off. (With some looking like generic fireworks, or like maybe the Mane 6's cutie-marks) Then the camera pans up to the sky, and the biggest firework goes off, and it's shaped like the classic horseshoe from the MLP logo.
Then after "The End" appears, (maybe Rainbow Dash flies by to make the letters appear) and the music ends, it gets quiet for a moment, and looks like the video is over.
Then suddenly the letters sparkle all rainbowy, while a simple yet pretty rendition of the original G1 MLP themesong starts playing as a bit of an easter egg.

I'd have other things happen too, maybe some new things, but I don't have it all planned out yet. I'd love to see somebody animate this, even if it's not exactly like my rendition.
(But they're free to use my ideas for it if they want.)

Passionate opinionator
@Beau Skunky
There is the Equestriabound hack that has their own take. But for this being an ending for the show, it would need a whole lot more characters compared the amount Earthbound used for their roll call.

Ooh! That works too. Would you use the credits music for Super Mario RPG or Paper Mario since they have similar credits sequences? 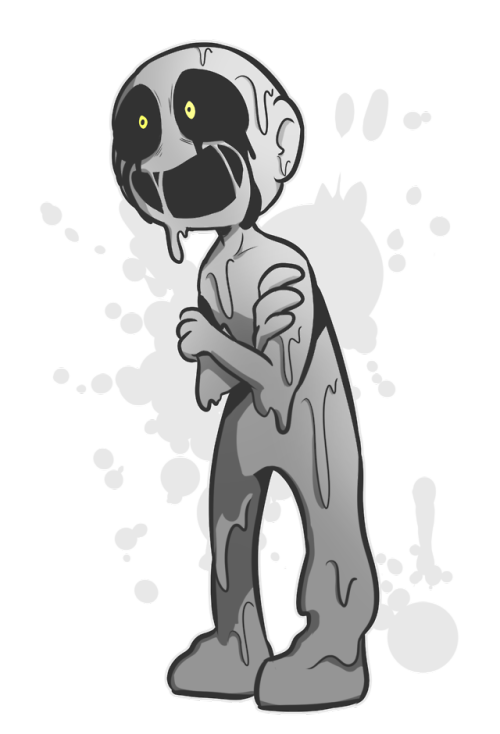 Is not drunk as a skunk
@Red-Supernova
Somebody should redo the rollcall cast role, but with Pony sprites instead.
Like have the Pillars in place of the Flying men, and such.

Either that, or redo Super Mario RPG's parade credit sequence instead maybe with the Anthology Paper Pony sprites. I would love that.

Is not drunk as a skunk
You've come a long way on your journey, young Princess.
Posted about a year ago Report
Link Quote Reply