Maybe the real Grogar was the enemies we made along the way
Posted 10 months ago Report
Link Quote Reply
Background Pony #F9F1
Tirek and Chrysalis, I understand this reasoning. The problem is with Cozy, who has even less motivation or backstory than Grogar and given how many complained about her punishment we didn't have the correct vestment in her.
Posted about a year ago Report
Link Quote Reply 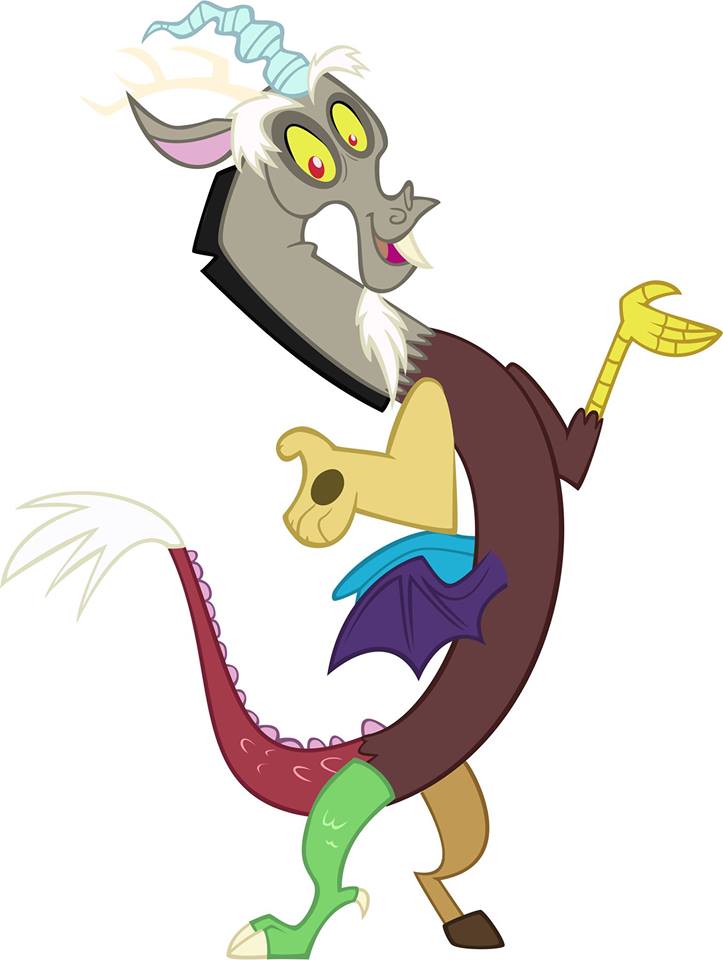 pnylvr
@Phoenixflambe
That would also explain why the S9 version of Sombra was so different in personality (and, seemingly, intelligence) than the original.
Posted about a year ago Report
Link Quote Reply

That was what I was suggesting, yes.

Pants will be banned
@Jarkes
Maybe he wasn't the real Sombra!
Posted about a year ago Report
Link Quote Reply

As well as Sombra's horn being conspicuously absent when he "resurrected" Sombra, when you'd think that would be a necessary requirement to actually resurrect Sombra.

They must have had a checklist of things that needed to be included. I imagine it must have been an absolute conundrum to figure out how to include all of it in a way that makes some amount of sense.

Chrysalis was the longest-standing villain, so they have to do something with her. If she can be redeemed (and even the people who want her redeemed have to admit that's a big if), it would be a longer journey than the show has time for.

Waiting in the wings are two other villains that have been major threats in the past. One of whom has defeated Discord. Speaking of.

Discord was MIA for the last three big adventures, so they can't not include him in the grand finale. Which means they have to contrive some way for him to lose his powers.

Let's ignore the potential structuring issues of an alternate "The Ending of The End" for just a second. Whether it's Grogar or Discord, what would have been the first step in redeeming these characters happened because they bonded while retrieving the bell.

If Grogar betrays them, either:

They don't get to save the day, which means we don't get a triple villain finale and they wasted all this buildup.
or
They do get to save the day. This would do the following:
* Rob Twilight and her friends of their victory in the last two-part episode ever, and instead give it to Cozy Glow, Tirek and Chrysalis, who don't really deserve it.
* Make Grogar look like an idiot, since he'd have basically orchestrated his own downfall. Whatever flaws the episode has, at least this isn't the route they went.

I can't help but wonder if the "he'd have basically orchestrated his own downfall" point was where they got the idea. It ticks all of the boxes, and ends up being kind of meta. Twilight is supposed to have one last victory before ascending the throne, and the villains are supposed to be redeemed, but all of that happening would be a huge contrivance. So they make it an actual contrivance by Discord, which is perfectly in character for him. When it backfires, it also gets him out of the picture.

To be redeemed, The Legion of Doom need their own victory, without stepping on The Mane Six's hooves. They need their own stories to be the heroes of. The fact that they're in cold storage, and not dead or redeemed means that Season Ten could give us those stories.

It was highly personal with those three, even aside from the fact that we as an audience have known about (2 out of 3 of them) for a long while.

Chrysalis had kidnapped Twilight's foalsitter the first time, had gotten her older brother involved with her evil plans, and she watched Celestia get hurt in a fight with her. The second time around, Chrysalis had her and her friends and family kidnapped, including her baby niece, and she'd ended that by swearing revenge on one of her close friends (Starlight) especially.

Tirek blew Twilight's house up, tricked Discord into betraying them (extra personal points to Fluttershy on that one), and pushed her into a "give me all of that magic or your friends die" kind of hostage scenario, including Spike. Later, it was his knowledge that helped Cozy Glow to pull off her scheme, and he did it for amusement, even though he'd personally gain nothing but the satisfaction of them being tricked.

Cozy Glow: Twilight really appreciated her as an assistant. She loved her. All of her friends did as well, they all trusted her. And Cozy Glow repaid all of their kindness with naught but treachery, arguably to the point of attempted murder, and in any case, she didn't care. And she learned that she purely did it out of an extremely desire to be more powerful than her.

So yeah, all of that is more compelling than "Twilight and her friends are in my way." And that's all he could ever be, unless they did some other twist entirely, because not even Celestia and Luna encountered him, on account of not being born then.

Grogar wasn't the most interesting one on any measuring stick, by design. Those three were getting screentime, they got the villain song, and they had personalities that weren't nondescript. 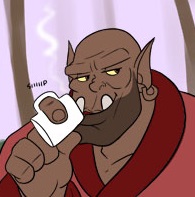 Brownee
The idea of villains uniting after their own previous solo failures against them is generally better than this new one being the majorest threat. As shakey as their alliance seemed, it's like turning friendship back on those that used it against them in the past. That's as good an idea for the big climax as you can get for this series.

It's the execution that was just a bit dumb. Had there been obvious hints through the season that it was Discord, it would probably have been fine, but as it stands it just kinda came off as an unnecessary twist. Not to mention he literally pulled two of them out of the practically inescapable prison they were already in just to encourage them to be villains again, that's a bit too major a hole to just ignore in being kind of dumb writing. Particularly with him having been a reformed villain and such. Doesn't even work with him being 'chaotic' as a silly test for Twilight, there's just very little sense in that action.

He talks like Grogar being Discord was some kind of prerequisite for the villain trio being the real big bad guys. It still could have been the real Grogar, and he was just defeated by the trio early on using his own magic. It would build up the threat that the trio now presents that they have the power to bring him down.

…Then what would happen to Grogar after that? What good would a powerless Grogar do in the episode anyway? Also, I think they needed to nerf Discord somehow so he couldn't just Deus Ex Machima all three of them with a snap of his fingers. Besides, actually being able to defeat Discord is in my opinion even more impressive than defeating Grogar, since Grogar's power was very vaguely explained at best while Discord we have seen plenty of times just how all-powerful he is.

Abandoned By Hope
The game was rigged from the start.

#1 Rarijack Enthusiast
genius in hindsight
Posted about a year ago Report
Link Quote Reply
Der Fallschirmjager
🤔
@Background Pony #30A0
It's so weird too because according to the leaks D=G was one of the first things planned about the season. They really wanted to do this twist for some reason.
Posted about a year ago Report
Link Quote Reply
Background Pony #BAE2
He talks like Grogar being Discord was some kind of prerequisite for the villain trio being the real big bad guys. It still could have been the real Grogar, and he was just defeated by the trio early on using his own magic. It would build up the threat that the trio now presents that they have the power to bring him down.

Don't get me wrong, it still would have been better (probably) if they had reinforced the whole "friendship is magic" theme by letting the villain trio (or at least Cozy) reform, but making Discord Grogar was not a prerequisite for anything they wanted to do. 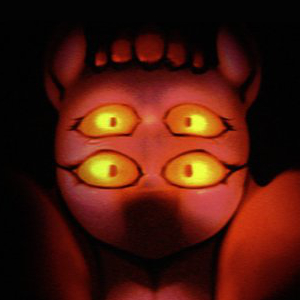 Four Eyes
Cozy Glow was only introduced last season, and chrysalis wasn't even defeated by Twilight.

Meanwhile Twilight's season 9 arc was to see if she was ready to rule all of Equestria herself. And the season just happened to introduce Equestria's first ruler of equestria as the main antagonist.

Imagine how thematically fitting it'd be for Twilight to prove herself ready to rule Equestria if she just so happened to defeat the original owner of the land.

Pants will be banned
Where's that Iron Man 3 gif I can use for this?
Posted about a year ago Report
Link Quote Reply

pnylvr
There's actually a fair amount of foreshadowing throughout the season—the shot of "Grogar's" eyes at the end of the premiere, Discord's comment at the end of The Summer Sun Setback, and some dialogue in The Big Mac Question.
Posted about a year ago Report
Link Quote Reply