Derpibooru Community Collab! It is time for us to make another community collab image! Let us all have fun and draw some pony. Learn how to participate here.
21 26 16 10 27
Subscribe
Galleries
Featured in
Sign in to create a gallery
Related
View VS Download DS
Uploaded about a year ago by Background Pony #AD5E
2896x2896 JPEG 1.01 MB
This image is blocked by your current filter - click here to display it anyway

Smart Heart
@Background Pony #DB5B
But no. The writers thought "That's what they'd be expecting us to show." And then they completely destroyed the entire concept of the show.
Posted about a year ago Report
Link Quote Reply
Kama and Hallie
@Background Pony #DB5B
That's what I've been hoping to see.
Posted about a year ago Report
Link Quote Reply
Background Pony #9AE1
You know what I would have liked? If Discord had been straight up terrified of Grogar. Discord's actions and attitude have been mostly static throughout the show. Overpowered, arrogant, and bored apathy. Seeing someone like that have a panic attack over this new villian could be both incredible build up them, and interesting for Discord, a character I've been hoping to see some depowering of for a long time.

Discord has just been kind of boring to me due to his all-imcompasing power. I get that that's his thing, but the fact that he cares immensely about Fluttershy, the fact that he is OP, and the fact he doesn't protect her everytime she is in danger conflict with each other. He could have been given numerous reasons for this. Let's list a few:

"Dark magic, dark iron (the stuff that makes up the armor of the Storm King's troopers), and anything else with similar properties can't be affected by Discord's magic". Maybe he stays out of conflict because he's scared of his weakness being discovered. He sees it as a type of moral failing on his part.

"A the abyss stares into you scenario, where Discord's chaotic nature and magic puppet him more than he puppets them, he's just good at faking control of the situation." This could have been an allusion to neuro-divergent people and the struggles they might have to deal with. 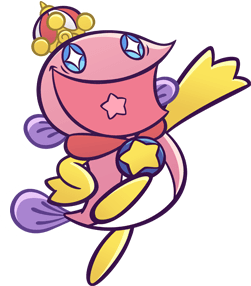 SuperSnivy
This opens up a question: what happened to the REAL Grogar? Is he alive but still powerless? Did he die of old age?
Posted about a year ago Report
Link Quote Reply

Flufux Corporations
@Yet One More Idiot
Agreed. But since that was way back in season 4, having him be one of the final enemies to take down in the finale still feels more justified than having it all be about Grogar…who only showed up in season 9 and, unlike the other legion of doom members, hadn't been the main antagonist of a two-parter before.
Posted about a year ago Report
Link Quote Reply

@Kama and Hallie
The G4 version of him may have been based on the original Grogar, but he's clearly not the exact same character. Also, most G4 fans haven't seen 'Return of Tambelon', so they'll definitively have a greater connection to Tirek, Chrysalis and Cozy Glow than him.


Yeah, but the same could be said of Tirek when he first showed up in the season 4 finale. It's not like many (or any) of the younger FiM fans at that point had ever watched "Rescue at Midnight Castle"… xD

Flufux Corporations
@Kama and Hallie
It's not that he couldn't work as a villain. And if he showed up as the main villain in a two-parter before season 9 then he could have been great. However, if I had to choose, then I would always pick a team up of familiar villains to be the final boss rather than some new guy who decided to show up right at the end with little to no build-up.
Posted about a year ago Report
Link Quote Reply

Enter if you dare
frenemies did kinda make it look like he was not going to be one of the final baddies anyway
Posted about a year ago Report
Edited about a year ago
Link Quote Reply
Kama and Hallie
I really don't get the people who don't like Grogar because he had less personality than the other villains. Because:
1. The other villains barely had any personality when they first appeared, yet nobody hated them.

2. Grogar didn't even DO anything yet.

Tirek was a one-dimensional villain in the S4 finale, and he was still great. Not every villain needs to be a complex, tragic figure.

Maybe with more characterization episodes, but after all, don't fuck another character because you can't develop Grogar

Posted about a year ago Report
Link Quote Reply
Background Pony #72FD
I can actually see the resemblance now.

And even if they wasted the potential plot, we can't say they wasted Gorgar's character because he was never a character to begin with. His Bell mean he, and the intreating parts about, still exist.

For those criticizing the writers for the Grogar-Discord twist, would you actually trust them to have written the real Grogar in a way you found satisfactory after this?

@Jacalope
I would like to add that despite this reveal it does not seem that people don't realize/think that Grogar could still be out there or still in that banished place that Gutsy the Great sent him too. Discord probably imitated him because he knew that the real Grogar would not get in the way or suddenly pop up to stop his original plan. They can still do Grogar in any expansive comic or novel material, which I'm certain that they'll still do for a while, but Discord being Grogar does not diminish any real plans that they could do with him. Hell, for all we know, the Mane 6 may have run into him between that large time skip in the Last Problem

Noodles > Everything
@Yet One More Idiot
Discord would be Frankenstein type, his greatest success / failure that he could never repeat in his life.

But yeah, that theory within Hasbro it would not be possible because of the simple existence of Princess Eris (eye, that she is canon I don't think is possible, but the simple idea that she is a cousin, suggests that creative directors are not interested in the theory , even that could have changed.)

The fact that they both share the same colors of eyes, eyebrows and goat's head, no one has dared to create a theory that they are the same person because that theory is simply stupid… that must be the most painful thing that a fan of theories has happened.

Why are you not real, "Grogar is Discord's dad" theory?


Why not "Discord is Grogar's dad"?

I mean, Discord is basically a God of Chaos, when you think about it… Grogar is certainly not meant to be up to that kind of power level…

Noodles > Everything
The fact that they both share the same colors of eyes, eyebrows and goat's head, no one has dared to create a theory that they are the same person because that theory is simply stupid… that must be the most painful thing that a fan of theories has happened.

Why are you not real, "Grogar is Discord's dad" theory?

World's biggest idiot xD
Also they managed to completely ruin Grogar, who was easily one of the greatest villains of G1 along G1 Tirac and the Witches from Volcano of Doom with their Smooze.

They did, indeed, waste a perfectly good plot.

I mean, I guess Grogar could have worked as a decent villain in his own right, but not as the ultimate final boss. A trio of familiar bad guys who all have have a long history antagonising the Mane Six felt like a way better challenge to ultimately overcome at the end of the series than a blue evil ram who came out of nowhere.

Colorizing Desktops
@Background Pony #D983
Grogar was such a wasted potential. Why hype him up and make him the most intimidating/competent villain if he's just gonna be turn out to be a fake? A troll by Discord… come on…
Not only they wasted the potential to make an epic villain boss, but also they managed to successfully ruin Discord. Years of effort to make Discord a great redeemed villain for nothing. I'm so mad about this…

I'm still mad about this. NOBODY asked for this twist.