38 comments posted
deactivated843b8160732
You'd better be holding that Keyblade right, Luna… it's been turning up in a lot of fanart of late…
Posted 10 months ago Report
Link Quote Reply

@Red-Supernova
That's cool, shame June died… (Though, she lived long into her 90s.)

Enter if you dare
One more thing that bothers me about people complaining about cartoons not happening big expressions anymore is that one of the big nitpix about season 9 are the facial expressions.
People keep calling them meme faces and comparing them to faces filled by different emotions
Posted 1 years ago Report
Link Quote Reply

Passionate opinionator
@Beau Skunky
Odd choice to segway into that show but ok.
I never cared much for Rocky & Bullwinkle even though I saw it a lot on Nickelodeon and Cartoon Network but my dad on the other hand is a BIG fan of Rocky & Bullwinkle. We still have a picture of Rocky signed by June Foray herself in my parents' house.

Cute wittle skunku
@Red-Supernova
The Rocky & Bullwinkle show itself was pretty good though. It was like the "SpongeBob" or MLP:FiM of the 1960s, as similarly, it was one of the first TV cartoons to gain a periphery demographic, due to it's meta, clever, dry, & even cynical humor, and such giving it appeal to college students, and such at the time.

I loved that show as a kid.

Yeah. I'm amazed THQ lasted as long as they could.

Cute wittle skunku
@Red-Supernova
I never played it, but I remember Nintendo Power had R&B on their worst games list before.

THQ is at least not as bad a punlisher as LJN.

Passionate opinionator
@Beau Skunky
The only THQ game I remember having back when I had an NES was Rocky and Bullwinkle. And I even knew that game was impossible to play. Most of my experience with older THQ games were AVGN videos.
Posted 1 years ago Report
Link Quote Reply

Cute wittle skunku
@northern haste
I kinda like how Gumball mixes 2D, 3D, CGI, stop-motion, clay-mation, and even live-action together. The whole show is like one big juxposition parody of itself.

If any other show tried that, it'd probably be labeled a Gumball rip-off. The show actually had a whole episode making fun of it's blatant Chinese rip-off show.


come to think of it is there an art style that gumball didn't use? 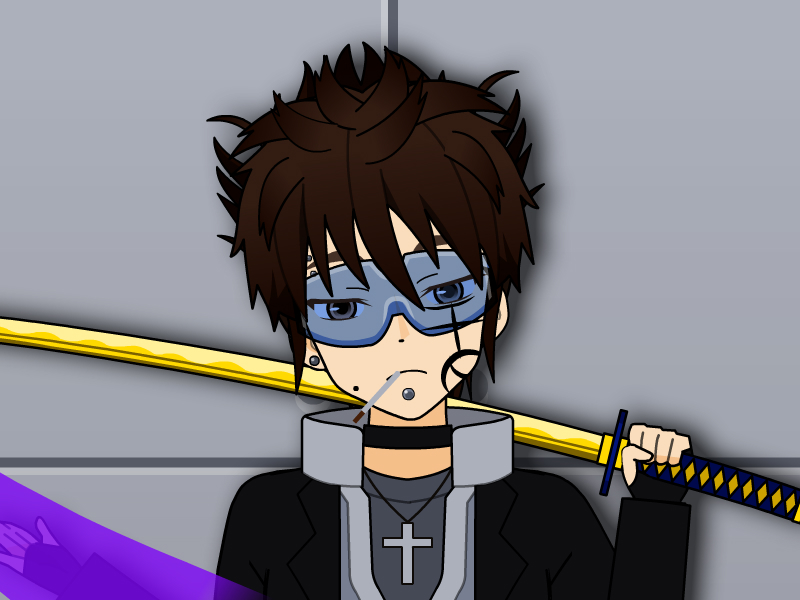 Dreaded Athens Neemias
Omniversal Guardian
@northern haste
Art-style is one thing but what the show does with it is another thing to keep in mind, Gravity Falls for instance used its art-style really well in my opinion.
Posted 1 years ago Report
Link Quote Reply

Cute wittle skunku
@northern haste
Well, while I do kinda feel cartoon modern styles have gotten a bit samey, and such, (with a few exceptions) but yeah, it's a bit unfair to compare actual images with fake ones.

In fairness, saying Gravity Falls, and Gumball look the same is kinda ridiculous. Whoever made that, obviously never saw those shows.

And some '90s shows were guilty of emulating the same art style too. (Look at the Hanna Barbara cartoons, DiC cartoons, TMS ones, Disney ones, and such.)

@Red-Supernova
Only THQ '90s game I ever had was "The Great Waldo Search" for NES. It's actually surprisingly better then "Where's Waldo," seeing as Waldo actually looks like Waldo in it, (the graphics are much better) and there's more to do in it. (And that electric guitar & voice sampling on the title screen is kinda impressive for the NES.)
Still, it's a very short game, and not as fun to look at as an actual Waldo book.

I'm referring to THQ's games from the 90s.

Enter if you dare
@Beau Skunky
Well I did say every decade has good and bad stuff. Anyway as I was trying to say earlier pretty much every media has these people. Sometimes they get really unfair
I mean look at this stupid picture complaining about modern cartoons

For Old cartoons they used 17 pictures taken from the actual show that's from modern cartoons only used 4 that I'm not taking from the shows and don't actually match the show.
also I wonder if modern cartoons did those faces in the old ones would people call them meme face?

Cute wittle skunku
@Red-Supernova
It's not too late, there's plenty of ways to get into them.

THQ did publish some decent games, like the Sonic Advance trilogy.

The Batman Arkham series is probably better then any other older Batman game.

Passionate opinionator
@Beau Skunky
I know. We talked about it in the Mega Man thread. I just wish I was more into retro games as well.

Screw Attack must have blanked out all of the licensed games from LJN and THQ at the time.

Enter if you dare
@Beau Skunky
pretty much for fan bases have those nostalgia goggles people.
I remember someone from ScrewAttack (before it was Death battle) said that the 90s was the golden age of licensed games when they didn't suck. even though they are good and bad of licensed games from every decade

Cute wittle skunku
@Red-Supernova
Not all retro gamers act badly, or like "all new games are bad."
In fact, I'm very into retro games myself.

Passionate opinionator
@Beau Skunky
As long as she doesn't act like one of those gamers, then I can see that.
Posted 1 years ago Report
Link Quote Reply