Oh hi, Markdown. We are migrating the site to use Markdown. This is currently in beta testing phase. Click here to learn more.
Pony with care! Remember to tag images from or revealing story of the G5 movie with spoiler:my little pony: a new generation, and report any images of camrips/leaks for Rule 1!
48 61 55 6 14
Subscribe
Galleries
Featured in
Sign in to create a gallery
Related
View VS Download DS
Uploaded 2 years ago by infinita est lux Solis 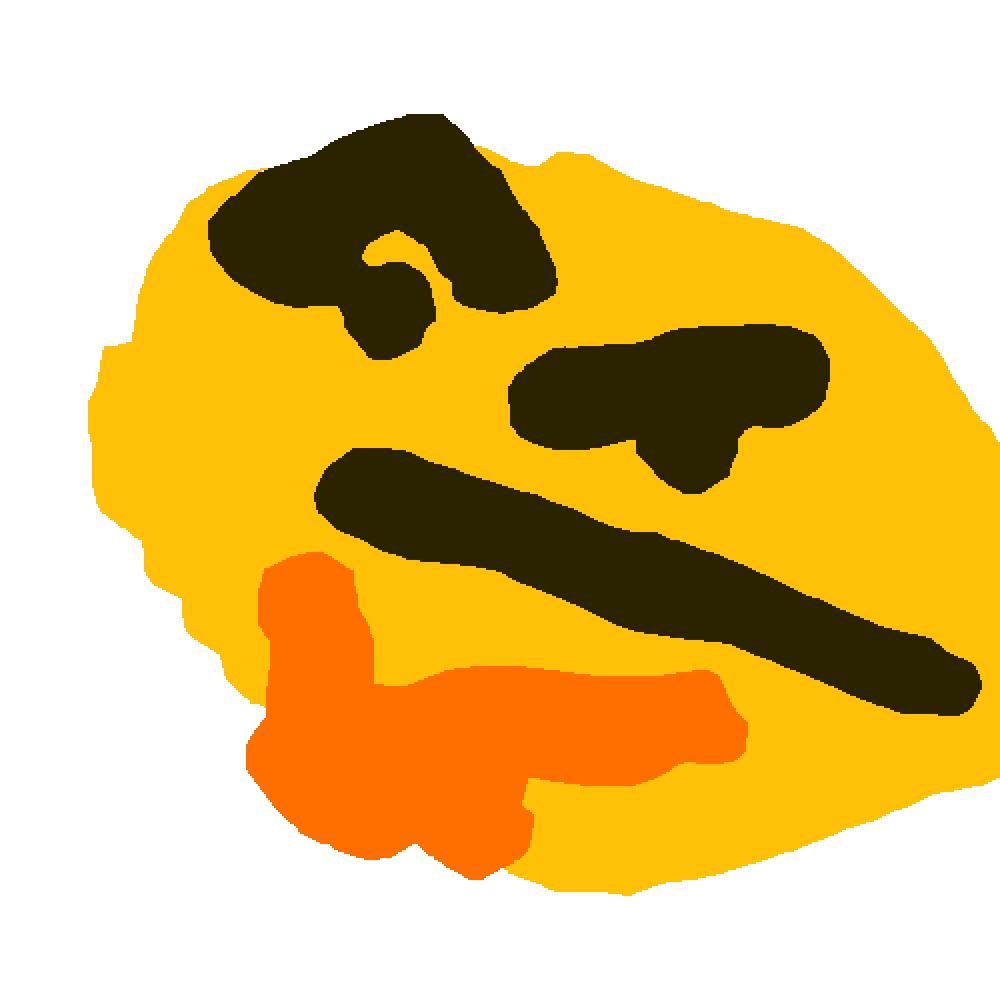 You are your worst enemy
@infinita est lux Solis
Maybe your version of “lawful” is different from mine, but as far as I know a lawful character subordinates themselves to a basic moral law as well as the law of the land. We don’t usually go on murderous rampages after we find out “someone” did something “bad” because we recognize that we don’t have all the info and for what we know we could be condemning the wrong person before we’ve had the chance to examine everything with a cool head (which this chick clearly did not have at the time of her killing spree) and present our case before a neutral entity. The saying goes “It is better that 10 guilty men walk free than one innocent be wrongly punished”. That Little Chick? She’s bat-you-know-what insane.
Posted 2 years ago Report
Link Quote Reply 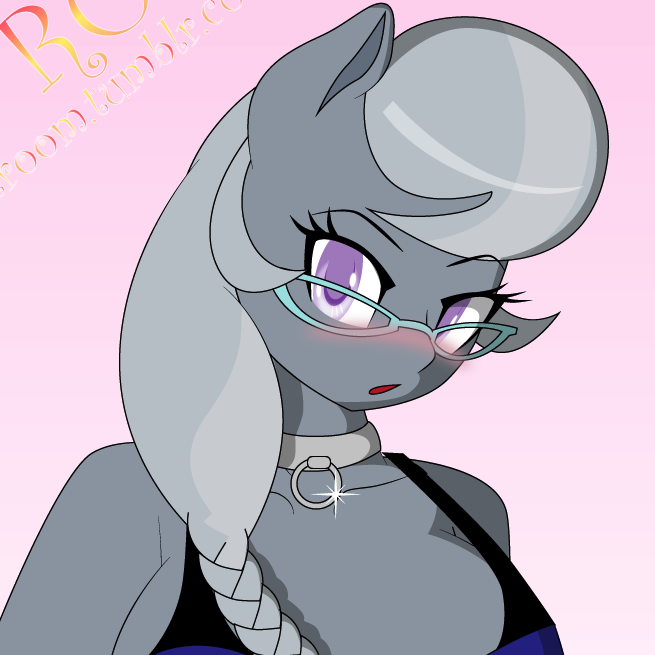 Serving Spoon
Again, is Rampage really Neutral anything? She may have begun the story as neutral party but chose to side with Blackjack and became one of her closest friends and allies.

This is why I don’t fully understand Alignments for RPG characters. A person is not typically always good or always evil.

Rampage was a killer, but she found friendship and loyalty. She later betrayed them, but could not carry out the will of Cognitium to murder Blackjack. She was welcomed back into the fold. And ultimately she sacrificed herself and doomed her self to 200years of suffering on the Moon just so Blackjack and Scotch could back home safe. She could have stayed behind with P-21 and died when Horizons fired. There’s nothing neutral about that!

In the end Rampage showed true courage and heroism. Twist would be proud of her little girl.

Heretical Inquisitor
@belmontzar
True… But, I don’t know if you’ve reread FO:E recently, I have, and I remember Pip trying to spare as many as she could, mostly the children. Still, if I were in her possession, I would have informed the rest of my friends, and formed ourselves into an Arbu Inquisition, breaking into homes during the night, taking the Arbu ponies captive, and interrogating them, marking the ones who confessed to knowing cannibalism for a public execution.
Posted 2 years ago Report
Link Quote Reply

belmontzar
@infinita est lux Solis
Normally when it comes to the guilty yes, but the fact remains she killed a bunch of innocent ponies as well. Its possible.5hat most of the town was cannibals yes, but its equally possible that it was a small percent, or that very few ponies KNEW they were eating pony. There is a difference between eating your kind willingly, and enjoying a sandwich that your familly made you.
Posted 2 years ago Report
Link Quote Reply

Heretical Inquisitor
@belmontzar
Which is a fairly chaotic, but still arguably good, thing to do.
Posted 2 years ago Report
Edited 2 years ago
Link Quote Reply

belmontzar
@Train Dodger
Pip killed off an ENTIRE TOWN including genuinly innocent ponies because Some of them were cannibals. It was so bad that ONE child surviver was more scared of Pip than the monsters actually trying to kill her. [Leading to the child then getting vaporized.]
I understand why Pip totally lost it, but the fact remains that because of some of the town the ENTIRE Town was obliterated.

Heretical Inquisitor
@Fingusa
It’s been a while since I’ve read murky, and I didn’t even finish it… I forget where I left off, so whenever I get around to finishing it, I’ll just start from the beginning again, although I remember him being very neutral in the early chapters.
Posted 2 years ago Report
Link Quote Reply 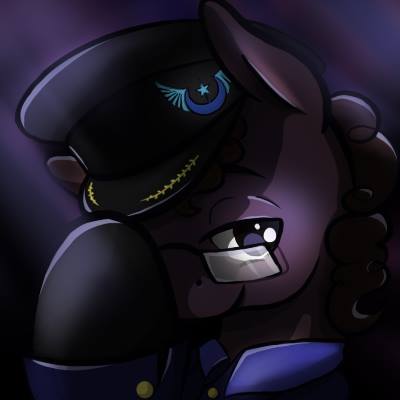 Fingusa
Ante Up
Ok, this one is much better even if I could point at someone like Murky who should totally be on the good side, especially in later chapters of his story.
Posted 2 years ago Report
Link Quote Reply

Heretical Inquisitor
@Train Dodger
Regarding Littlepip… It’s mostly because in my previous version of this, I got yelled at for putting Pip in Lawful Good, most people pointed out that while her goal was Lawful, her methods were more chaotic… I was originally going to do the same here, but I didn’t want to be yelled at again. As for Deus, it mostly comes down to the way I interpret the Alignments, although in hindsight, I should have swapped him and the Raiders.
Posted 2 years ago Report
Link Quote Reply
deactivated20200328
Deus is a nasty bad guy, but I’ve never really thought of him as “Chaotic Evil”. Chaotic Evil is literally the cackling mad scientist archetype. Like, a necromancer or cultist who raises armies of the dead just because. Someone who’s criminally insane and cannot be reasoned with. If anything, Deus is the very portrait of a Neutral Evil character. He can be negotiated with. He has a price and can be bought or bribed. He’s a very, very nasty thug, but he’s not completely irrational.

Blackjack’s alignment varies from Chaotic Good to Chaotic Neutral. Littlepip should be way, way closer to Lawful, if anything. Her methods are often questionable, but her overall intentions are of the generic lawful good or neutral good variety. Both Littlepip and Blackjack are obsessed with imposing their morals on others; they are fanatics. The difference is that Littlepip’s idea of a good society is a plain, typical modern civilization with rule of law, and Blackjack’s idea of a good society is one with free sex and free booze. There is an Apollonian/Dionysian dichotomy between them.

(Foil Hat)
Ohhh… You missed Hired Gun, though where would she be anyway?
Posted 2 years ago Report
Link Quote Reply