Derpibooru Community Collab is back! Join our annual collaborative mega-picture featuring your characters. Learn more here.
16 20 9 11 2
Subscribe
Galleries
Featured in
Sign in to create a gallery
Related
View VS Download DS
Uploaded 3 years ago by Background Pony #3503
1920x1080 PNG 1.44 MB
This image is blocked by your current filter - click here to display it anyway

Tempest Shadow: First a bunch of weak ponies, now you!? Who are you anyways!?
Shadow: My name is Shadow… I’m the world’s ultimate life form, and with the power of the Chaos Emerald, I control time and space. You don’t stand a chance against me!
Tempest Shadow: Bring it on, hedgehog…
Shadow: CHAOS CONTROL!!!
(After the fight, both are pretty tired out. The fight ended up in a draw.)
Shadow: The Storm King isn’t going to give you what you want…
Tempest Shadow: …….. What!? What are you talking about!?
Shadow: (pulls out another Chaos Emerald and hands it to Tempest) He only cares about taking over the world and claiming the princesses powers for himself… if you want the truth, shout out “Chaos Control” on the count of 3, then follow me…
Tempest Shadow: ……….. Fine.
Shadow: 1… 2… 3!
Tempest Shadow and Shadow: CHAOS CONTROL!
(A rift opens up, Shadow jumps into it, Tempest hesitates but jumps in.)
Tempest Shadow: Where are we?
Shadow: We are in the past… more than a decade ago when you were a filly to be precise. Right now we are in the Storm King’s lair… take a peek in the room over there. (points to a door that’s slightly opened)
(Shadow and Tempest peek inside.)

Storm King: (Walking in circles) I must find a way to take over that kingdom, I must have that power! But how?
Storm Soldier: Sir, what if we hired a pony who lives in Equestria, one who knows their way around the kingdom and has lost something in the past, and is willing to do anything to get that thing back.
Storm King: Hmmm… could work, but almost every pony in Equestria is happy. Who would be willing to work for an evil king like me?
Storm Soldier: Uh… sir, three nights ago, I heard a purple filly in a rural town ran away because her friends abandoned her and she lost her horn.
Storm King: “Lost her horn?”
Storm Soldier: To some bear or something… some monster clawed her horn off from her head. All she can do is shoot lightning now, she can’t use any magic.
Storm King: “Shoot lightning?” Hmmm… sounds powerful… find her! Bring her to me! I’ll make a deal with her, if she helps me take over Equestria in the future, I’ll reward her with a new horn.
Storm Soldier: But, your highness that’s impossible, unicorn horns and pegasus wings can’t be restored!
Storm King: Exactly! Don’t you get it? I’m going to use her…
Storm Soldier: Huh… that’s actually not a bad idea sir!
(In the other room.)

Storm King: What!? Why!?
Shadow: (closes the door behind him) You villains never seize to make me laugh… you think you’re so powerful… but in the very end, you’re nothing…
Storm King: Who are you!? What’s going on here!?
Shadow: (pulls out a gun and shoots the Storm King in the leg)
Storm King: AHHH!!! Seriously!? What is going on!?
(The Mane 6, the princesses and Sonic characters begin stepping out of the shadows in the room.)

Rainbow Dash: You could say that, “you’re toast…” 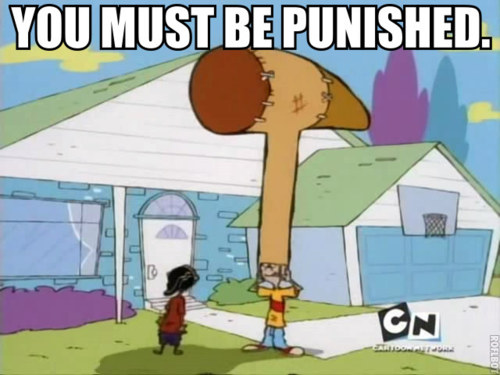 Honestly, the only thing I can picture during the fight between Tempest Shadow and Shadow the Hedgehog? Is that Tempest put up more of a fight than Infinite the Fluffy Bunny.

Literally, the fact that she made up for her lack of magic with strength would impress the Ultimate Life Form more than Infinite and his use of the Phantom Ruby. It’s not a lot, but still…