Celestia adored being a princess. It wasn't out of some vain ego-trip fueled by the immense power she wielded, nor some childish desire that would make her giggle in delight at the mere sound of the name 'Princess Celestia' (Though in truth, she did still feel that way from time to time). No, what made Celestia love her position was being a leader to her people. She loved the responsibility, she loved the adoration, she loved being a guiding light to all Equestrians. She was their protector, throwing herself between them and whatever threatened her kingdom. She was their figurehead, equally as powerful a symbol as she was a leader. She was their peacekeeper, ensuring harmony in her kingdom in all things. It had its hardships, its sacrifices, and she had known both more than any, but still, she persisted.
The weight of the crown is heavy, but it was a burden she was happy to bear.
But there was one thing, one little thing, that Celestia absolutely hated. One thing that made her want to throw her tiara into the sky and smash her throne to bits.
That thing was trade agreements.
Celestia cradled her head in her hands, letting out a long, frustrated grown as she shoved aside the scroll on her desk. This was the seventh revision of the contract between her own kingdom, Griffonstone, and Yakyakistan. Three weeks ago, a massive vein of silver had discovered along the borders of all three nations, and Celestia was left with the unenviable task of working out the rights to it. The mere thought of that made Celestia inwardly cringe again. Getting two heads' of state to share anything was like getting two toddlers to stop fighting without the option of putting them in time-out.
To the nigh-immortal god-queen, that metaphor felt especially apt.
Finally deciding her plan of just banishing both of the bickering leaders to the moon wouldn't be especially diplomatic, Celestia pushed herself back up and grabbed an eighth scroll, ready to begin anew. Her phoenix feather quill danced across the parchment, pausing only when she couldn't decide between addressing her two squabbling counterparts as "honorable" or "respected", both of which were equally untrue. She finally decided on "respected" figuring they both thought highly-enough of themselves to justify it, when there was a soft knock on the heavy oak door to her office.
"Come in." Celestia sighed, not able to hide her annoyance.
The door pushed open a crack, before closing again, seemingly of its own accord. There was a soft 'tap-tap' of footsteps along the heavy ornate carpet in front of the desk, and Celestia looked up to see who had interrupted her.
Only, there didn't seem to be anyone there.
Celestia raised an eyebrow, confused. Someone had clearly come in.
"Hello? Are you there? Show yourself!"
"Hi Aunt Celly!"
Celestia nearly jumped out of her chair, only half-expecting to get a response. Composing herself, Celestia sat up and peered over her desk. There, waiting patiently on the other side, was Flurry Heart. The child was dwarfed by the desk, only her stubby horn poking over the top of it. The newest princess looked up at the oldest with her usual bright, shining eyes, and Celestia breathed a sigh of relief. Well that explained it. Celestia patted her knee, inviting Flurry to come around to her side, and she picked up the filly, sitting her on the desk. Celestia felt the faintest hints of a smile on her lips. It was hard to be angry with the little princess around, there was just something about her. Her mother being the embodiment of love might have had something to do with that.
"What brings you here, little one? Wouldn't you rather go play?" Celestia asked, but Flurry shook her head.
"Nuh-uh. Playing's boring."
Celestia blinked several times, visibly confused. Well that was new. All these centuries later and she could still be surprised.
"Playing is… boring?" Celestia repeated, and Flurry nodded.
"I see." Celestia chuckled, and gently nudged Flurry off the parchment she had unintentionally sat her down on. At least she wasn't sitting in the ink. She began writing again, and Flurry leaned over, trying to see what she was doing.
"Whatchya doing?"
Celestia was about to give a dismissive "oh, just some paperwork", but then had an idea. Flurry was a princess after all, and she should have some idea of what that meant. Celestia sat up, unfurled the letter demand- Er, requesting she negotiate an agreement between the nations, and showed it to Flurry.
"Well, I have a problem. We recently found a large vein of silver ore, and both the Yaks and the Griffons want some of it. I need to figure out how much they each get. What do you think I should do?"
Flurry pulled herself into a kneeling position with all the grace one could expect from a small child, causing Celestia to magically snatch up the ink bottle before she knocked it over with her legs, before the smaller princess picked up the letter. She held it out in front of her, her eyes narrowing and muzzle scrunching up in concentration as she read — or at least pretended to read — it over. Despite her being a Sparkle, Celestia was fairly certain this was a tad above her reading level.

"The griffons are poor, right?" Flurry finally chirped up. Celestia nodded.
"I wouldn't exactly say that, but they have fallen on hard times ever since their treasury was stolen."
Flurry stroked her chin in thought, letting out a long "Hmm…" as she mulled it over.

"So they should get more, right?"
"Well, I suppose, but don't you think the Yaks will be upset by that?" Celestia asked, but Flurry shook her head once more.
"The Yaks should share. It's a element. Gener… Genna…"
"Generosity?" Celestia suggested.
"Yeah. It's Genner-stee. They should let the griffons have some 'cause they need it."
Celestia nodded slowly, taking in the child's simple, but not unreasonable, logic.

"True, it is an element. But the Elements are followed by us ponies, yes? Not everyone else agrees with them."
"But they asked a pony what to do."
Celestia was caught off-guard. She hadn't considered that. Flurry was right. She smiled at her grand-niece, feeling proud of the little filly. She was growing up to be a fine princess. But there was one more thing.
"True, true. But, what if the Yaks don't wish to share?"
"Then they're jerks!"
Celestia audibly snorted with laughter, nearly tipping out of her chair. Flurry looked indignant, a spark of righteous fury at the hypothetical greed of the yaks in such a scenario, and that only made Celestia laugh more.
"T-true! But let's not say that out loud, shall we?" Celestia was finally able to wheeze out, and Flurry looked satisfied.

2 comments posted
Background Pony #0FCC
Cute! Flurry is so cute to call the yak jeck! hahahahaha! she try to be a good princess!
Posted about a year ago Report
Link Quote Reply 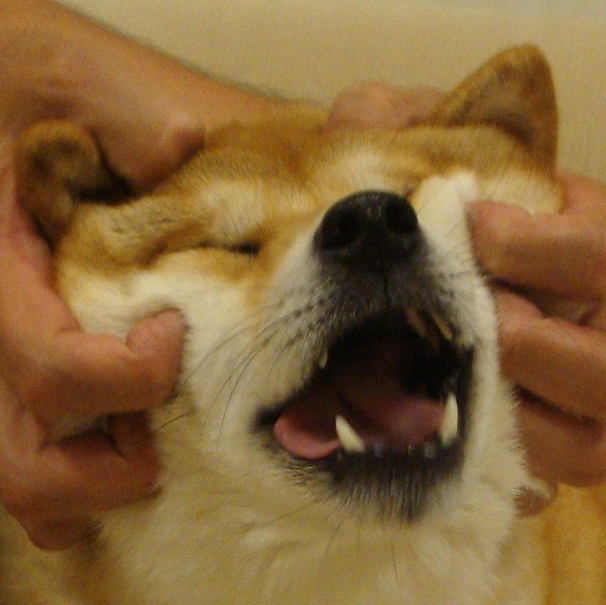