Sombra;
Headcanon for the Eqqverse
bit more of a WIP

This leans a good bit on Sombras Comic appereance plus his childhood friend from said comic.

As shown in the comics Sombra is part of a race of creatures called Umbrum, my headcanon here is that they are closely related to Kirin or a corrupted for of them (possibly originating from prolonged Nirik shifts ?)
Being forced into the form of a small horse when you are actually a big cloud of nasty hate and venegence can mess you up, being bullied and hurt by the symbol of hope and energy in the middle of your city, don't help.
Basically the Sombra we know has been put through a lot of shit, since he was young he has been plagued by visions of his descent into evil, the whispers of the 'family' that pressured him into becoming a small amnesiac horse to ursurp the people he's been raised to feel kinship with ?
It's a mess.

After his original return and the general happenings in the comics (Radiant Hope having been with the Umbrum and returning to help and heal Sombra and chaos ensuing), sombra is redeemed.
In this case Redeemed means more cleansed ? His violent and poisoned mind and being was put through the wringer, he was set up to fail because he was sent out as a creature as malice while not actually having done anything to garner said hatred and anger.
Hope and Celestia worked together to find a spell that filtered the nasty and old out of Sombras magic to return him to a more stable and pure form, leaving behind his years and values as a Pony when he was a good and resilient colt, working along his friend and supporting her despite never fitting in himself, he still remembers the bad things he has done but after his long exile and repeated painful sessions of cleansing and Sealing it was aggreed that he neither deserved further punishment nor was a danger to the Ponies around him.

tldr:
Sombra got blasted with goody-two-shoes magic but instead of turning into a green eyed prince charming he was just filtered down into his 'original' form which I HC to be a Kirin.
He did not take well to his magic tho and requested to have his horn rebroken and sealed as he's hurt and done a lot of wrong with his magic and does not see a point in it, yes that syay hurt but he had Hope to help him thru.

Just as in the comics, Sombra and Radiant Hope were released to travel together, smiling widely and carrying nothing but their own hides on their back the couple set out to see what they've missed in the past decades.

The last time Sombra was even in-officially seen was a rumored clash with the Guide of the Sun, Celestia herself.
Supposedly he wore his bloodred robes again, a chrystaline red horn and a snarl under dead eyes that was nothing like his former boisterous self.
Of course Celestia has no comments for the press.

Alright !
Excited to have gotten more precise questions, it's a lot easier to narate if there is a narrow direction rather then ''tell me everything'' that kind of erases the whole reader interaction thing a lil XD
Anyways, Sombra is a favorite of mine, I like what the comics did with him even if they continue to be quite messy in a lot of places, but I see no reason why I shouldn't draw inspiration from them.
//shrug

wanna know more info ?
Ask about my NG !
This image is blocked by your current filter - click here to display it anyway

4 comments posted
Background Pony #D00B
But get crystal umbrum hit in the sombra umbrum evil, i never to again and no like(king).
Posted 2 years ago Report
Link Quote Reply

Lady of Ships and Birbs
I like HopeBra as well and I think the idea of Sombra originally being a Kirin is an interesting idea (definitely explains the fangs and the abnormal looking horn and mane).
Posted 2 years ago Report
Link Quote Reply 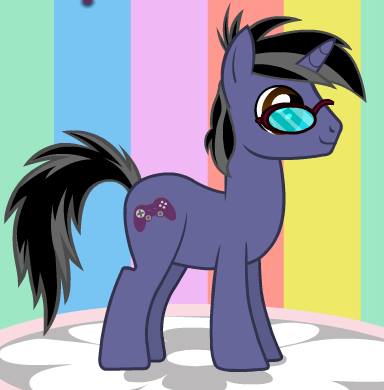