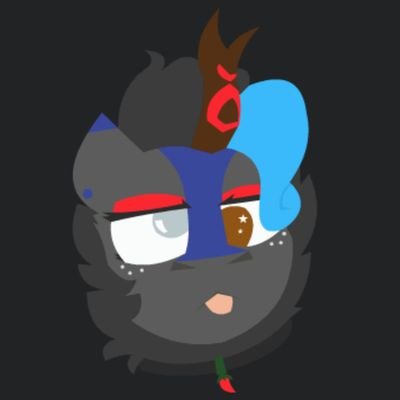 The Prodigy Unicorn
@Brainiac
It's not because of it being bad, it's because it's off topic. Stuff like that should be left to forum or the related image.
Posted 2 years ago Report
Edited 2 years ago
Link Quote Reply

Badge Collector
@Background Pony #2D7A
Its not about them

Actual Horse
I have been having buttsex with traps for the last 2 months and still not gay. Your image is a fallacy.
Posted 2 years ago Report
Link Quote Reply

The Prodigy Unicorn
@Antonyourknee
Yeah and it always make me dumbfounded I see it.
Posted 2 years ago Report
Link Quote Reply

A waste of biomatter
@Cyan Lightning

There never should have been any political nonsense
on this obvious "joke" image at all,but alas thats just the world we live in.

Nah, good news is that those attitudes are largely being abandoned.

There are edgy teens who espouse white supremacy, sure, but there are less and less of them, especially compared to just mere decades ago.

It doesn't pay to be racist.

Actual Horse
@Brainiac
Don't be silly, everypony is a white supremacist nowadays, it was but natural.

BTW, I did some field test and I can assure that traps are indeed gay.

But the "right" they want to "drive" people to is the far right. The part of the right that actually does think white people should have their own little private country where people of other races aren't welcome. This is /pol/'s general position.

Nobody thinks it's not okay to be white. People do think it's unnecessary and combative to declare that it's okay to be white. It's implying a conflict where there is none. That's the issue: Not the content of the words, but the intent behind it.

Primo Victoria
@Zendigo
The whole point of the its okay to be white is for THE LEFT TO DRIVE PEOPLE TO THE RIGHT.

Trying to "justify" it with "the people who said it are bad, so it is bad too!" doesnt work, or do you believe that things like animal rights, opposing smoking on health based reasons and other actually good things are bad simply because bad people advocated for them heavily so you go out of your way to abuse animals and smoke into pregnant womans faces just to prove your not a bad person?


/pol/ didnt do anything here, except give the left a reason to go crazy at nothing. Its not pol (maybe in some cases on social media they could have done it to stir it up even more, but thats not really likely since they had the media do it for them) who made the news article after news article, news reports on tv, posts on social media calling it rascist, white supremacist and fascist…

And were talking about it still being done, the Australian Parlaiment voting on it (twice) and the drama it caused was fairly recent while the whole "Its okay to be white" is over a year old now.

And where do they talk about "misleading" anyone anywhere when all they had to do was sit back and let the left do a opposite "mislead" in their opponents favor?
Heck the op even tells them to remove any that have watermarks of url since the whole point is to do JUST A SIMPLE STATEMENT and let the left do their job for them.

My argument is that liking men doesn't automatically mean a is man gay; If that man also likes women, he'd be bi. Hence, "lol liking traps makes you gay" comes across as an oversimplification and seems to view sexuality as a dichotomy, where being attracted to a any members of the same sex in any capacity makes you a 100% homosexual person. Since that is what "gay" means.

"Gay" means exclusively attracted to the same sex. But it seems to sometimes be used to mean "having any attraction to the same sex at all, even if it's not exclusive." Which is incorrect.

It's /pol/. The rest of the board provides context for the intention here.

It would be like if this was brewed up by Stormfront. Sure, the post itself doesn't mention white supremacy or white nationalism, but it's obviously from a community that values those things.

The post itself declares its intent too: to mislead "normies" into believing that anyone against this campaign "hates white people." This isn't true.

Actual Horse
Anyway we need somepony to go have intensive high velocity buttsex with a trap to confirm this, any volunteers?
Posted 2 years ago Report
Link Quote Reply

Primo Victoria
@Zendigo
What was the intent of the people behind it? It was posted pretty openly on 4chan after all.

To show what a shitshow the people opposing it would make. You can say no one is against it, but their vitriolic oppoistion to it and attacking it says otherwise. The "white supremacy" "intent" was given to it by its opposition to justify their hatred of the simple words.

You yourself are obviously a victim of theirs (4chans) since they got you to do as they said people would, where in the "concept" does it even mention white supremacy in any way?

What would be the white supremacy intent?

Showcasing the (internal in some or most cases)hate some people have for whites (or maybe 4chan, but when it was being done most didnt know/care that it came from 4chan yet the reaction was there)?

Their "white supremacy" hinged on the left showing the reaction they predicted they would show and swiging people more to the right. W

hat you and those like you seem to equate to white supremacy. What would be your reaction to me saying i believe are left wing people are communist?

The "It's okay to be white" meme is arguing with a position almost nobody holds though, that it's supposedly not okay. The meme itself was drummed up by /pol/-users who actually do hold white supremacist views, so we can hardly blame people for rejecting the meme out of hand, given its sources.

People weren't disagreeing with the content of the message, but the intent of the people posting it.

Primo Victoria
@Zendigo
Eh of course its not "everyone" as thats rarely if ever the case for any thing anywhere. Though the "left cant meme" (meme) is more about the "political" or other such memes that can (and do) have an effect on our society. I would say and many seem to agree that the left is outclassed in that regard.

Here is a twitter post from a journalist(Tim Pool), who posted a meme and the aftermath of it

There is certainly a disparity in the usage and effectiveness of memes and honestly, yeah a bigger bigger chunk of the "left" leaning people seem to be unable or unwilling to "get" memes in general, not just some types of them(memes).

In cases like the news media and politicians, i would like to think that they just do it for money/attention. But thats a slim hope probably…

Also, i wouldnt say that everyone can meme, a good example is you yourself.

I already mentioned it, as did Brain as the creator of this here pic/meme. Its in most cases about the over the top reaction of people (mostly a certain more to the far left wing type but anyone can be the target since its about the reaction not the person) to such an image. Like Brains friends "reeeeeing" (maybe as a joke or seriously, no idea in this case) about the statement, even if done by a gay person.

While you still seem to believe it to be about gays and/or traps themselves. Most people having a strong/extreme reaction to such arent gay or traps themselves usually yet they are the "target" or such a meme. That being "easily offended" as the target rather then a more specific type like gay/trap.

Or another example thats pretty much the opposite is the "its okay to be white" meme whos mostly opposed by white (but left leaning) people and declared racist while the "target" is them, telling them that its okay to be themselves. (And also like most such type of memes, the end goal was the outrage and overreaction of them since well, the left cant meme so… xD )

I mean jezze, the australian parlaiment voted (twice) on it recently, the frist time it was rejected 31-28, but after media outcry and attacks on the senators it was completly "crushed" in the second vote.

I think it could be that right and left-leaning people tend to find different things funny. Obviously this isn't universally true, and far be it from me to make sweeping general statements about either side or anyone in between.

But it's probably more to do with different outlooks leading to different senses of humor. For me personally, it's hard for me to enjoy laughing at people just for being different in some way… Whether it's sincere or not, the chance of it hurting someone always gives me pause and makes me uncomfortable with those kinds of jokes. Not so much because I'm particularly sensitive or upset by them, but because others might be.

Everyone can meme, but not everyone is comfortable meming about the same things, maybe?