Oh hi, Markdown. We are migrating the site to use Markdown. This is currently in beta testing phase. Click here to learn more.
Pony with care! Remember to tag images from or revealing story of the G5 movie with spoiler:my little pony: a new generation, and report any images of camrips/leaks for Rule 1!
85 125 121 4 30
Subscribe
Galleries
Featured in
Sign in to create a gallery
Related
View VS Download DS
Uploaded 2 years ago by Ice Star

Dag1984
Great Value thin crust pizza is still pretty good. The ones that use the rising crust turn out either hard or chewy.
Posted 2 years ago Report
Link Quote Reply

There’s no Great Value where I live, but I know what people mean by my experiences with Euroshopper. Their rice would stick to your pans, their cola tastes like it was a rejected Dr. Pepper flavour and the toilet paper, now that’s a horror story! You’d make less of a mess if you just used your fingers to peel the skids off your buttcheeks. The moment that tissue gets wet, it starts to dissolve, leaving you with small stray bits of paper glued to your exit-only, it’s nasty! You had one job, Euroshopper toilet paper. One job!
Posted 2 years ago Report
Link Quote Reply

@Goddess Erosia
Also use Aim toothpaste from the dollar store

I dunno how it works in other countries, but the existence of dollar stores in the US means there is absotootly zero reason to ever shop at Wally World; they don’t actually charge any less for name brands than a real grocery store run by real human beings, and their shitariffic ~Great Value~ generics are still more expensive and equal-to-or-lesser-than quality than what you can get at a dollar store.
Posted 2 years ago Report
Link Quote Reply

Goddess Erosia
please call me mom~<3
@Background Pony #97ED
As for the Great Value label, it’s more than that. Some things are actually worth it, others obviously aren’t. Maybe canned vegetables are still a good idea, but their pizza sure as hell isn’t. Usually you’re right with the fact they’re actually made in the same factory, and are just the rejects, but idk what Great Value pizza was even trying to be.
You also have to compare the price per ounce of food, because they purposefully balance some things out to make it either the same price or actually more expensive in some instances to buy the generics.
Also another thing where generics or dollar store products can actually be worth it is certain body care and drug items. If you’re okay with Acetaminophren as opposed to other kinds of pain killers, NEVER actually buy the Tylenol brand name. You’re much better off with the generic version that gives you ten times more pills per dollar - the quality control difference is too minuscule for the body to really care about. You’re not any more or less likely to poison yourself there.
As for body care, if you have short hair that isn’t too difficult you should start getting body wash and shampoo from the dollar store instead of name brands. This one’s a 50-50 thing though because some people, man or woman, really would need the higher quality product. I myself have long, unruly hair, as well as a dandruff problem, so the only way for me to be silky and clean feeling is to use Head and Shoulders with some Aussie conditioner.
And ignore gender labels, it really shouldn’t make a difference - soap is soap. My dad used to use Aussie all the time because it was the only thing that kept his hair in line.
Also use Aim toothpaste from the dollar store instead of the big name brands like Crest and Colgate. The “number one dentist approved” label means nothing, years ago they got that result by paying people to go ask carefully biased questions to a bunch of dentists based on /brand names/ they were familiar with, it has nothing to do with quality. The main thing that Crest does to clean your teeth is just fluoride, and Aim has just as much of it. The only difference is Aim doesn’t use as much /minty flavoring/ which a lot of brands use to falsely make you /feel/ like it’s somehow more powerful when it’s really not.
The price difference between a giant thing of Aim and your average toothpaste at a supermarket is outstanding too - you can get a thing of Aim that’s twice the size of most standard tubes you get anywhere else for a dollar or less, but take one trip to Target and you can find a smaller tube of Crest for $3.99 or more.
Also if you really want to get technical with it, I’ve heard some people say that the way mainstream product formulas work makes the fluoride not bind to your teeth as much as it should, so you end up needing more of it. But I don’t know if that’s true or not. It just sounds like something a company would do.
Posted 2 years ago Report
Edited 2 years ago
Link Quote Reply
Background Pony #FB19
@Nightweaver20xx
Great Value peanut butter is Peter Pan peanut butter. Years ago, a plant where Peter Pan peanut butter was made had a problem which required a recall/throw away. It also affected the GV peanut butter that was made there.
When it comes to canned food, it just means the corn or peas are smaller since the bigger ones were retained by the brand name. The smaller stuff is still canned like the brand name but a different label is applied.
Where generics fail is comparing things like plastic garbage bags or batteries to the name brands. A generic AA battery will quit sooner than a Duracell but if it’s in something that doesn’t get used much and is non critical then it’s fine. Use the Duracell in high use and critical devices. The generic bags will tear easier since they’re thinner.
Posted 2 years ago Report
Link Quote Reply

Evil
@Background Pony #3890
What the fffffuuuuuu~
Posted 2 years ago Report
Link Quote Reply
Background Pony #4690
@Goddess Erosia
Mostly because there was a promotion almost a year ago with ponies on the boxes.
This image is blocked by your current filter - click here to display it anyway

your current filter.
Unfortunately the promotion was only in Mexico.
Posted 2 years ago Report
Link Quote Reply 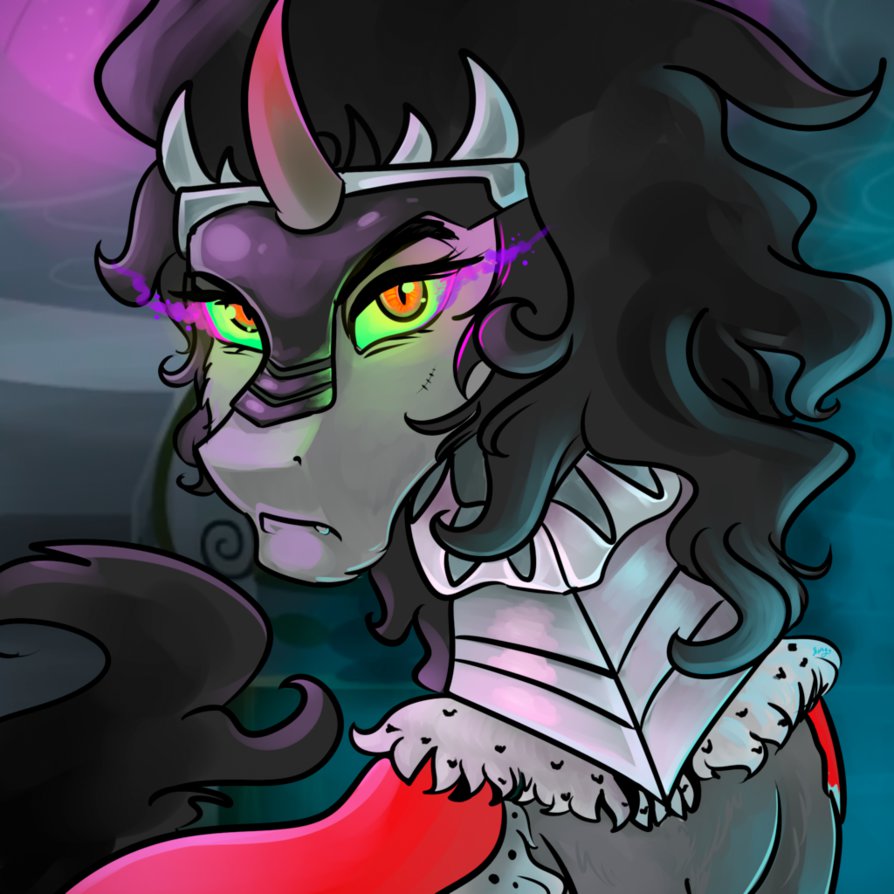 Delightful Demon
Literally where have half these tags come from?
Posted 2 years ago Report
Link Quote Reply

Goddess Erosia
please call me mom~<3
@Flummoxed Phoenix
I think a good example is off brand cereal, sometimes. You have to be careful and check that you’re actually getting a better deal though. To me at least a few of the generic ones are worth it.
Posted 2 years ago Report
Link Quote Reply

@jaimeastorga2000
I think it depends very much on which generic item we’re talking about. Some of them really are as good as name brand and others are clearly inferior.
Posted 2 years ago Report
Link Quote Reply
Background Pony #EC43
In Canada we have No Name it is absolutely a better value with equal quality to name brands for most items. I would not go with No Name for pizza, cereal, lasagna, or some other specific items. Otherwise it’s great.
Posted 2 years ago Report
Link Quote Reply

Goddess Erosia
please call me mom~<3
Great Value is a good idea for a few things here and there. Mostly chips.
This is the absolute worst example of the off-brand. This, is pure garbage. Don’t even think about trying great value pizza, you’re better off going to Cici’s. And don’t even get me started on Cici’s.
Posted 2 years ago Report
Link Quote Reply

Evil
@Cyborg_pony
Glad someone agrees with me.
I’m a strong believer that generic brands use inferior ingredients and preparation techniques, so I’ll spend the extra money. But thanks for all of your concern.
Posted 2 years ago Report
Edited 2 years ago
Link Quote Reply 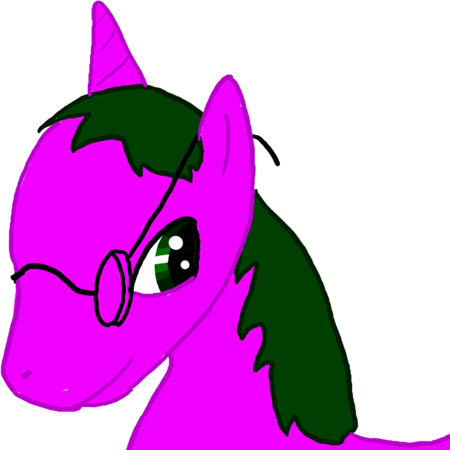 @Nightweaver20xx
Great Value is just as good as brand-name products. Do a double-blind test and you won’t be able to tell the difference. No, you won’t get rich saving $1/box on your purchases, but neither is there any reason to fork over extra money just because the other product has a famous name on the box.
Posted 2 years ago Report
Link Quote Reply

@Nightweaver20xx
Look, if it wasn’t actually a great value then they wouldn’t be allowed to call it Great Value.
Look up Truth in Advertising laws. Educate yourself.
[/s]

Posted 2 years ago Report
Link Quote Reply
Background Pony #6E26
@Nightweaver20xx
Well, I buy chips and cheetos from GV.
I know they are very generic, but with mt budget at least they are an affordable little sweet tooth for me.