Nightmare Moon: (Trots up to the Opera House with ground-shaking steps, smirking devilishly) "Humans! I have come for the evening show! I shall grace this performance of your symphony with my dark presence. You tinies should consider it an honor that Nightmare Moon herself-" (she suddenly breaks off, an idea striking her. Her anger melts away as a smug look spreads across her face. Smirking, the dark alicorn leans her head downward staring right at the human guard.) "…You say the symphony doesn't perform until this evening? Well…"

(Her horn glows with purple miasma, and her eyes take on a soft light. As the glow of her magic builds around her horn, so does the light from her eyes. In fact, it seems as if she is sucking the very light from around her, calling in darkness. Above, the sky speeds through the arc of the sun at an unnaturally rapid pace, racing through the daylight hours in seconds.)

Nightmare Moon: "THE EVENING SHOW WILL BE SOONER THAN YOU THINK!!! HA HA HA HA HAAA!"
(The moon soon rises, full and beautiful, lighting up the now-nighttime sky. All the while, Nightmare Moon's eyes and horn are still aglow, noe even brighter in the night. Eventually, though, they return to normal.)

Nightmare Moon: (stunned by his casual tone) "Wha…You—you're not even scared? I just wiped away the daytime!"

Guard: "Just the other day, a unicorn came through here—Disk Jockey type, had an Earth Pony with her, but she was more classy. Anyway, DJ pony starts raising a stink about how some obscenely loud bass speaker she toted around was seized by the coppers, going on about how she'd flatten anyone responsible with her rump, then finally gets really bloody mad, and her mane and tail become a collumn of blue fire soarin' two hundred meters in the air. After that, a little fast-forward trick just dosn't have the same…'Oomph'."

Nightmare Moon: "I…see. Well, here is me ticket, human. Thank you for being…cooperative."

(She levitates him the ticket, turns into a glowing mist, and slithers into the Opera House.) 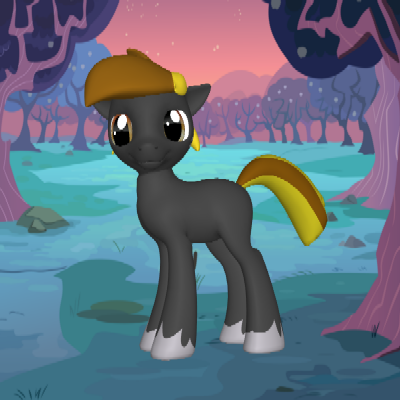 
This is more likely what we'd say behind her back.
Posted 2 years ago Report
Link Quote Reply